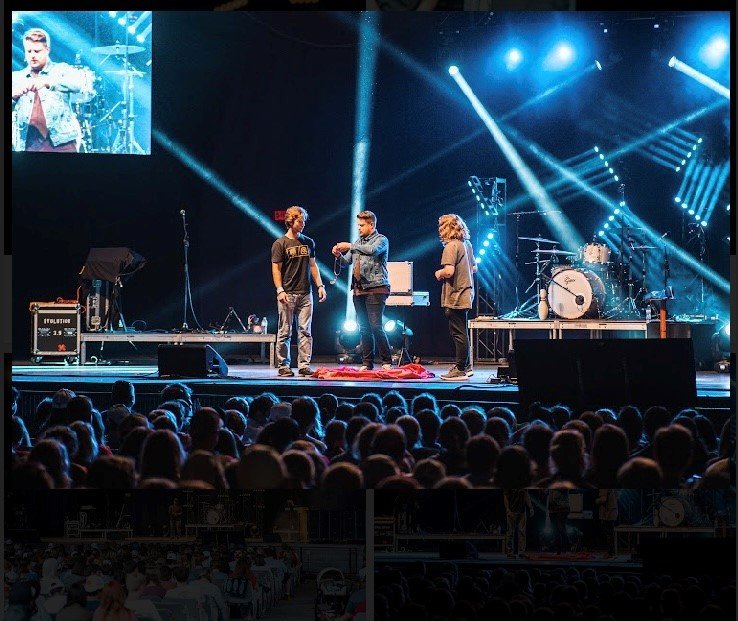 VALDOSTA, Ga. – The number of Baptist ministers may be on the rise in Georgia in the wake of an evangelism conference for teens held last week at the Wild Adventure Theme Park in Valdosta.

Organizers of the MOVE Conference said more than 30 students said they’re feeling called to full-time ministry while another 16 made salvation decisions and six rededicated their lives to Christ.

“We’re very excited,” said Chris Trent who, as Next Gen catalyst for the Georgia Baptist Mission Board, oversaw the event. “I think what’s most incredible about it is, once we recognized the need to get back to extending an invitation to those who might be called, we’ve seen tremendous responses at every event we do.”

The MOVE Conference is the largest winter evangelism initiative for teenagers in Georgia. In all, 131 churches brought nearly 2,500 students to the event.

The teenagers exploring a call to ministry will be invited to be part of the Georgia Baptist Mission Board’s Called to Ministry initiative, which was established last year to help prepare Georgia’s next generation of pastors, missionaries, evangelists and other church leaders.

Through that initiative, students gather online once a month to talk with experienced Georgia Baptist ministry leaders about what lies ahead.

The first such meeting was held last August and involved students from across the state.

“There are students throughout this state who feel called to ministry, but for whatever reason we have begun to pull away from challenging people to respond to that call,” said Levi Skipper, who leads the Mission Board’s church strengthening initiative. “We want to revive that.”

Skipper said the goal is to create smoother pathways for the next generation of ministers.

“I am confident this process will help us raise up a new generation of leaders to help strengthen churches,” he said told Georgia Baptist leaders last summer.

“That’s where we can really come alongside and really help a pastor and his church,” he said when the Calling the Called initiative was first introduced. “Just imagine the difference this could make for the state of Georgia as it continues to grow. We’re going to have leaders who are developed, leaders who are encouraged to join our Baptist institutions, and, when it comes time for you to look for a staff member, there’s actually going to be a pond filled with great, great leaders for you to fish from.”