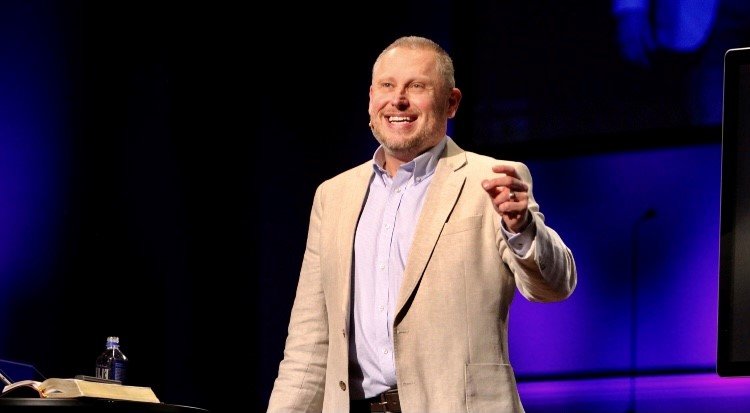 ROCK SPRING, Ga. – COVID-19 may have impacted lots of things, but it didn’t impact giving at Peavine Baptist Church in north Georgia.

Peavine, which has been recognized as one of the fastest growing churches in America, prospered financially during the pandemic, paying off a debt that had stood at $2 million just four years ago.

To celebrate being debt-free, Pastor Joel Southerland had considered burning the bank note, the traditional way churches have marked such milestones. But instead of that, Southerland challenged his church to mark the occasion by giving away money.

The proposal drew a standing ovation from churchgoers, many of whom were moved to tears by the act of generosity.

“Our church has given so generously during COVID that we’ve been making additional payments on the debt,” Southerland said. “We finally got it down to $300,000, and I told the finance committee, ‘Why don’t we just pay the debt off?’ They were thrilled with that.”

But they were no more thrilled than the entire congregation when Southerland stood before them to explain:

There was a dramatic pause before he excitedly continued.

That news touched off a rip-roaring ovation.

Southerland reached out to Kevin Ezell, president of the North American Mission Board, to identify recipients for the offering.

That news touched off another boisterous standing ovation – and the largest offering in Peavine history.

Southern Baptists have planted 8,200 churches throughout North America over the past decade. Of those, 588 were started last year. And all have financial needs.

“I am so thankful for a pastor and a church that are so generous in their love and support of our missionaries,” Ezell said. “Joel is an incredible model of servant leadership.”

Southerland said the Lord has blessed Peavine, a rural church about 20 miles south of Chattanooga, throughout the pandemic.

“We just feel like God’s hand was on our church during that time,” he said. “Our people became uber generous. What we thought would be a time of shortfall turned out to be a windfall.”