Cliff Duvall – a man who walked with God 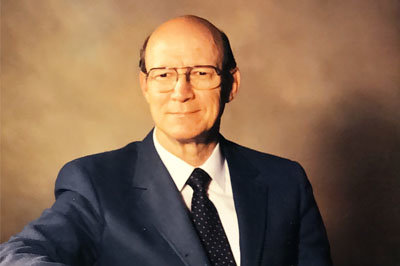 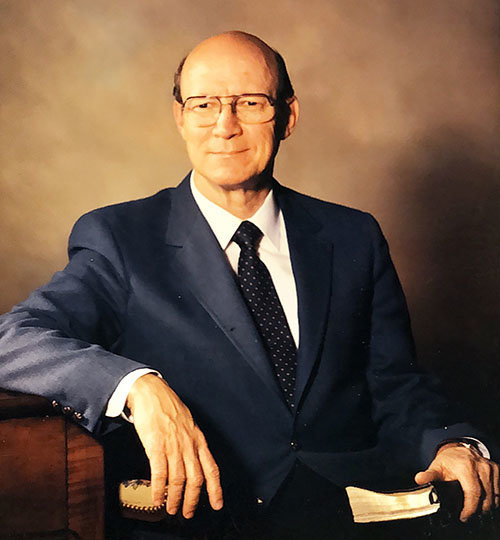 Cliff Duvall was more than a minister. He served as a Southern Baptist statesman for decades, in the process discipling others to greater effectiveness in ministry. PHOTO/Special

SMYRNA — Clifton (Cliff) Duvall was a gentleman’s gentleman, a pastor’s pastor, a Baptist statesman, a respected and beloved husband and father, and a gracious and exemplary Christian. Like Enoch of old, he was a man who walked with God. He went to be with the Lord on Thursday, Aug. 23 at age 91.

As a pre-teen Duvall went to a tent revival meeting on the Moreland Avenue School grounds where Jesse Hendley, one of Georgia’s most noted pastors and evangelists, was preaching the Gospel and he was gloriously saved. Hendley’s sermon was based on Daniel 5:27, where God’s Word says, “Thou art weighed in the balances and found wanting.”

During the invitation the young Duvall said to his mother, “I need to go.” When he got to the altar a layman in a suit and white shirt asked him why he came to the altar.

Cliff said, “I want to be saved.” The layman knelt with him at the altar and led him to the Lord and Jesus came into his heart.

Cliff was president of his senior class in high school and upon graduation began to work with the Southern Railway Company in Atlanta. Duvall then became a part of the U.S. Navy, where he served in WWII. He was trained as a radio gunner in an airplane, but the war ended before he went overseas. His role in the Navy gave him a fear of flying and he always had a special fondness for the words of Jesus who said, “Lo, I am with you always.”

After he was discharged from the Navy, God called him into the Gospel ministry largely as a result of the preaching and influence of Dr. Hendley and he faithfully served the Lord in Christian ministry for more than 60 years.

Duvall prepared for the ministry by going to Columbia Bible College, where he met Mary. They married in 1948 and celebrated 70 years of marriage just two days before he died. During his time in college, he pastored his first part-time church in Charleston, SC.

After completing his studies at Columbia Bible College, Cliff and Mary moved to Louisville, KY where Cliff studied at Southern Baptist Theological Seminary. During his seminary days he pastored two more part-time churches in Kentucky.

After seminary, Duvall was called to Haygood Avenue Baptist Church in Barnwell, SC, his first full-time pastorate. The Duvalls were in Barnwell for three-and-one-half years before moving to Locust Grove Baptist Church in Smyrna, where they stayed for twelve-and-one-half years. During his tenure at Locust Grove the church grew from 250 to 500 in Sunday School attendance.

He was minister of outreach at FBC Smyrna for three years before moving to Piedmont Baptist in 1972, where he served for another twelve-and-one-half years. During Duvall’s pastorate at Piedmont the church was in the top one percent of the fastest growing churches in the Southern Baptist Convention. Much of the growth of the church was due to his hard work – knocking on doors in the neighborhood.

While Cliff was pastor at Piedmont, James Merritt, pastor of Cross Pointe Church in Duluth, was on his staff. Merritt stated, “I had the great honor and distinct privilege of serving with Cliff Duvall as youth pastor when he was pastor of Piedmont Baptist Church. Put simply, I never met a finer Christian gentleman with a more passionate love for Jesus than Brother Duvall. I consider him one of my fathers in the minister and his impact on my life remains to this day.”

According to his son-in-law, Joe Ringwalt, who spoke at Duvall’s memorial service, he had a heart for missions. Ringwalt commented, “He was always talking about the Lottie Moon Christmas Offering and gave generously to it.

“In 1984, he went to work for the Home Mission Board, where he was the national consultant in Prospect Discovery in the Evangelism Department. This role placed him in a position to speak frequently at the Baptist Conference Center at Ridgecrest.”

Following his service at the Home Mission Board, Duvall went to serve in the Sunday School Department of the Georgia Baptist Convention, teaching and leading in conferences in Sunday School growth.

Bobby Boswell, associate executive director of the Georgia Baptist Mission Board, worked with Duvall in the Sunday School Department of the Convention after his tenure with the Home Mission Board.

Boswell recalled, “Wray Ivey and I interviewed Cliff for an opening we had in the department. It didn’t take but a few minutes into the conversation with Cliff to know that he was a perfect fit for the ministry position we were seeking to fill. It was an absolute pleasure to work with him on a daily basis.

“I soon came to the realization that Cliff Duvall was one of the finest men I had ever known. He was a gentleman in every way. He loved his family, the church, and had a passion for reaching people with the Gospel. He was a faithful witness everywhere he went. He was a genuine servant for Christ. He displayed a Christian spirit every day.”

Ringwalt, who serves as pastor of Rowland Springs Baptist Church in Cartersville, added, “He loved his work with the Georgia Baptist Convention, because Sunday School growth was his specialty.

“His church work was his life, his hobby, his passion. He loved talking about Sunday School. He wrote a book How to Discover Evangelistic Prospects. He would tell someone to go to Sunday School if they could only come for one hour.”

When Duvall retired from full-time ministry, he served at several churches as interim pastor including: Milford, Pine Grove, First Baptist Smyrna, and Poplar Springs. He preached in many revivals, conferences on soul-winning and Sunday School growth, and “too many funerals” – all in the course of 60 years of ministry.

Steven Kimmel, who was pastor of First Baptist Church in Smyrna prior to his retirement in 2014, was Duvall’s pastor for 23 years and often referred to him as the pastor of Cobb County. Kimmel stated, “He was my field supervisor for my Doctor of Ministry Program; and he took his responsibility seriously.

“He loved the church and I would like to think that some of that love for the local church rubbed off on me during our time together.

“Having a former minister in your church can be a bane or a boon,” Kimmel observed. “I’m so pleased to be able to say, having Cliff close by was always a boon for me. I’ve never seen anyone so completely sold out to Christ and to the ministry of the local church as was Cliff.

“He was a theologian, preacher, pastor, and churchman of the highest order. Whenever we had a thorny issue to deal with I knew Cliff would keep his thoughts to himself, but when I asked him directly (and privately) he would respond candidly and respectfully, even, and especially when he disagreed.”

Jeff Pennington, the current pastor of Smyrna’s First Baptist Church, commented, “It has been a great privilege to be Rev. Cliff Duvall’s pastor. If you knew Brother Cliff, you admired him. He loved Jesus with all of his heart, and out of that personal relationship flowed a lifetime of faithfulness.

“He deeply loved being Mary’s husband and the father of Joy and Carol. He was a passionate soul-winner, a committed discipler, and a shepherd who effectively led and cared for the congregations he pastored.”

Cliff Duvall’s survivors include his wife, Mary A. Duvall, daughters Joy (Chuck) Goodman, Carol (Joe) Ringwalt, and four grandchildren. The family has requested that donations in memory of Cliff Duvall be made to the Lottie Moon Christmas Offering for International Missions through your local church.