Cholera cases on the rise across Mideast 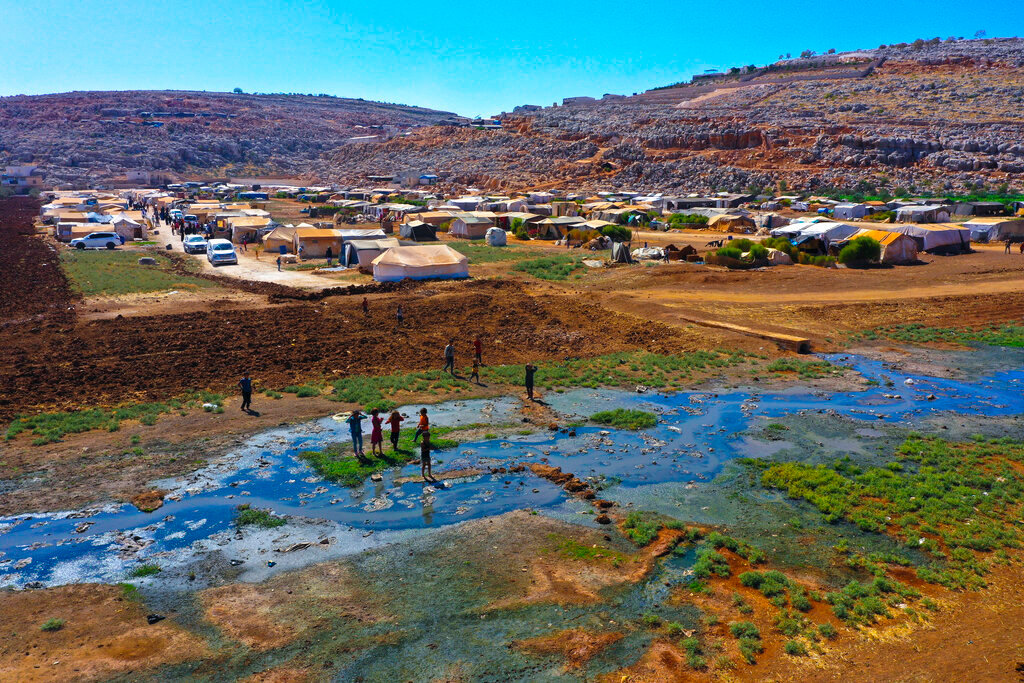 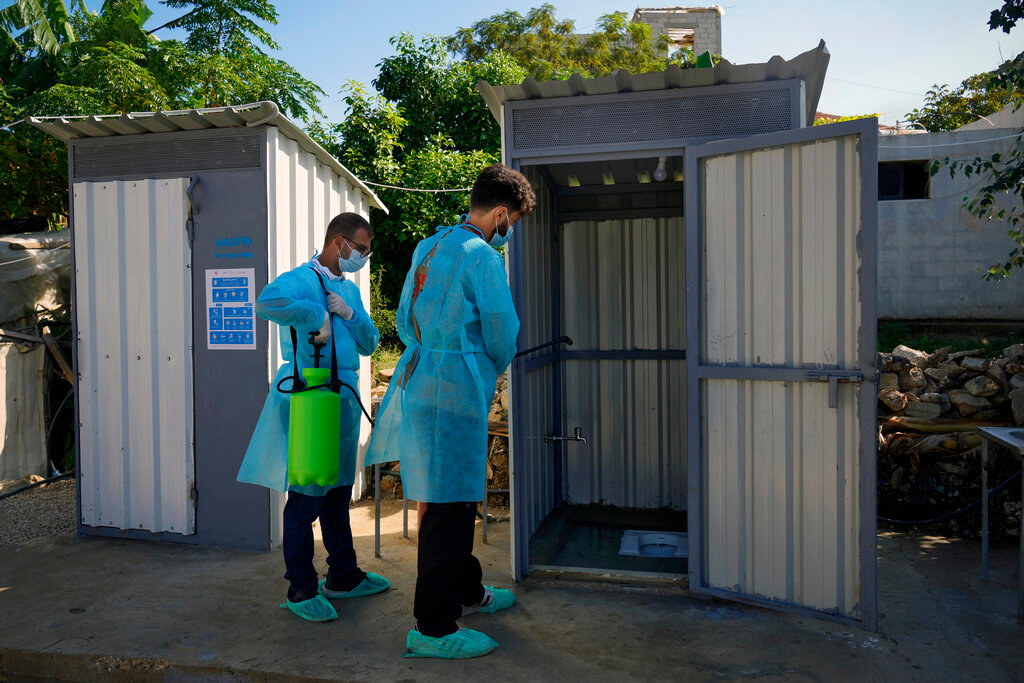 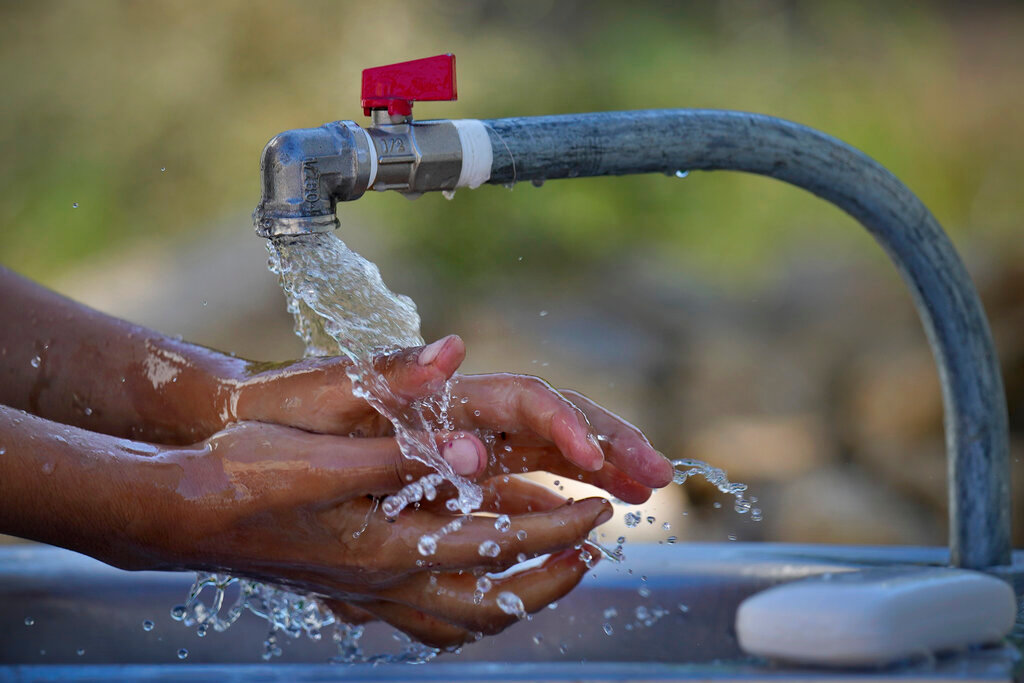 BHANINE, Lebanon (AP) — Shadia Ahmed panicked as rainwater flooded her shack one night, drenching her seven children. The next morning, the kids were seized by vomiting, diarrhea and other symptoms.

After an aid group administered tests for cholera in Ahmed's Syrian refugee encampment in the northern Lebanese town of Bhanine, her youngest, 4-year-old Assil, tested positive.

Cholera has swept across Lebanon, Syria, and Iraq as the countries struggle with devastated infrastructure, turmoil and housing large populations of people who have been displaced by conflict. Lebanon last month reported the first cholera case in nearly 30 years.

The bacterial infection has surged globally across dozens of countries this year, with outbreaks in Haiti and across the Horn of Africa as well as the Mideast. The outbreaks of hundreds of thousands of cases are a major setback for global efforts to eradicate the disease.

Anti-cholera efforts focus on vaccination, clean water and sanitation. Last month, WHO announced the temporary suspension of a two-dose vaccination strategy because production couldn't meet surging demand. Officials are now administering single doses so that more people can benefit from the vaccine in the short term.

A cholera infection is caused by consuming food or water infected with the Vibrio cholerae bacterium. While most cases are mild to moderate, cholera can cause death if it's not treated correctly.

“I would spend the whole night taking her to the bathroom, giving her medication, washing and sterilizing her,” Ahmed, 33, said of Assil, her child who got cholera. “I couldn’t sleep, and was up all night just looking at her. I feared the worst.”

Assil and her siblings eventually got better; she was the only confirmed cholera case in the family.

Across the border in Syria, officials and U.N. agencies announced last month that a cholera outbreak was sweeping the entire country. The outbreak in Syria is due to people drinking unsafe water from the Euphrates River and using contaminated water to irrigate crops, according to the U.N. and the Syrian Health Ministry.

In the government-held areas of Syria and in the country's northeast, held by U.S.-backed Kurdish-led forces, there have since been roughly 17,000 cases of cholera and 29 deaths.

In the rebel-held Idlib province of Syria, most of the 4 million residents are displaced from the conflict. They depend on international aid and live in tent camps.

Over half of Idlib does not have regular access to water. Many families use polluted water from wells are that close to sewage.

There have been 3,104 cholera cases and five deaths in Idlib province. Dr. Abdullah Hemeidi of the Syrian American Medical Society anticipates a surge this winter.

"The health care system in the area is weak,” Hemeidi said. “Medical organizations and local councils are trying to sanitize water and they are holding workshops to limit the spread."

In the Salaheddine camp in the opposition-held countryside northwest of Aleppo, children play near sewage. Community workers hold awareness sessions for residents.

“We're worried it will spread in our camp,” resident Jamil Latfo said.

Iraq has struggled with cholera outbreaks for years. In Lebanon, the disease was rare for decades.

Three years ago, Lebanon fell into an economic crisis. Most Lebanese now rely on water trucked in by private suppliers, and private generators for electricity. Utilities can't buy fuel and pump water into households.

Since last month, Lebanon has reported 2,421 cases and 18 deaths. About a quarter of these cases are children under the age of five. The Vibrio cholerae bacteria has been found in drinking water, sewer systems, and irrigation water.

The country hosts more than a million Syrian refugees. Most cases of cholera have been detected in refugee camps, Lebanon’s Health Ministry says.

In Bhanine, Ahmed and her children are tucked between apartment buildings, along with dozens of other Syrian refugees. The families live in weak wooden shacks with tarp walls and ceilings. They share three toilets and three sinks.

Like most households in Lebanon, camp residents buy water trucked in by private suppliers. The state does not test the water for safety.

“The water was contaminated but we had no choice but to use it,” resident Ali Hamadi said. “There was no drinking water, let alone water to clean, wash the dishes, wash our clothes or for the shower.”

U.N. aid agencies started providing clean water for the camp, while disinfecting walls and doors and holding information sessions. They're also donating fuel to the Lebanese government so that authorities can pump water again.

“The support we offer cannot replace the service lines and the national electricity grid, which is basically not functioning most of the time,” said Ettie Higgins, deputy representative for Lebanon of the U.N. children’s agency, UNICEF.

WHO has been working with Iraqi health authorities to help bolster their cholera response, visiting water-treatment plants and testing laboratories in Baghdad last month.

UNICEF said it urgently needs $40.5 million to continue its work in Lebanon and Syria for the next three months.

“These camps are fertile ground for the outbreak of an illness,” said Hemeidi, of the Syrian American Medical Society. “We won’t be able to properly respond to it unless there is an intervention with medical equipment and aid.”