THOMASTON – Around 60 choir members crowded into the loft at First Baptist Church of Thomaston Feb. 24, between the ages of 35-65. They’d come from as far as Connecticut and California for the weekend. But this was no typical reunion. Every participant was there because the influence of Leon Newman, retired music minister at First Baptist.

Doris and Stephanie Warnock, a mother-daughter team, put together the youth choir reunion to honor Newman, who was the music minister at First Baptist from 1973-2000. In addition to leading the adult choir, Newman invested heavily in the teenagers through youth choir.

“Back then, in the 70s, we didn’t have a youth group, so we had youth choir. It was the youth group,” Betty Callaway Welch shared. Welch, now a member of Harp’s Crossing Baptist Church in Hollonville, was one of the 60 who returned for what she described as a “homecoming” to sing in the choir led by Newman. 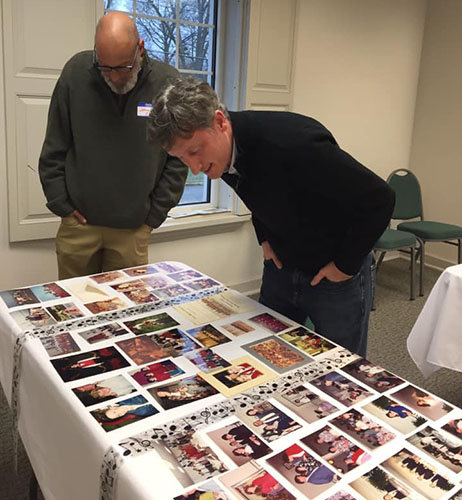 The choir performed arrangements of “Just a Closer Walk with Thee” and “Bright Cannan” during the Sunday morning services at First Baptist after only two hours’ practice the evening before. During their Saturday night chili supper gathering, former members of Newman’s youth choir shared fond memories and appreciation for Newman. Also during the reception, a table of pictures from years – and adventures – gone by was displayed.

Recalling Newman’s penchant for spontaneous changes, Doris Warnock said that even in adult choir they wondered sometimes “if he would be able to pull it off.”

“All of us got confident in being able to do something at the last minute. So that’s something I’ve been able to use since then,” added Stephanie Warnock, who still sings and plays hand bells.

But even after this brief practice nearly two decades after his retirement, Newman flawlessly directed the group. “It would bring tears to your eyes that in that short a period of time, they accomplished perfection,” Doris Warnock said.

Former students publicly reminisced on the many choir tours or mission trips led by Newman. Some reflected on the fact that he was the one to perform their wedding. For Welch, Newman played the trumpet at her dad’s funeral.

“It was so wonderful to be able to do that. People usually do that at funerals. It was so nice to honor him,” she recounted.

She also remembered the times he’d take the song they were practicing and explain the scriptural implications. Welch, a retired social worker with Georgia Baptist Children’s Homes and Family Ministries, added that so many of his former students went into the ministry or worked with music in general. 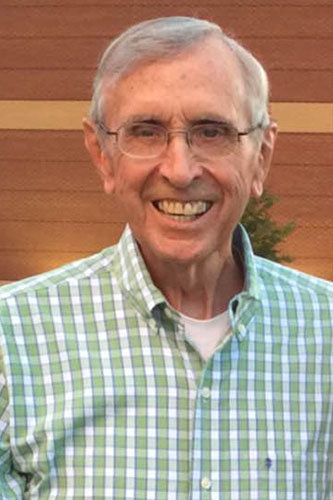 At the end of the celebration, friends who hadn’t seen Newman or each other in ages didn’t want to leave, Doris Warnock shared.

“My cup runneth over. I don’t know when I had so much fun,” Newman said while addressing the church before he led the choir. “It’s been so good to see each one of them. And I thank the Lord for this experience. It will be an inspiration for me for a long, long time.”

“It was very soul-satisfying to honor somebody with such strong Christian values, high morals, integrity, and top of his craft. He’s somebody who just still loves the Lord,” Welch added, describing the day as the “highlight of my year.”

Stephanie Warnock added, “This reunion far surpassed all of my expectations. It was such a joy to watch Mr. Leon’s smile and passion for music shine as he effortlessly slipped back into his role as director.”