Did you miss The Index video report at the annual meeting? Here it is. 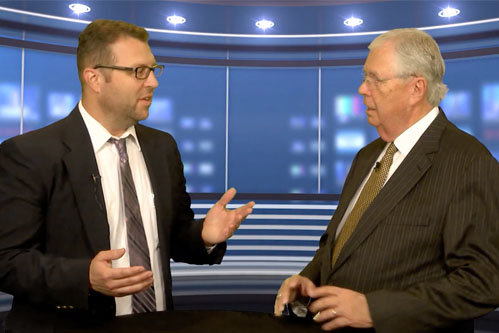 LAWRENCEVILLE — As one Mike and Mike was calling it quits, another appeared at the 2017 Georgia Baptist Convention annual meeting.

Temporarily borrowing the moniker of a popular ESPN morning show, Web Content Editor Scott Barkley and Editor J. Gerald Harris walked viewers through an explanation of The Index's online growth since going fully digital at the beginning of 2016.

In terms of "hits," or page views, Barkley explained how The Index is finding its footing online. This year has proven particularly informative, as Index staff for the first time can compare progress with the previous year.

Filmed in September, Barkley explained how Index readership had increased compared to the previous year to that point by more than 76,000 hits. Put it another way, online visits to to christianindex.org have averaged about that much in 2017 per month. So basically, readership has increased a full month compared with 2016.

Through mid-November 2017, that readership had jumped even more to roughly 83,000 more page views compared to that point in 2016.

To video aired at the GBC meeting can be seen below.

Christian Index Report from Georgia Baptist Mission Board on Vimeo.