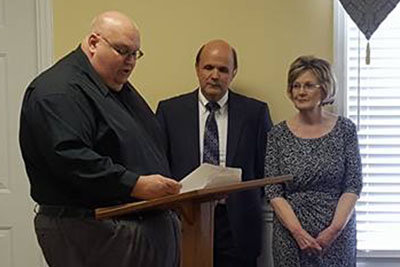 More than 100 church and associational leaders joined in the celebration to express their thanks for Rushing’s service to the two associations. Jeff Daniels, pastor of South Rossville Baptist Church and associational moderator, stated, “Eddy Rushing loves people. He loves pastors and he loves God. He is solid in his doctrine, sound in his convictions, and faithful in his service. What more could you ask for in an associational missionary?” 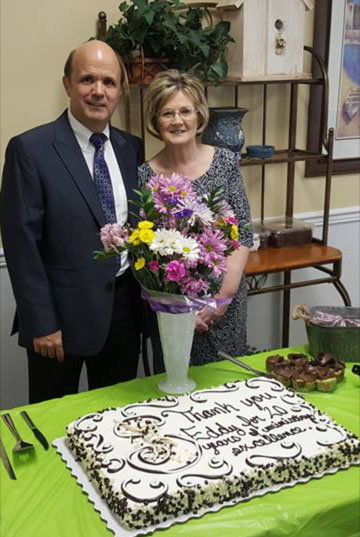 The beloved missionary has pastored churches in Indiana, Tennessee, Texas, and Georgia. He has conducted numerous revivals and been on 56 international mission trips as well as 37 North American mission trips.

Tim Owens, former pastor of Fellowship Baptist Church in Chickamauga, commented, “Eddy Rushing is phenomenal in so many ways. He is a pastor to pastors and has been a huge asset to our area for two decades. He has always been available to give an encouraging word when needed. He is an incredible man of God.”

In 2012 Rushing was named Associational Missionary of the Year. The announcement came at the annual retreat for associational missionaries at the Georgia Baptist Conference Center in Toccoa in February 2013.

David Brown, pastor of Center Grove Baptist Church in Rock Spring, stated, “I am blessed to have Eddy Rushing as my associational missionary. He has a heart for people and for missions. He not only has our churches engaged in missions at home, but involves people in international missions as well. 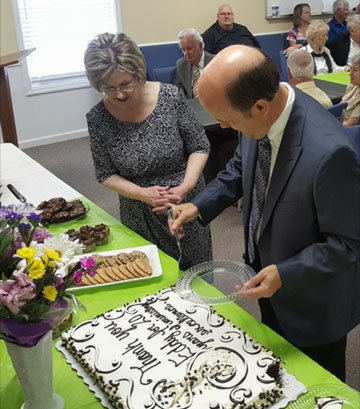 "Many people are hesitant to get involved in sharing their faith, but he is able to bridge that gap or remove that barrier by getting people involved in international missions. Their experiences overseas motivates them and prepares them to be better witnesses at home.”

Eddy has been married to Becky Lynn for 43 years. The Rushings have two grown children: Charity Ann and Jordan Gaylon.