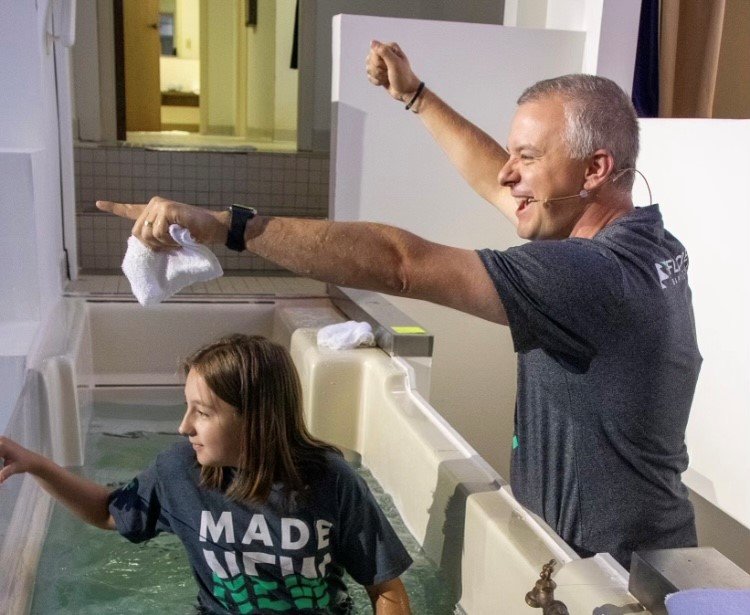 “In recent years, I have become more and more convinced that the men most needed in leadership throughout our convention are the men who are the least ambitious to obtain that leadership,” Fountain said. “Josh Saefkow is that man.”

“He’s a faithful husband, a loving dad, a passionate pastor, and a dynamic preacher,” Fountain said. “His calm demeanor, humble spirit, quiet strength, and unifying presence is what Georgia Baptists need in current days. Where it’s a great temptation to have a willingness to serve the Lord with a desire to hold positions of leadership, Josh has a desire to serve the Lord with a willingness to carry the burden of leadership if needed. Today, in Georgia Baptist life, he is needed.”

Saefkow, 38, said he will be “humbled and honored” to accept the nomination.

“I want to bring Georgia Baptists together to help fan the flame of the gospel of Jesus to bring more Georgians to Christ,” Saefkow said. “I really believe God can use me to unify us in this time. This is a unique time, filled with lots of tensions. We’ve argued long enough. I want us to come together for the cause of Christ.”

Fountain said Saefkow’s gifts as a unifier have been on display in the Executive Committee meetings.

Saefkow holds a bachelor’s and master’s degree from Liberty University and a doctorate from Gateway Seminary of the Southern Baptist Convention.

Saefkow’s church gives 10 percent of all receipts, not just undesignated receipts, through the Cooperative Program. Last year, that amounted to nearly $188,000.

His church has had 47 baptisms so far this year.

Saefkow, who was an associate pastor at Abilene Baptist Church in Augusta before moving to Fayetteville, told the Index earlier this year that a simple, four-word prayer changed his ministry: “Lord, make me useable.”

Since then, the Lord has opened door after door for Saefkow. He became chairman of the Executive Committee earlier this year, after serving two years as vice chairman. He also has served on the Georgia Baptist Mission Board’s Administration Committee and the Public Affairs Committee.

“Because I was willing to take that step of obedience, it ended up leading to all these places,” Saefkow said. “I just try to be faithful.”

Hurricane Ian strikes Cuba, Florida braces for Cat 4 damage
HAVANA (AP) — Hurricane Ian tore into western Cuba on Tuesday as a major hurricane, with nothing to stop it from intensifying into a Category 4 storm before it hits Florida on Wednesday. Ian made landfall at 4:30 a.m. EDT Tuesday in Cuba’s Pinar del Rio province, where officials set up 55 shelters, evacuated 50,000 people, rushed in emergency personnel, and took steps to protect crops in Cuba’s main tobacco-growing region.
© Copyright 2022 The Christian Index | Copyright/Terms of Use
Powered by Creative Circle Media Solutions