GBC President Hammond looking for pastors to partner in prayer

ALPHARETTA — Georgia Baptist Convention president Thomas Hammond is a man with a vision to bring unity and revival across the width and breadth of our state. He also wants pastors to find strength and support from the prayers of fellow pastors.

He also believes that pastors praying for one another will create a powerful spiritual camaraderie among the men of God and potentially spark the fires of a significant spiritual awakening.

The GBC president has issued a clarion call for each Georgia Baptist pastor to agree to partner with another pastor in order to form a powerful prayer network.

Pastors often have special burdens and needs that only another pastor can understand. Each pastor who becomes a prayer partner will find a mutual friend able to help him bear his burdens to the throne of grace. 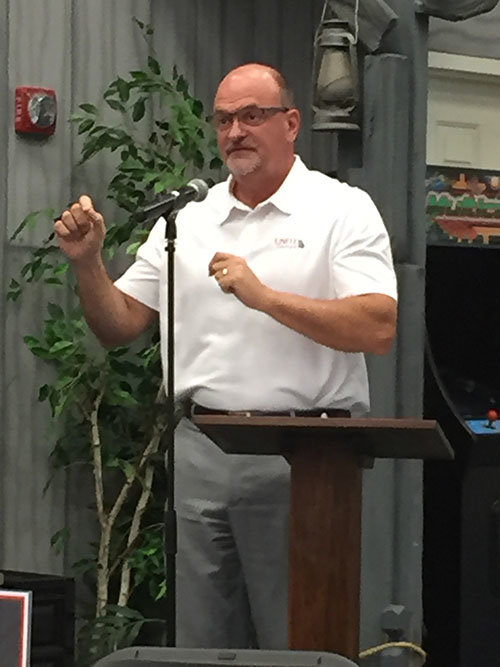 In addition to pastors praying for each other and finding personal help and strength from the prayer partnership such a prayer network could have an amazing spiritual impact upon the state of Georgia.

For example, in Acts 2:1-4 note what happened when 120 disciples prayed for ten days. Those disciples were in one accord – in harmony – and they were filled with the Holy Spirit and the result was the revival at Pentecost.

A.T. Pierson, a pastor and author who was a contemporary of Spurgeon and Moody, stated, “There has never been a spiritual awakening in any country or locality that did not begin in united prayer.”

Adrian Rogers declared, “America is going to burn by the fires of rebellion or by the fires of revival. How I pray God will cause a mighty Pentecostal revival to sweep across America. Whether it does or does not lies in the hearts, minds, wills, prayers, ambitions and aspirations of people like you and me.”

Georgia pastors on board

Several ministers have expressed appreciation for Hammond’s idea about pastors praying for one another. Paul Cowles, pastor of Friendship Baptist Church in Warner Robins, signed a commitment to become a prayer partner several weeks ago at a meeting at the Baptist Mission and Ministry Center.

Cowles commented, “There is no greater partnership than two men of God who are down in the trenches doing the work of the Lord, knowing that they are not alone and knowing they have the Lord above hearing the prayer pleas of a brother who understands their needs and concerns. Nothing can unite us more than sacrificial, passionate prayer on behalf on one another.” 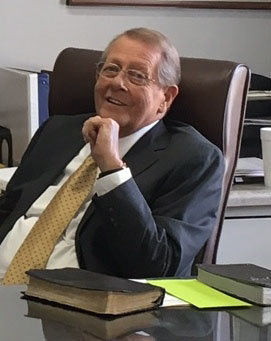 "I would appreciate the opportunity to pray with and for a younger pastor," said Ken Ross of Milner Baptist Church. MILNER BC/Special

“I also need the prayers of a young pastor as I seek to reach out to millennials. I would welcome the accountability that such a prayer partnership would provide. I also think young pastors would be wise to have an older pastor pray for them as they minister to senior adults. But greater still is the mutual strength derived from prayer partners. Not only is there that strength, but there is also the bond of fellowship that enhances both ministries.”

Barry Snapp, pastor of Victory Baptist Church in Rockmart, testified, “Unfortunately, sometimes pastors can almost be antagonistic toward one another, but through prayer that goes away. God softens the heart of a pastor or anyone else when he’s on his knees.

“Prayer produces unity. God talks about what happens when two or three are gathered together. We can accomplish more when we are joining hands and hearts together in prayer.”

Paul Baxter, former pastor of the First Baptist Church on the Square in LaGrange and current associational missionary of Pine Mountain Baptist Association, commented, “The idea of Thomas Hammond pairing pastors together in prayer is a splendid one. All of us need to be in agreement and we all need revival; and every revival is rooted in prayer. Prayer partnerships could help us experience God in a special way.”

Every Georgia Baptist pastor/minister needs to seize the opportunity to sign up to be a part of the pastors’ prayer partner network.