Georgia church brings one voice through many languages each Sunday 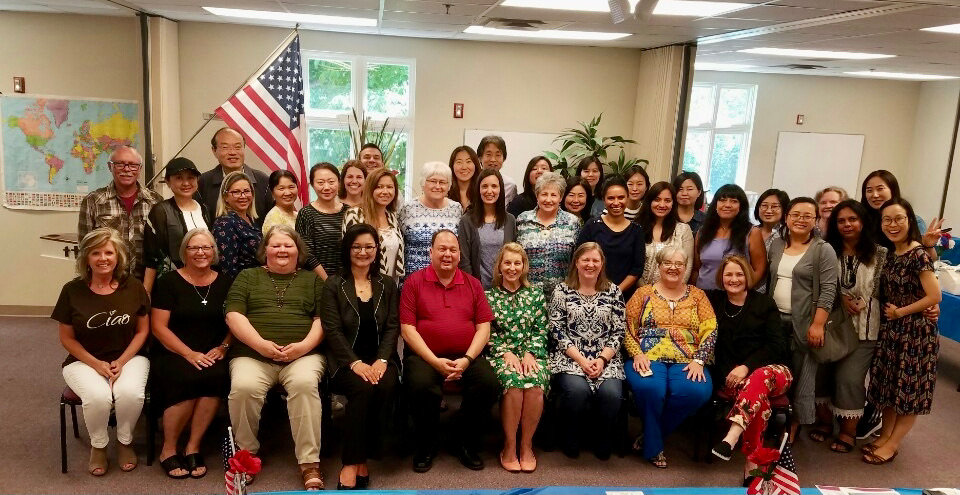 DULUTH, Ga. (BP) – Sunday worship at First Baptist Church looks a lot different than most congregations across the nation. And while it may sound different to many of the parishioners, a single Gospel message comes through loud and clear.

Until 2010, Mark Hearn’s pastorates had largely reflected his native upbringing in the Virginia mountains. He looked a lot like the folks in the pew. He sounded like them and had a lot in common with them. That changed when he moved to Gwinnett County, northwest of Atlanta.

The first time Hearn faced that reality, he literally couldn’t believe it. Duluth Mayor Nancy Harris, a member at First Baptist, mentioned at an event nine months after Hearn’s arrival that 57 languages were spoken at Duluth High School.

Hearn approached her afterwards to be sure he had heard correctly. She showed him the documentation proving her point, which led the pastor to consider his church’s place in the community. It also forced him to realize he was unprepared for what he knew lay ahead.

“There was nothing in my ministry background – experientially or educationally – that could have prepared me for the explosion in diversity I saw in Duluth,” he told Baptist Press Tuesday (Nov. 9) at the Georgia Baptist Convention’s annual meeting. “When I moved here, my neighbors all around me were from South Asia, India, Korea, Zimbabwe, Puerto Rico and Nigeria. But none of them attended my church.”

Highway 29, where First Baptist sits, is more commonly known as “church highway,” and the term fits. Thirteen houses of worship, ranging from a Hare Krishna temple to the largest Korean Presbyterian church east of the Mississippi, share the road. The population of the vicinity is spread among those in modest homes as well as the Sugarloaf Country Club, home of the PGA Tour’s TPC Sugarloaf golf course.

The language became the first hurdle to overcome in remaining one congregation. A modified sound booth on the sanctuary main floor provides that opportunity with interpreters and headphones – a system that, yes, was modeled on the one used at the United Nations.

While Hearn preaches in English, others are able to hear the same message from interpreters in Korean, Spanish and Mandarin Chinese. Currently, Hearn told BP, the church is looking for a Vietnamese interpreter.

“The ministry is based on Romans 15:6 – ‘… so that with one mind and one voice you may glorify the God and Father of our Lord Jesus Christ,’” she said. “First Baptist pursues one worship service with all [people.]”

In addition to the live audio translating, sermon notes are provided in Korean, Chinese, Spanish and Vietnamese. Bibles in 25 languages are also available.

In her seven years at the church, Rhe, who also directs the ESL program, has seen First Baptist grow in its diversity.

“Most first-time visitors say they feel a special warmth of the Holy Spirit when they come into the church building,” she said. “Surely, God is bringing many from the corners of the world, but I believe we are still in the process of growing to become united in diversity and every way.”

While many move into the area, many also move out. Identifying those willing to buy in to the church’s ministry for the long term has been challenging. First Baptist’s attendance is still working to get back to the 400 or so it had pre-COVID, but finances are stable as church members have become dedicated to the mission.

Hearn’s 2017 book, Technicolor, chronicles First Baptist’s transition into becoming a multi-ethnic congregation. The follow-up released this year, Hearing in Technicolor, tells of the church’s steps since that point. On Feb. 28, First Baptist will host the Technicolor Multiethnic Church Conference to assist other church leaders wanting to implement unity and diversity across race, class and culture.

Hearn admitted that the idea of leading his church to embrace the diversity of its community was intimidating and brought a real fear of the unknown. “There were no resources available for how you take a 130-year-old church making this type of transition to the nations in our own backyard,” he said.

It came through inviting others, but with steps like offering sermons through an interpreter with everyone in the same room. It continues through efforts like monthly after-church cultural celebration dinners that showcase native meals.

“Being together allows believers to meet their neighbors and their needs,” Hearn said. “It’s an opportunity to see Acts 1:8 in practice rather than just principle.”