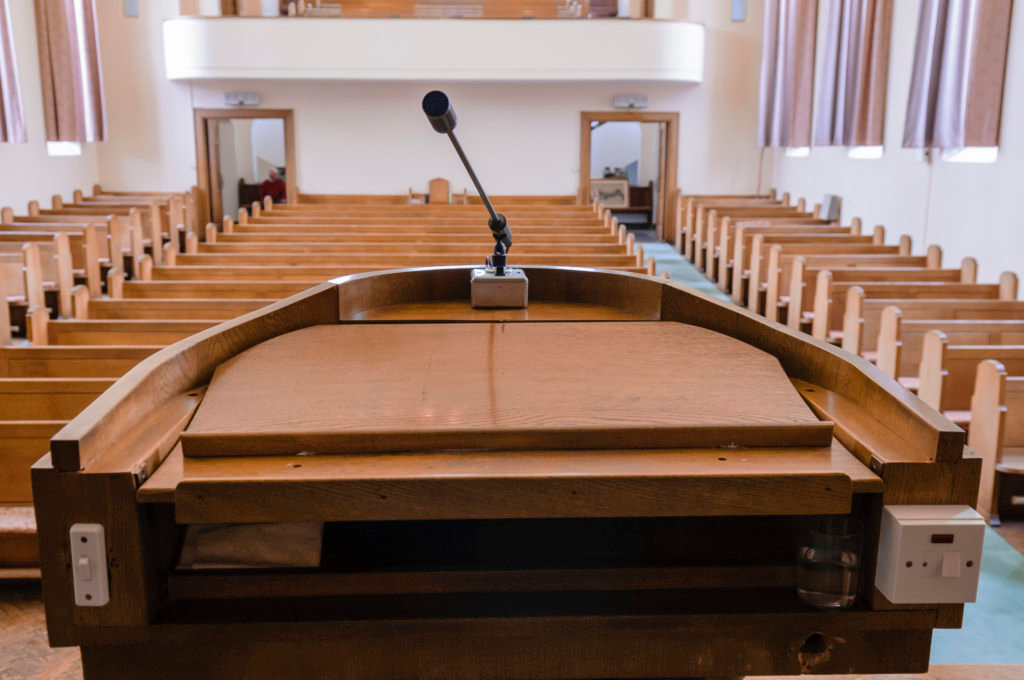 NASHVILLE, Tenn. — Almost all Protestant pastors plan to participate in the 2020 election, but around a quarter still haven’t decided who will get their presidential vote.

In the latest election survey, Nashville-based LifeWay Research found 98 percent of Protestant pastors in the U.S. say they plan to vote in the presidential election.

“Pastors vote like any other American,” said Scott McConnell, executive director of LifeWay Research. “The large number of pastors who are still undecided may reflect difficulty in finding a candidate who aligns with their overall beliefs. Also, some pastors are intensely private about their political preferences and may prefer to respond ‘undecided’ than to even confidentially share their voting intentions.”

Compared to 2016, the president has much higher levels of support among pastors this year.

In a 2016 LifeWay Research survey, 40 percent of pastors were undecided midway through September. Around a third supported Trump (32 percent). Hillary Clinton, the Democratic party nominee, garnered 19 percent, while Libertarian Gary Johnson had 4 percent.

For the 2020 election, support for the Democratic and third-party candidates remains similar, but around half of the number of undecided pastors in 2016 now say they will vote for Trump.

“There were a lot of unknowns in 2016, including Trump being an outsider candidate and little sense of how others would respond to supporting his candidacy,” said McConnell. “Pastors know their options for 2020, and a majority are willing to vote for him.”

Among self-identified evangelical pastors, Trump’s support is similar to that of evangelicals across the country. Almost 7 in 10 evangelical pastors (68 percent) say they plan to vote for the president, compared to 20 percent of mainline pastors. In a recent LifeWay Research survey, 6 in 10 Americans who hold evangelical beliefs (61 percent) pick Trump over Biden (29 percent).

Among African American pastors, 61 percent choose Biden, while 6 percent say they plan to vote for Trump. Younger pastors, age 18 to 44, are the least likely age demographic to back the president for reelection (41 percent).

The same percentage of Protestant pastors in the U.S. and American evangelicals by belief identify as Republican (51 percent). Around 1 in 6 pastors (16 percent) say they are a Democrat, while 23 percent see themselves as an independent.

Both major party presidential candidates retain the support of pastors who identify with their party. More than 4 in 5 Democratic pastors (85 percent) plan to vote for Biden. Similarly, 81 percent of Republican pastors support Trump.

Unlike Americans with evangelical beliefs, Protestant pastors say abortion and religious liberty are two of the most important issues driving their presidential choice this November.

When asked which characteristics of the candidates are important in deciding how to vote, clear majorities of pastors say the candidate’s position on abortion (70 percent), their ability to protect religious freedom (65 percent) and their likely Supreme Court nominees (62 percent) are key factors.

Around a third (35 percent) say the candidate’s ability to slow the spread of COVID-19 is important.

Pastors also selected the single issue most important to determining their vote. Only the candidate’s position on abortion (25 percent), their personal character (22 percent), ability to protect religious freedom (16 percent) or likely Supreme Court nominees (10 percent) are seen as the primary issue by at least 1 in 10 Protestant pastors.

“A microcosm of the national debate about COVID-19 has been directed at pastors this year as they have made decisions about necessary precautions for their own church,” said McConnell. “Despite the drastic changes the pandemic has caused to ministry and church practices, most pastors give much higher priority to other national concerns than a candidate’s ability to slow the spread of this virus.”

Evangelical and mainline pastors have different values they believe are important in this election.

Protestant pastors who identify as evangelical are more likely than mainline pastors to see as important in determining their vote: abortion (82 percent to 38 percent), protection of religious freedom (72 percent to 41 percent), likely Supreme Court nominees (70 percent to 53 percent), maintaining national security (58 percent to 47 percent) and the size and role of government (52 percent to 36 percent).

Mainline pastors, on the other hand, are more likely than their evangelical counterparts to say addressing racial injustice (73 percent to 44 percent), the candidate’s personal character (73 percent to 46 percent) and slowing the spread of COVID-19 (55 percent to 28 percent) are a key part of their presidential choice.

Aaron Earls is online editor of Facts & Trends and a writer for LifeWay Christian Resources.