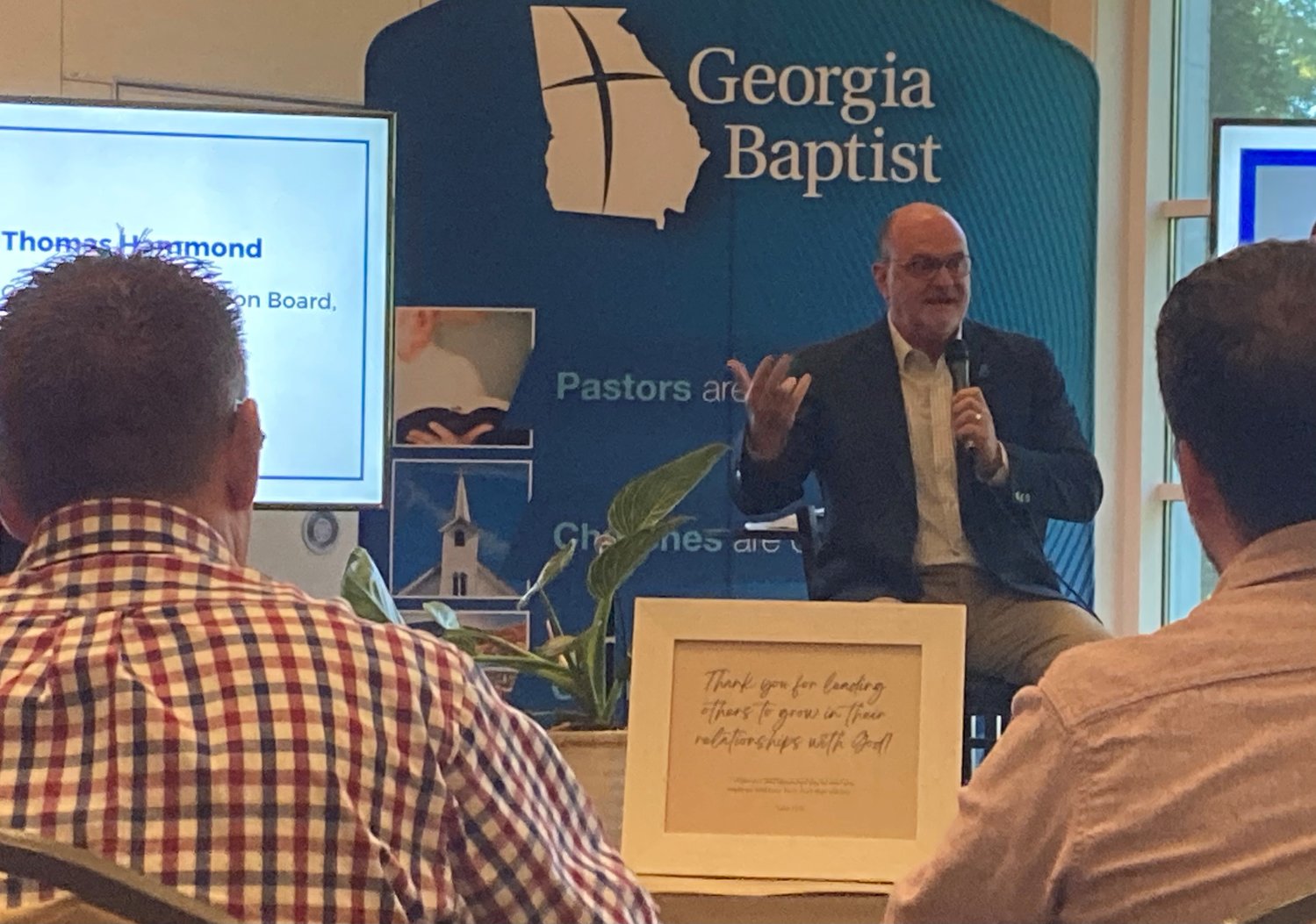 WASHINGTON – As a showdown over abortion played out in the U.S. Supreme Court on Wednesday, Georgia Baptist Mission Board Executive Director W. Thomas Hammond Jr.  issued a call to prayer.

Justices could decide to overturn Roe v. Wade or reaffirm the constitutional right to an abortion.

“We’re potentially standing on the brink of a new era in the U.S., an era in which all unborn babies have the right to life,” Hammond said. “I’m calling Georgia Baptists to pray that God gives justices the wisdom and courage to make the right decision.”

Roe v. Wade, the landmark 1973 ruling that declared a nationwide right to abortion, is facing its most serious challenge in 30 years in front of a court with a 6-3 conservative majority that has been remade by three appointees of President Donald Trump.

The justices are separately weighing disputes over Texas' much earlier abortion ban, at roughly six weeks, though those cases turn on the unique structure of the law and how it can be challenged in court, not the abortion right. Still, abortion rights advocates were troubled by the court's 5-4 vote in September to allow the Texas law, which relies on citizen lawsuits to enforce it, to take effect in the first place.

The Supreme Court had never before even agreed to hear a case over a pre-viability abortion ban. But after Justice Ruth Bader Ginsburg's death last year and her replacement by Justice Amy Coney Barrett, the third of Trump's appointees, the court said it would take up the case.

Trump had pledged to appoint “pro-life justices” and predicted they would lead the way in overturning the abortion rulings. Only one justice, Clarence Thomas, has publicly called for Roe to be overruled.

The court could uphold the Mississippi law without explicitly overruling Roe and Casey, an outcome that would satisfy neither side.

If the justices uphold Mississippi's law, they'll have to explain why, said Thomas Jipping, a Heritage Foundation legal fellow. They can either overrule the two big cases, Jipping said, “or they're going to have to come up with another made-up rule.”

Conservative commentator Ed Whelan said such an outcome would be a “massive defeat” on par with the Casey decision in 1992, in which a court with eight justices appointed by Republican presidents unexpectedly reaffirmed Roe.

This court appears far more conservative than the one that decided Casey, and legal historian Mary Ziegler at Florida State University’s law school, said the court probably would “overrule Roe or set us on a path to doing so.”

Chief Justice John Roberts might find the more incremental approach appealing if he can persuade a majority of the court to go along. Since Roberts became chief justice in 2005, the court has moved in smaller steps on some issues, even when it appeared there was only a binary choice.

Mississippi is one of 12 states ready to act almost immediately if Roe is overturned. Those states have enacted so-called abortion trigger laws that would take effect and ban all or nearly all abortions.

Some legal briefs in the case make clear that the end of Roe is not the ultimate goal of abortion opponents.

The court should recognize that “unborn children are persons” under the Constitution's 14th Amendment, a conclusion that would compel an end to almost all legal abortions, Princeton professor Robert George and scholar John Finnis wrote. Finnis was Justice Neil Gorsuch's adviser on his Oxford dissertation, an argument against assisted suicide.

“I’m praying that the justices will be under God’s conviction about what is right and therefore make the right decision,” said Mike Griffin, a Southern Baptist preacher who serves as public affairs representative for the Georgia Baptist Mission Board. “I’m praying the lawyers are able to state their arguments clearly and compellingly.  The stakes are high, and Christians all over the nation have an important role to play in praying that the Supreme Court stands up for protecting all innocent human life. During this court case, it should be every churches responsibility to make sure that their congregation is praying on behalf of our most vulnerable human beings, preborn children in the womb."