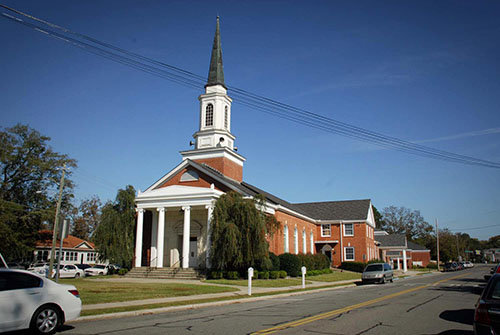 HAZLEHURST — There was a camp-meeting movement that swept the South in the early 19th century. They were typically large outdoor revival meetings, lasting several days and ideally suited to a frontier region with few established churches and fewer ministers. Strong preaching and an intense emotional response to that preaching characterized those meetings.

A huge gathering in Cane Ridge, KY in 1798 marked the beginning of the style of worship that became known as the Camp Meeting. Over 20,000 people – black, white, free, and bonded – jointed Methodist, Presbyterians, and Baptists ministers for several days on non-stop, fiery religious celebration.

Many of the prominent characteristics of the Cane Ridge meeting, such as outdoor location, convivial fellowship, conviction over sin, and joyous celebration over the transformation of lives became the model for future revivals.

This week First Baptist Church Hazlehurst had a scheduled Bible conference that looked and felt like an old fashioned Camp Meeting, except it was indoors.

The preachers for the week included Phil Hoskins, Herb Reavis, Jerry Vines, Ralph Sexton, Robbie Foster, and Len Turner. Mac Waters, 81-year-old father of the church’s pastor, Brad Waters, sang solos; and John Cubas, the church’s minister of music, provided dynamic leadership to the choir, musicians, and congregation. The meeting was marked by the thrill of singing, the power of preaching, and the hush of prayer. 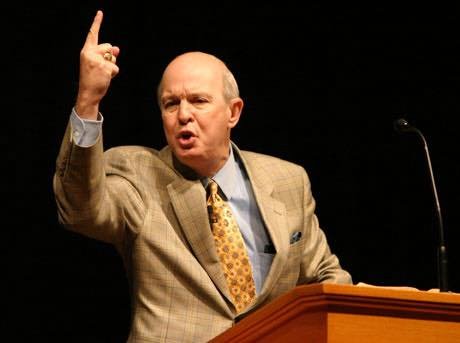 Evangelist Jerry Vines, longtime pastor at First Baptist Church in Jacksonville, FL, was one of the many speakers at First Hazlehurst's revival. FB HAZLEHURST/Facebook

On Tuesday evening the pastor’s father sang “The Last Move” followed by “I Shall Know Him” and Jerry Vines preached. Cheryl Waters, the pastor’s wife commented, “I don’t know that I have heard a better sermon on the Christian life than the one delivered by Jerry Vines from the life of Enoch.

The church was filled to capacity and a significant number of people came to the altar to make commitments to Christ on Tuesday; and there were similar responses in the other services.

The meeting at First Baptist Hazlehurst proves that with proper planning, adequate prayer, God-anointed preaching, and heart-felt music churches can still have genuine revivals that can greatly impact a community.