NASHVILLE (BP) — As U.S. lawmakers continue to debate the best approach to illegal immigration, most Protestant pastors say the solution should be multifaceted, according to a study released Feb. 20. 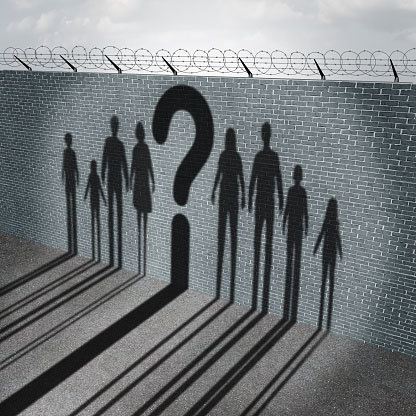 LifeWay Research surveyed 1,000 Protestant pastors Jan. 14-30 on their views on illegal immigration and how the church should view those in the country illegally.

Eighty percent say the government has the responsibility to stop illegal immigration, while 9 percent disagree and 11 percent are not sure.

Meanwhile, 70 percent of pastors say they are in favor of an immigration reform that includes a path to citizenship for those who are currently in the country illegally. Seventeen percent disagree and 13 percent are not sure.

Three-quarters of pastors (76 percent) say Christians have a responsibility to assist immigrants even if they are in the country illegally, while 14 percent disagree and 10 percent are not sure.

Currently, nearly 3 in 10 pastors say their churches are involved locally in assisting immigrants. Seven in 10 say they are not currently involved.

"Lawmakers have left many of the bigger immigration questions unresolved often voicing 'either-or' positions," said Scott McConnell, executive director of LifeWay Research. "Pastors don't seem as conflicted desiring improvement in both border security and a path to citizenship for those here illegally."

While 80 percent of pastors today say the government has the responsibility to stop illegal immigration, that's down from 87 percent in a 2014 LifeWay Research survey.

"Among these questions, stopping illegal immigration registers the strongest sentiment from pastors," McConnell said. "But support for this is now more in line with caring for immigrants already in the country and establishing a path to citizenship."

Today, African American pastors are more likely than white pastors to disagree that the government carries the responsibility to stop illegal immigration (21 percent to 8 percent).

Those in the Northeast (15 percent) and Midwest (12 percent) are more likely to disagree than pastors in the South (5 percent).

Education, age, and denomination all factor into how likely a pastor is to say the government bears the responsibility to stop illegal immigration.

Pastors 65 and older are more likely to see that as the government's job than pastors 44 and younger (85 percent to 75 percent).

Those with a bachelor's degree or less (87 percent) are more likely than those with more education (77 percent).

More pastors today favor immigration reform that provides a path to citizenship for immigrants currently in the country illegally.

"For immigrants in the country illegally, there are no real options for redemption," McConnell noted. "That doesn't sit well with pastors — the majority of whom were ready for lawmakers to offer a means of making restitution and gaining legal status years ago."

Mainline pastors (80 percent) are more likely to back a path to citizenship than evangelical ones (66 percent).

Compared to 2014, a similar number of pastors say Christians have a responsibility to assist immigrants even if they are here illegally — 76 percent today and 79 percent then.

Evangelical pastors are more likely to disagree than mainline pastors (16 percent to 10 percent).

Pastors 65 and older are least likely to agree (67 percent).

Nearly 3 in 10 pastors say their church is currently helping immigrants (29 percent), while 70 percent say they are not.

Mainline pastors (33 percent) are more likely to say they are assisting than evangelical ones (26 percent).

Lutheran (40 percent), Methodist (33 percent), and Presbyterian or Reformed pastors (35 percent) are more likely to say they are helping than Baptist pastors (23 percent).

"Pastors place just as much responsibility on their congregations as they do legislators," McConnell said. "More than twice as many pastors say Christians should help immigrants than say their church is personally involved assisting local immigrant neighbors today."

The phone survey of 1,000 Protestant pastors was conducted Jan. 14-30. The calling list was a stratified random sample, drawn from a list of all Protestant churches. Quotas were used for church size. Each interview was conducted with the senior pastor, minister, or priest of the church called. Responses were weighted by region to more accurately reflect the population. The completed sample is 1,000 surveys. The sample provides 95 percent confidence that the sampling error does not exceed plus or minus 3.2 percent. Margins of error are higher in subgroups.

LifeWay Research is a Nashville-based evangelical research firm that specializes in surveys about faith in culture and matters that affect churches.

For more information on the study, visit LifeWayResearch.com or view the complete report.