ATLANTA — Cities and towns across the nation held pro-life rallies on Friday, January 19. In Washington, D.C., President Donald Trump became the first president ever to deliver a live speech to the 100,000 pro-life advocates participating in the annual March for Life rally in Washington.

The President, who proclaimed January 19 as “Sanctity of Life Day” was reported as saying, “Americans are more and more pro-life. In fact, only 12 percent of Americans support abortion on demand at any time. Under my administration, we will always defend the very first right in the Declaration of Independence, and that is the right to life.”

In Atlanta, only patches of snow remained from the third significant winter storm to hit the state since December. The sun was shining brightly, and after days of bitterly cold weather the temperature had risen into the 40s as hundreds of people came to Liberty Plaza to the Georgia March for Life event.

Genevieve Wilson was interviewed by Atlanta’s FOX Channel 5 News and stated the purpose of the rally. She explained, “We are here because more then 60 million children in the womb have died since that date (January 22, 1973) and we are here to recognize and memorialize that and call our legislators to change that fact.”

The March was preceded by an outdoor worship service/rally that included prayers, the music of local worship artist Kurt Scobie, testimonies, the introduction of elected officials, and a powerful message by Dr. James Merritt, pastor of Cross Pointe Church in Duluth.

'The greatest moral issue of our day'

The Cross Pointe lead pastor declared, “The key question to what I believe is the greatest moral issue of our day is: to what or to whom do we owe our existence? The way you answer it will determine the value you put on all human life – born or pre-born.” 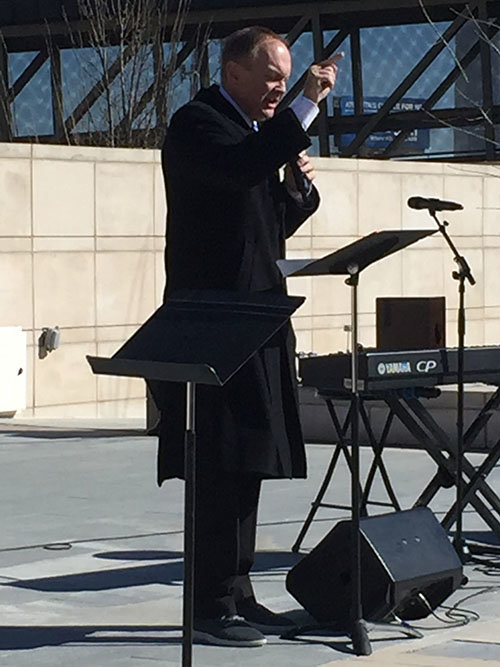 Merritt reasoned, “There really are only two answers to that question: God or chance. If it is chance, why is any life valuable? If it is God, then all life is valuable. I am not only convinced that the answer is God, but that God is pro-life.

“In Jeremiah, chapter one, the prophet is having a dialogue with God, and God says, ‘Before I formed you in the womb I knew you, before you were born I set you apart; I appointed you as a prophet to the nations.’”

From that text, Merritt made three salient points. First, he proclaimed, “God personally creates us” and used his text from Jeremiah and Psalm 139 to substantiate his point. In Psalm 139:13-14 King David said, “For you created my inmost being; You knit me together in my mother’s womb. I praise You because I am fearfully and wonderfully made.”

Merritt explained, “At the moment of conception, the newly fertilized egg of an embryo contains a staggering amount of genetic information sufficient to control a human’s growth and development for an entire lifetime. A single thread of DNA from one human cell contains information equivalent to a library of 1,000 volumes or 600,000 printed pages with 500 words on every page. At conception, one embryo has the equivalent of 50 times the amount of information contained in the Encyclopedia Britannica.

“God is the divine architect who designs life before the doctor delivers life. It was God who built this incredible machinery called ‘the human body’ and from its very beginning put all the pieces together so they would work as magnificently as they do.”

Secondly, Merritt professed, “God powerfully claims us. God told Jeremiah, ‘Before I formed you in the womb, I knew you.’ The word ‘knew’ doesn’t just mean to recognize or be familiar with. It is the word that refers to the way a husband comes to know his wife on their honeymoon. 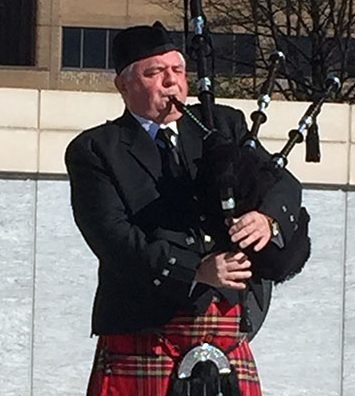 “This is not just before birth; this is before conception. Birth is not our beginning. Conception is not even our real beginning. God says He knew us and loved us before our parents even met. Before our parents conceived us, God conceived of us. We were in God’s heart before we were ever in the womb. We were not our parents’ idea; we were God’s idea!

“Not only did God conceive of us before we were conceived, but He claims us after we are conceived. He exclaimed, ‘Before you were born, I set you apart’ (Jeremiah 1:5).

“Life is not a random existence, coming from nothing and headed to nothing. Life is not about luck or the lottery; it is about God’s purpose and plan for each of us.

"Life is not a dead end street that leads to nowhere. It is a highway that should lead to a God-given purpose we are all to fulfill.”

Merritt, who also preaches weekly on a television broadcast called "Touching Lives," stated, “God particularly calls us, just as He set Jeremiah apart and appointed him to be a prophet to the nations. Jeremiah was not just set apart for salvation; he was set apart for vocation. God had a work for him to do, a mission for him to accomplish and a purpose for him to fulfill. 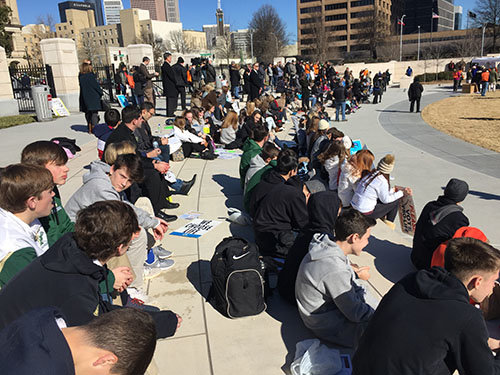 Pictured is about half of the crowd at Liberty Plaza gathered for the March for Life rally in Atlanta. GERALD HARRIS/Special

“God has an appointment for every person to keep before they are born. God appoints pastors, businessmen, public servants, schoolteachers, scientists, and doctors. We have no right to cancel anyone’s God-given appointment.”

Merritt did not conclude his message without offering hope to those who were living in regret and remorse over a decision they made in the past by saying, “Abortion is not he unpardonable sin. When you come to the cross of Jesus Christ you will find nothing but grace, mercy, love, and forgiveness.”

The Cross Pointe pastor then challenged pastors, legislators, and grassroots citizens to stand strong in the fight for the sanctity of life.

The message was passionately delivered and followed by the March For Life down Martin Luther King, Jr., Drive, where hundreds of pro-lifers participated in a one-mile silent procession to commemorate the tragic loss of life to a culture of death.