NEW ORLEANS — About 125 members of the Jubalheirs women’s chorus descended on the city of New Orleans during the week of March 5 for a time of ministry and concerts in the Crescent City. 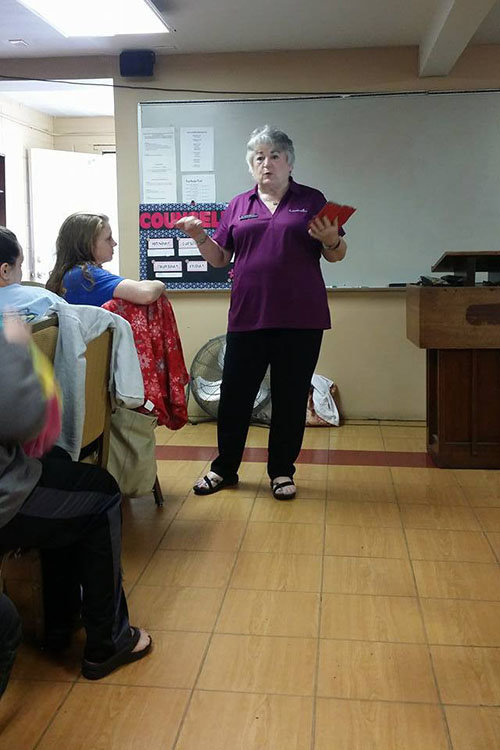 MaryAnna Jenkinson of First Baptist Church in Helen works with some of the children at the Women at the Well ministry in New Orleans. The Jubalheirs worked with several ministries in the New Orleans area as part of their mission tour. JUBALHEIRS/Special

As part of the trip, the group also collected items for the various ministries including Vieux Carre, a homeless men’s ministry, and a clothes closet at Gentilly Baptist Church. The group also donated three laptop computers and two keyboards.

On their final night in the city the Jubalheirs were joined by seminary students, community singers, and musicians for Crescent City Praise, an annual event coordinated by Greg Woodward, chairperson of church music ministry at the New Orleans Seminary.

“It is amazing what happens when you release yourself under the leading of the Holy Spirit and simply make Christ known,” commented Dr. Jon Duncan, state missionary specialist and director of the Jubalheirs. “We appreciate the support of Georgia Baptists who attended our concerts in great numbers over the past few years and gave generously through love offerings and CD sales. The result was changed lives for God’s glory,” he said. 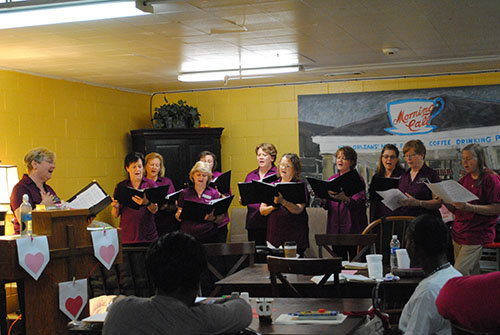 Marcy Hawkins from Mt. Zion Baptist Church in Snellville leads a portion of the group in a song at the Baptist Friendship House as part of the Jubalheirs mission tour to New Orleans. JUBALHEIRS/Special

To see the Sons of Jubal and Jubalheir concert schedules for the rest of this year, visit www.gabaptistworshipmusic.org.

Eddy Oliver serves as a state missionary in Worship and Music Ministry.