Zachary Grist hands out bulletins at First Baptist Church of Orchard Hill in Griffin, where his father, Nelson, is pastor. GRIST FAMILY/Special

Kim Grist and her husband, Nelson, pastor of First Baptist Church of Orchard Hill in Griffin, are parents of a special needs son, Zachary. This is part one of a two-part series on Zachary, the special needs son of Nelson and Kim Grist. The following is a mother’s recounting of what it is like to care for her very special son.

Kim says, “I like order. I like to plan. I want to know what is expected of me and I really don’t like the unexpected. I even planned that I would have three children and they would be three years apart. So, after struggling with secondary infertility for years, when I finally gave birth to my second son ten years after my oldest it was one of the happiest days of my life. 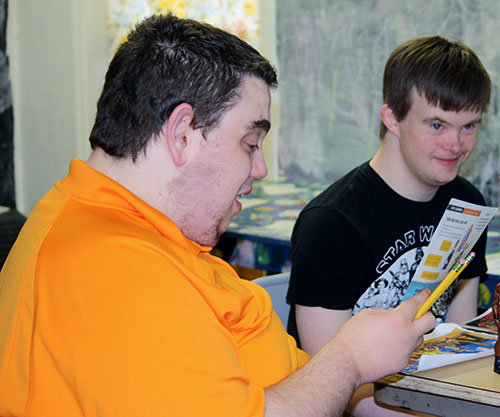 “My world was turned upside down when the next day, also my 33rd birthday, I was informed that my son had Down Syndrome. I remember asking God, ‘Why?’ But I also remember thinking, ‘Why not?’ even though my grief seemed unbearable; I remember feeling held, as though God held me in His arms. Previous Sunday School lessons on suffering in the book of Job rushed into my mind. It was comforting to rest on His Word that promises the peace that passes all understanding."

Kim continued, “Our church family was key in helping us overcome our fears and in welcoming our son. God was so good to give us great encouragement through our friends.

“As we struggled to learn how to care for Zach a third son, Micah, was added to our family less than 13 months after Zach’s birth. Micah would become Zach’s protector, encourager, and spokesperson. When they were three and four I took Zachary to the pediatrician for what I thought might be an ear infection. Micah proceeded to give the doctor a rundown on all Zach’s health issues and even told him that he had swallowed a quarter a few months earlier. The pediatrician said with a smile that Zach would never need to talk as long as he had Micah.

“Zach did well to reach his physical milestones on schedule and in some cases ahead of schedule, but then autistic characteristics developed and for the most part he was considered nonverbal.

“It was and is amazing how many friends Zachary has. In the early years one expects some parallel play, but it was as though the children didn’t notice that he didn’t speak. We had many phone calls from one little girl who would leave messages saying, ‘Zach, call me back.’

“Since Zach and Micah were so close in age they generally attended the same Sunday School class in the early years. From infancy to the early primary years most teachers and workers can care for special needs children. Even as the child ages they can be cared for with their peers with small modifications.”

Kim added, “When promotion time comes for Sunday school or small groups, a special needs child is often promoted based on his/her age. Sometimes circumstances might dictate differently. For example, we delayed our son’s promotion to the elementary classroom by several years. When Zachary was seven years old he was intellectually closer to a preschooler so he remained in the early primary grade classes for additional years. Because of our decision to do that, Sunday School and church were a greater blessing to him and I think he was a blessing to others who attended with him." 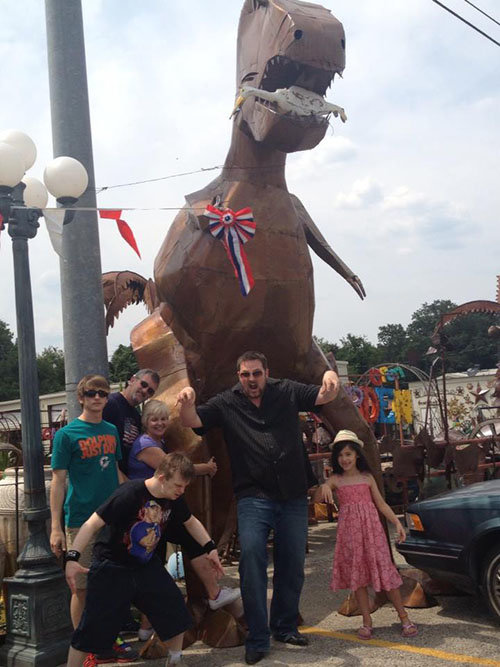 The Grist family pose on a family outing in Texas. GRIST FAMILY/Special

“It is also important for other children to understand the unique requirements of their classmates with special needs. Teachers who work with special needs children have a responsibility to help the other children understand and accept the differences with explanations like, ‘Zachary was born with Down Syndrome which causes him to learn differently than you do.’ Explain the situation to the children without the disabled child being within earshot.”

“Church attendance was not without its challenges though. Zachary’s lack of communication skills required patience. He was independent and when he wanted to do something he would proceed, because he didn’t feel the need to ask permission.

“We were fortunate that toilet training was not an issue, however when Zachary went into the restroom he would often look in the other children’s personal belongings and change into their clothes. One teacher especially enjoyed the day that he changed into a rainbow bright t-shirt. Sometimes people think that it is not okay to laugh and enjoy moments like that when a child has special needs. I assure you that when the parents know that you love and care for their child they will value a shared memory just as though it was any other typical child.

“As Zach grew older, other church workers gave him different nicknames like Houdini, due to his escape artist techniques. Zachary does listen to his teachers and participates with gestures in regards to the lesson. Recently, in Zachary’s adult Sunday school class, they were discussing Satan. When one of the other members asked where Satan lived, Zachary lifted up his leg and pointed at the fire emblem on his Harley Boot. No words were spoken but he knew the answer. 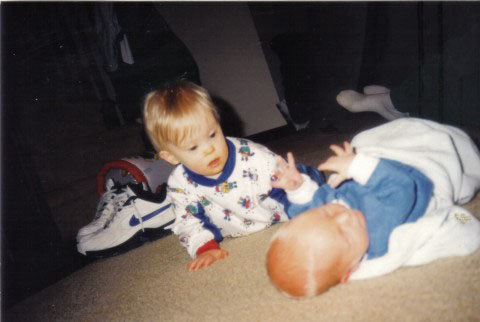 “Admittedly life with a young child who has special needs is far different as they age into adulthood. We have faced some challenges as a family committed to our faith and to church attendance. As Zachary grew into adulthood it became important for him to attend a classroom more specifically related to him and his needs. Today, Zachary is a typical young adult with Down Syndrome with the equivalent mental age of an 8- or 9-year-old child.

"Many well-meaning churches elect to keep adult handicapped individuals in with the youth group. As a mother and as much as I love my son I realize that it would not be to anyone’s benefit to place Zachary in the youth group any more than it would be appropriate to leave him in a 2nd grade classroom."

Zachary Grist’s mother explained that if a couple who are active in the church have a Down Syndrome or special needs child the church typically welcomes their child into the fellowship and does whatever is necessary to meet his/her needs. A church will typically create an appropriate spiritual environment for the disabled child of a family everyone already knows and loves; and that child will generally be adopted by that church family as their very own.

In the next interview Kim Grist will share some of Zachary’s interesting and hilarious antics and explain how some churches relate to unchurched families that move into the community with disabled children.