Kimberly Palmer: How to put your tax refund to work for you 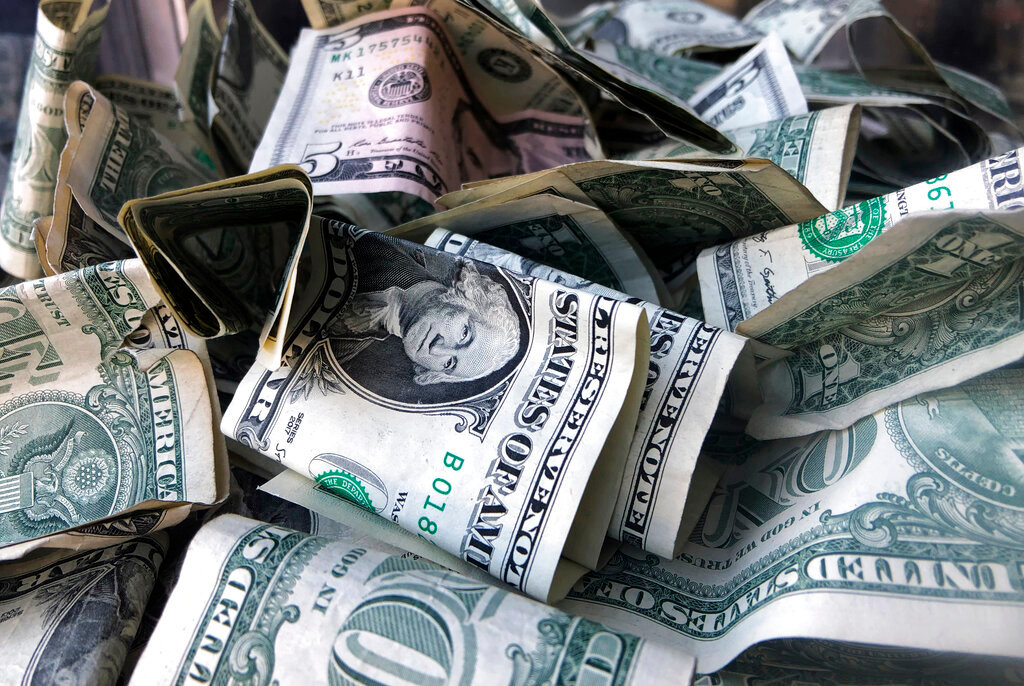 A box filled with dollar bills is shown in New York, Wednesday, April 3, 2019. Even though your tax refund can feel like a gift from the government, the best use of those funds is not always apparent. (AP Photo/Mark Lennihan, File)
Mark Lennihan
Posted Monday, March 7, 2022 9:06 am
By KIMBERLY PALMER, NerdWallet

Even though what can feel like a gift from the government is actually a delayed receipt of your own money, the best use of those funds is not always apparent. This year the question is even more fraught, with many households facing increasing financial pressure from inflation, rising interest rates and expiring government assistance programs tied to the pandemic. Advance child tax credits, for example, which offered families monthly checks based on their income and number of dependents, have ended pending further congressional action.

“For many people, the advance child tax credits became a part of their budget, so you should consider saving your tax refund and using it to supplement your monthly budget going forward,” says Tommy Blackburn, a certified financial planner in Newport News, Virginia. “That can help with monthly cash flow,” he adds.

Another option is to adjust your withholding to every paycheck so you don’t pay more tax than you need to. But, Blackburn adds, some people prefer to receive a lump sum each year as a method of forced savings.

While your refund priorities depend on your particular situation, there’s room in almost every budget to spend at least some portion of your refund check on something fun, too. Here is a road map to help you decide what you should do with the money:

SAVE FOR THE NEXT EMERGENCY

“First, think about your near-term security,” suggests Vince Shorb, CEO of the Las Vegas-based National Financial Educators Council , which supports financial wellness educators. “There are a lot of things going on, from COVID to inflation. I want to make sure people have food on the table and gas to get to work,” in the event of an emergency like job loss or unexpected expense, he says. That means putting money into an emergency savings fund before any other priority, including paying off debt.

“With inflation, you want to save a little bit more than normal to plan for those crazy gas and food prices. We don’t know what will happen next,” says Scott Alan Turner, a CFP in Aledo, Texas. While financial experts often cite the goal of having three to six months of expenses tucked away, a more realistic goal can be saving $500 to $1,000, or at least half of your refund. Given rising prices, Turner says it’s better to save more if you can.

“If your industry is shrinking, you’ll need a larger emergency fund,” Shorb says, because it could take longer to find a new job if you lost your current one.

With interest rates widely expected to rise this year, credit card and other variable-rate debt would likely become more expensive, which makes using refund money to pay it off a smart move, says Mike Biggica, a CFP in San Francisco. He suggests paying off any debt that carries an interest rate of 6% or higher and also focusing on student loans, medical debt and anything else that carries a variable rate.

Maggie Klokkenga, a financial coach and CFP in Morton, Illinois, suggests using an online debt calculator to see how making extra debt payments can speed up the debt payoff process. That can help you decide whether to first pay off your smallest debts or larger, high-interest ones. “You can see how quickly you can have everything paid off,” she says.

MAKE ROOM FOR OTHER GOALS, TOO

If you already have your emergency fund and high-interest rate debt addressed, then Klokkenga suggests putting the refund cash in high-yield online savings accounts dedicated to different goals, such as a vacation to Cabo or retirement. “When it’s not in your checking account, it’s harder to get to and gives you a pause before you can get the money,” she says.

Increasing your contributions to existing retirement accounts such as a 401(k) is another solid option, Biggica says. “For folks who are not already maxing out their 401(k), that increase in contribution makes them feel more secure and responsible.”

In some cases, you can front-load your contributions, Biggica adds, which means you reach the annual contribution limit before the end of the year. As a result, your take-home pay will be higher by November or December, which offers flexibility to pay for end-of-year costs like holiday spending.

After taking care of emergency savings and debt payments, there might not be enough left from the refund to make a huge purchase like a car, but Turner suggests squeezing in something enjoyable. “Go out and celebrate with something frivolous and entertaining: a nice steak dinner, new designer jeans, concert tickets,” he suggests. His guideline: Plan to spend about 10% on fun. For the average refund recipient based on last year’s IRS numbers, that’s about $280.

It probably won’t fund a vacation, but it could significantly glow-up your weekend plans.