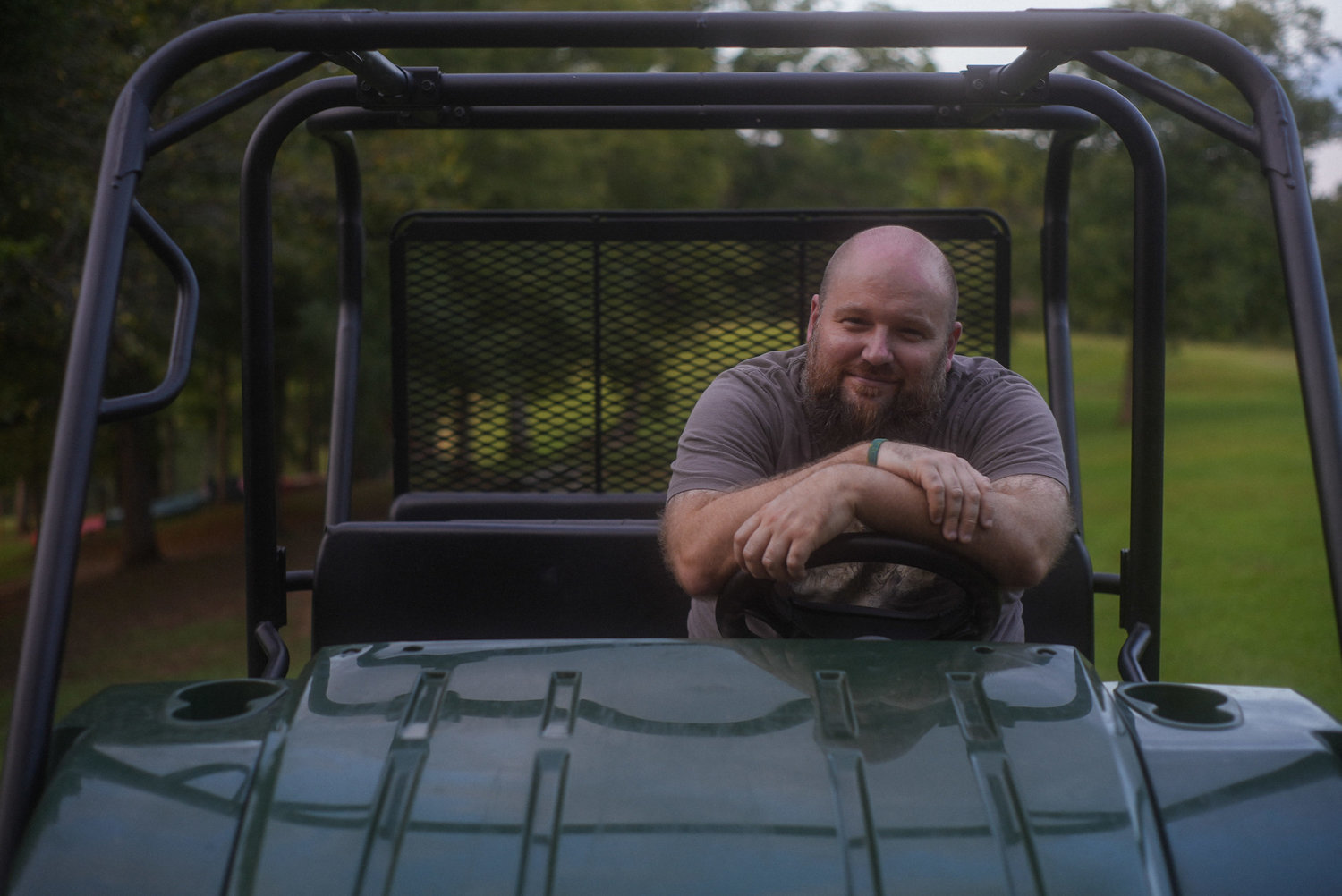 FORSYTH – Luke Foster has become the new director for the Camp Kaleo Retreat Center in middle Georgia. He succeeds Michael Flowers, who recently accepted the call to be the pastor of Rosemont Baptist Church in Waynesboro.

Flowers served as Kaleo Camp Director for 19-years; and he is the one who recommended Foster to be his successor. He explained, “Luke Foster is the guy. He brings a passion for camp ministry and will take Camp Kaleo to a higher place. I am proud to call him my Kaleo son and look forward to great things in the future for the ministry for Kaleo.

Camp Kaleo was established in 1986 and is a part of the ministry of the Georgia Baptist Mission Board. The word “kaleo” has its origin in the Greek language and means “called ones.” Since its beginning thousands of children and youth have responded to God’s call to eternal life and many others have been called into the Gospel ministry.

Foster grew up in in Epworth in the North Georgia Mountains, became a Christian at age ten and sensed that God was calling him into a vocational Christian ministry during his years in high school. He explained, “My pastor at that time ministered at Camp Kaleo for one week each summer and took a group from the church; and I had the privilege of working four summers at the Camp. I was a Unit Leader and an on-campus weekend facilitator during non-summer months. One of the traditions at Kaleo is that each summer staffer is given a camp name and their birth name is kept a secret. So, at Camp Kaleo Foster became known as “Finn”, not Luke.

Foster is a graduate of Young Harris College and the University of Georgia, was a student minister at Maynard Baptist Church in Forsyth for one year, but for the last eight years has been on the staff as the Event Coordinator of Shocco Springs Baptist Conference Center in Talladega, AL. Even while serving at the Conference Center in Alabama “Finn” continued to return to Kaleo each spring to help train staff and work on the camp’s low ropes course.

“My wife, Melody, and I met at Shocco in 2015;” Foster reported, “and we were married by Shocco Lake in the fall of 2018. We have an Aussie/German Shepard mix named Mayer. She is loving being a camp dog. It appears that it is her dream come true.”

While Foster is not an avid hunter or fisherman, he loves the outdoors. He declared, “My love for the outdoors falls more in rock climbing, hiking, and camping. While a staffer at Kaleo I got more interested in outdoor adventure activities. Four other staffers (Beamer, Stallion, Condor, Ranger) and I spent our spring break rock climbing a Sand Rock in Alabama one year. My wife loves hiking and has gotten me interested in kayaking as well.

While Foster loves the outdoors, he has also written a few Christian fiction novels. He expounded, “I have one novel that is self-published, but I have also written short stories for some of my friends’ children. I once wrote a short story for the son of a friend who worked at Kaleo. I called it ‘Tennessee Payne and the Quest for the Golden Cattywampus’ where I intertwined Camp Kaleo themes and used all 188 staffer names as words in the story.”

Foster’s passion for his new role in ministry became obvious when he stated, “We have had a saying for years that we believe at Kaleo: ‘Camp changes lives.’ I would like to amend that to ‘Jesus changes lives at camp’. There is just something special about summer camp in general. When you are away from regular life, surrounded by God’s beautiful creation, being poured into by staff that love Christ and care about kids, it provides an ideal ground for God to speak to you, teach you, and call you deeper into His service.

Kaleo has always been special to me because the staff are very much like family. You are in the trenches of ministry with these guys and girls and that creates special bonds that last forever. I still call my friends that I worked with on staff by their camp names and refer to them as my brothers.

Foster concluded, “My vision is that Jesus changes lives at camp. It is my goal that every camper who comes to Camp Kaleo will encounter Jesus, grow in Jesus, and learn to share Jesus. “Encounter – Grow – Share” is going to be my focus. I also want to have a missions focus where campers can learn about local, national, and international missions. There have been campers go on to become staff and then become pastors and missionaries. Kaleo means “to call” and I want to continue to see campers called to Christ and called to ministry right here on our campus.”

Father, mother, daughter die from COVID within 48 hours of each other in Georgia