The connection between Martin Luther's influence on Christmas traditions and atmospheric Christmas Markets is being remembered during this year, the 500th anniversary of the Reformation. LUTHER COUNTRY/Special
Posted Monday, November 27, 2017 2:57 pm
The Christian Index

The connection between Martin Luther's influence on Christmas traditions and atmospheric Christmas Markets is being remembered during this year, the 500th anniversary of the Reformation. LUTHER COUNTRY/Special

Many Georgia Baptists had barely digested their Thanksgiving turkey before they were decorating their Christmas tree. Few may be aware of the connection between the festive tradition and the Great Reformer as Christians celebrate this year's 500th anniversary of the Reformation.

The Christmas tree, special carols, and presents on December 24th: these much-loved traditions are all linked to Martin Luther.

Start with the tree. While walking through snowy woods under a bright starlit sky, the beauty of the scene so moved Luther that he wanted to recreate it at home. So, he cut down a fresh tree, brought it inside, and decorated it with real candles. Or so the story goes.

What is known is that The Great Reformer composed the Christmas carol still sung today: “From Heaven above to earth I come, To bear good news to every home.” He also moved the date gifts were given from Saint Nicholas' Day, December 6th, to Christmas Eve, December 24th.

Those are not the only Christmas customs for which Germany is known. Around the world, the country is famous for its Christmas markets. And nowhere are they more atmospheric than in LutherCountry, the German federal states of Saxony-Anhalt and Thuringia, an hour or so south of Berlin. 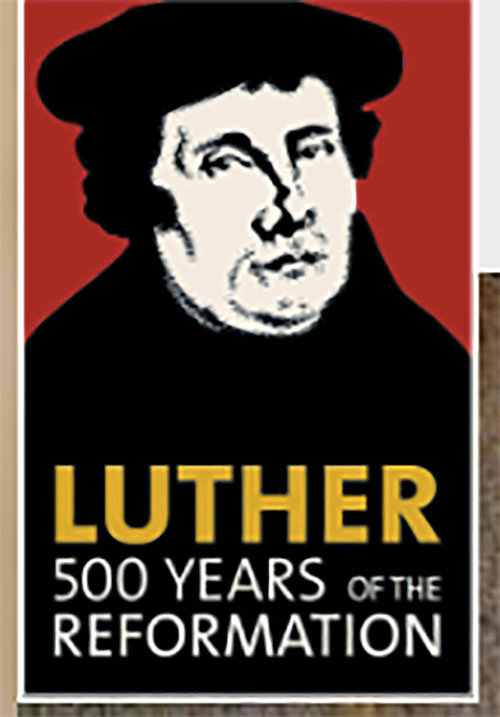 Take Wartburg Castle, where Luther translated the Bible. This hilltop fortress west of Erfurt provides a dramatic backdrop for the annual Historic Christmas Market. One-of-a-kind presents include handmade candles and lanterns. Demonstrations of age-old skills range from barrel-making to rope-making. And the medieval setting is perfect for selfies!

Southwest of Magdeburg is the town of Quedlinburg. With its picturesque half-timbered houses, the main square looks like a jolly Christmas card. Children ride the carousel; the air is scented with mulled wine, hot chocolate and roasted apples. Extra special is Advent in the Courtyards, when the doors to 20 private, inner courtyards, are open, so that the public can admire the Yuletide decorations.

In LutherCountry, the love of Christmas runs deep. When the Christmas Market opens in Weimar at the beginning of Advent, choirs sing carols around a 65-foot silver fir. This is nothing unusual. Nowadays, communities around the world have a Christmas tree. But the idea of a public tree originated right here in this handsome city. It was back in 1815 that a bookseller erected a Christmas tree outside his shop so that poor children could share the pleasure of Yuletide.

As for decorations for the tree, the world’s first were made by skillful glassblowers in the village of Lauscha, south of Erfurt. In 1880 F.W. Woolworth, the five-and-dime store pioneer, bought a batch of these delicate ornaments, put them on sale in his stores, and launched a new American tradition. Today, Lauscha’s glassblowers still create beautiful decorations.

Then, there is Stollen. This sweet yeast bread, dense with dried fruits and with a layer of marzipan in the middle, is a favorite holiday treat. But there are variations. At Erfurt’s vast Christmas market, those in the know head for the stand selling Schittchen, a similarly delicious fruit bread, which is only made during the holiday season. All are part of Christmas in this part of Germany, which is celebrating the 500th anniversary of the Reformation that began right here back in 1517.