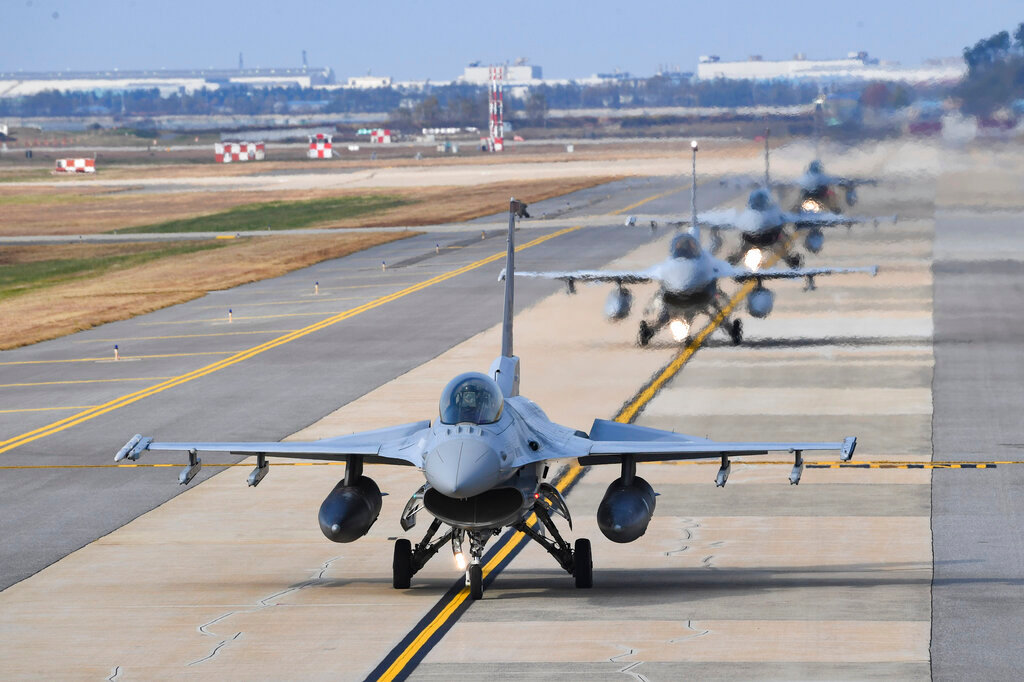 SEOUL, South Korea (AP) — Air raid sirens sounded on a South Korean island and residents evacuated to underground shelters after North Korea fired more than 20 missiles Wednesday, at least one of them in its direction and landing near the rivals’ tense sea border. South Korea quickly responded by launching its own missiles in the same border area.

The launches came hours after North Korea threatened to use nuclear weapons to get the U.S. and South Korea to “pay the most horrible price in history” in protest of ongoing South Korean-U.S. military drills that it views as an invasion rehearsal. The White House maintained that the United States has no hostile intent toward North Korea and vowed to work with allies to curb North Korea’s nuclear ambitions.

The North’s barrage of missile tests also came as world attention was focused on South Korea following a weekend Halloween tragedy that saw more than 150 people killed in a crowd surge in Seoul in what was the country’s largest disaster in years.

South Korea’s military said North Korea launched at least 23 missiles — 17 in the morning and six in the afternoon — off its eastern and western coasts on Wednesday. It said the weapons were all short-range ballistic missiles or suspected surface-to-air missiles. Also Wednesday, North Korea fired about 100 artillery shells into an eastern maritime buffer zone the Koreas created in 2018 to reduce tensions, according to South Korea’s military.

The 23 missiles launched is a record number of daily missile tests by North Korea, some experts say.

One of the ballistic missiles was flying toward South Korea’s Ulleung island before it eventually landed 104 miles northwest of the island. South Korea’s military issued an air raid alert on the island, according to the South’s Joint Chiefs of Staff. South Korean media published photos of island residents moving to underground shelters.

“This is very unprecedented and we will never tolerate it,” the Joint Chiefs of Staff said in a statement.

It said it maintains a readiness to win “an overwhelming victory” against North Korea in potential clashes.