Patrick Thompson is all about building relationships and giving people a genuine welcome when they attend New City Church. GERALD GARRIS/Index

LONG ISLAND CITY, NY – Patrick Thompson, pastor of New City Church across the East River from Manhattan, is praying and preparing for the church to grow by multiplication, not just by additions. However, as the leadership team develops a blueprint for growing the congregation by multiplication, plans are also underway for establishing multiple congregations throughout the NYC metroplex.

Thompson, along with his staff and parishioners, is following a New Testament model. In Acts 2:47 “the Lord added to the church daily such as were being saved.” By Acts 5:41, “believers were the more added to the Lord.” However, by Acts 6:1, 7 “the number of the disciples was multiplied.” The math begins with addition, but the power of the gospel and the passion of the early disciples soon changed the growth pattern from growing by addition to growing by multiplication. 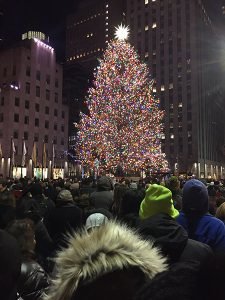 Thompson’s passion and stated goal is to grow the New City Church by multiplication. He actually started his ministry in New York with a vision and the promise of God’s faithfulness. Today his church is primarily composed not of transplanted southern Christians, but with New Yorkers who have been saved and discipled through the ministry of the New City Church.

In a recent conversation with Thompson he indicated that he was not particularly interested in reaching folks who are already saved, but those who need to have their lives redeemed and enriched by the atoning death of Jesus. He is impassioned about his congregation not just coming to church services to occupy space, but he wants to them to come with an invited guest by their side.

His appeal is actually reminiscent of W. A. Criswell who used to admonish his congregation to come to First Baptist Dallas with a Bible in their hands and a lost friend by their side. Thompson’s fresh approach to growing his church actually has a wonderfully classic ring to it. Most churches today have lost the art of inviting neighbors, friends, and acquaintances to go to church with them.

Two years ago, Michael Hill and his family came from the staff of the Lakeview Baptist Church in Auburn, Alabama to join the staff at New City Church. He has already laid the groundwork for planting Bridge Community Church in Queensboro Plaza, a sprouting city of skyscrapers bringing thousands of new residents to the area.

In fact, Savannah Hutto, a recent Auburn University graduate, who grew up under Hill’s collegiate ministry at Lakeview, has come on board as the Mission Teams Coordinator at the church and will be assisting in the planting of the new church, which will be officially launched on Easter 2019. Other church plants are on the New City Church drawing board. 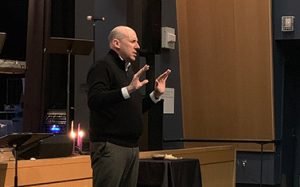 Grace Harris, a Georgia Baptist and recent Kennesaw State University student who recently transferred to the New York Film Academy, joined the New City staff as an intern in August and characterized the church as a community oriented, loving and, welcoming fellowship with a Bible based teaching ministry. She stated, “Our theme or motto is love God and love people.”

The church is demonstrating their love for New York in a myriad of ways. New City recently joined many of the churches of the Metropolitan New York Baptist Association to supply 8,000 coats for the homeless people of area. The church also served Thanksgiving dinner to the former military servicemen at the local veterans’ shelter.

Additionally, the church hosted a big carnival in a park near the church that attracted 2,500 people. The carnival had approximately 30 booths featuring face painting, sculptured balloons, and a great variety of games and amusements. The event acquainted the community with the church and facilitated the building of relationships. 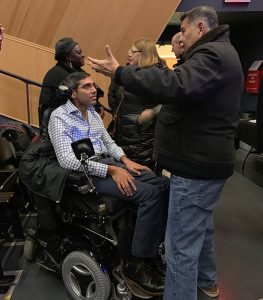 The church has monthly community groups from the church that go to local restaurants to eat for the purpose of fellowship and also to befriend the workers in the facility and establish relationships with anyone interested in knowing more about New City Church.

Pastor Thompson has a degree in television and film production and has attracted some of the most visible filmmakers in New York to the New City Church. Chase Muratore is a film producer. Jamal Hodge is a film director and producer. Jason DaSilva is an Emmy Award winning director, producer, writer and disability activist. He won his Emmy for his heralded documentary, “When I Walk.” The award-winning film follows his diagnosis of primary progressive multiple sclerosis and its progress from cane, to walker, to wheelchair. Although physically challenged he has participated in many of the events the church planned to reach out to the community.

DaSilva’s active role in the church along with the other notable filmmakers and community leaders has given the church favor and prominence in Long Island City and beyond.

On Sunday, Dec. 9 Thompson preached to a diverse, growing congregation of enthusiastic worshippers on selected passages from Mark 14 and urged them to live a life of submission to Christ and assured them, “No matter where you are in your Christian life Jesus will not abandon you.”

The service concluded with a beautiful observance of the Lord’s Supper and the sense of community was evident as people lingered long after the service to fellowship and assist with restoring the auditorium of the school where they meet from a church-like environment to a more academic setting.

John Ramirez, the associate director of the MNYBA, and his wife Anna have been a part of the New City Church from the beginning and laud the missionary spirit of the church. The church like most Southern Baptist churches is emphasizing missions giving for the month of December and giving to the Lottie Moon Christmas Offering is a vital part of that emphasis. The church’s percentage of giving to the Cooperative Program and the local association is above the average for even the most well-established Baptist churches.

Building a church in metropolitan New York City is a formidable task. The city is secular to the core and every nation in the world is represented in the population. It is the busy city that never sleeps and the plight of the unwashed masses is heartbreaking. And yet, those are the very people for whom Jesus died on Calvary.

Patrick Thompson, Michael Hill, and the folks at New City have carved out, established, created a remarkable fellowship and ministry that will have a profound impact upon the nation’s largest city and their strategy could become a model for any church that wants to significantly impact their community for Christ.

New City is not perfect and probably doesn’t have all the answers, but while most churches mathematically are marked by subtractions and a few are characterized by additions, New City is focusing on multiplication.