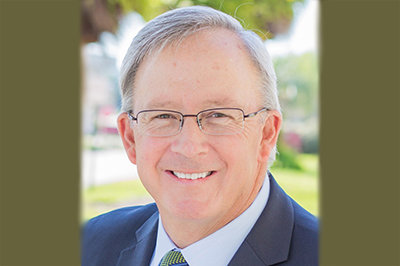 BIRMINGHAM, Ala. (BP)  —  David Uth, senior pastor of First Baptist Church in Orlando, will be nominated for president of the Southern Baptist Pastors' Conference in June, Georgia pastor James Merritt has announced.

"David is a pastor's pastor, a spiritual statesman, and is universally respected in his state and across our convention," Merritt, pastor of the Atlanta-area Cross Pointe Church in Duluth, said in a May 17 announcement to Baptist Press.

Merritt said he looks forward "to the leadership he will bring to this important role if it is God's will for him to be chosen" during the June 9-10 Pastors' Conference in Birmingham. Uth currently is the sole nominee to date as president of the conference that precedes each year's Southern Baptist Convention annual meeting.

Uth has led First Baptist Orlando since 2005. He is a former president of the Florida Baptist Convention and former International Mission Board trustee chairman.

First Baptist Orlando recorded 1,326 baptisms in 2018; church membership stood at 20,539, with the church reporting an average of 7,800 in morning worship.

"Nearly 25 percent of the church speaks and worships in Spanish or Portuguese," Merritt said, noting that First Orlando "leads the way in multicultural ministry."

"The church was lead partner in planting Storyline Fellowship in Denver, Colorado, in 2015 and has works flourishing in Madagascar (since 2014) and East Asia (since 2017)," Merritt, a former president of the Southern Baptist Convention, said. "The church has ongoing partnerships and missions activities in Cuba, Burkina Fossa, Mexico, Brazil, Haiti, and Jordan."

In its support of Southern Baptist causes, First Orlando reported gifts of $450,000 through the Cooperative Program to support missions and ministries in North America and around the world during the 2018 calendar year, or 2.38 percent of undesignated receipts of $18,912,559.

Uth had served as pastor of churches in Louisiana, Arkansas and Texas prior to leading First Baptist Orlando.

An Arkansas native and son of a pastor, Uth holds Ph.D. and M.Div. degrees from Southwestern Baptist Theological Seminary in Fort Worth, Texas, teaching New Testament courses for three years. He also earned an undergraduate degree in religion from Ouachita Baptist University in Arkadelphia, Arkansas.

Uth and his wife Rachel have two grown sons and a daughter and one grandchild.

Danny Wood, pastor of Shades Mountain Baptist Church in Birmingham since 1997, is this year's Pastors' Conference president. The Sunday-Monday event, under the theme of "Kingdom Character," will focus on Jesus' Beatitudes in Matthew 5. The four sessions will feature more than 20 speakers and roundtable participants.

Next year's Pastor's Conference will be in Orlando prior to the June 9-10 SBC annual meeting.