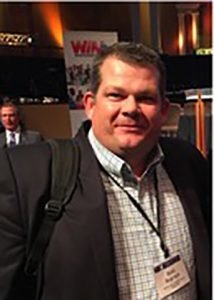 In each of his churches Boynton has made evangelism a priority and had the privilege of seeing many people come to faith in Christ. In the Dry Branch Church, which is located in a very rural, sparsely populated area his worship attendance increased from 15 to over 100 during his pastorate. He led the church to begin a second worship service and led the Middle Baptist Association in baptisms in 2010.

Boynton has taken his passion for reaching the lost to Spring Place and in his short time there the church has led the Murray County Association in baptisms for the last two years.

Boynton believes in cooperative missions and has led his churches to give eight percent of undesignated gifts to the Cooperative Program and three percent to the local Baptist association.

Boynton was elected by the Middle Baptist Association to represent them on the Executive Committee of the Georgia Baptist Convention and he served in that capacity from 2012 to 2017.

Boynton and his wife, Fran, have been married for twenty years, and God has blessed them with four wonderful children: Kayla, Madison, Lily and Nolan.

In his announcement, Rentz indicated that Boynton has a master’s degree from Luther Rice Seminary and lauds him as a Georgia Bulldog’s fan. However, Rentz added, “Brad believes that Georgia Baptists should be the state that points Southern Baptists toward evangelism, towards being soul winners, and leading people to faith in Jesus Christ."