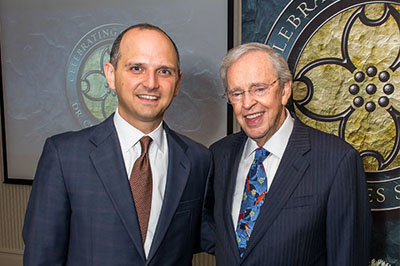 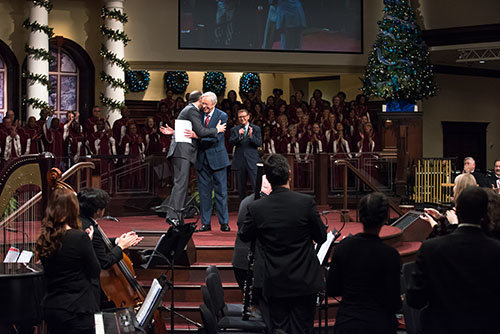 Dr. Charles F. Stanley, right, embraces Associate Pastor Anthony George today. Stanley proposed a succession plan that was approved by First Baptist Atlanta, making George Stanley’s future successor “at such time in the future, known only to God, when Dr. Stanley ceases to be the Senior Pastor of the Church.” FBA/Special[/caption]

ATLANTA --- Dr. Charles Stanley presented a pastoral succession plan to the congregation of First Baptist Church of Atlanta in both morning services on December 10, formally naming the church’s senior associate pastor, Dr. Anthony George, as Stanley’s future successor to lead the church. Although the succession plan does not include a fixed date, it does officially provide for the transition of the role of Senior Pastor to George “at such time in the future, known only to God, when Dr. Stanley ceases to be the Senior Pastor of the church.”

In his introductory remarks, Stanley clarified that the succession plan was not an indicator of an imminent retirement. “As you know, I don’t believe in retirement. It’s not biblical,” he told the church. He assured the congregation that the succession plan would not alter the current arrangement of his role as pastor and George’s role as his associate. “I will still be the pastor, and I plan on preaching as many Sundays as possible. This plan is about a time in the future, not the present.” 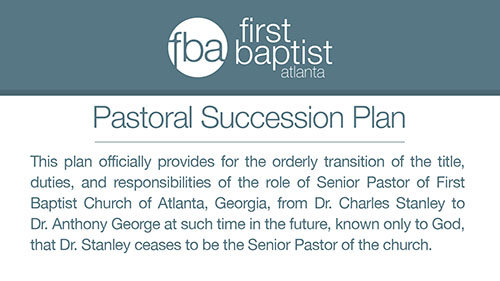 The slide above was presented to those at First Baptist Atlanta today in announcing the church's Pastoral Succession Plan. 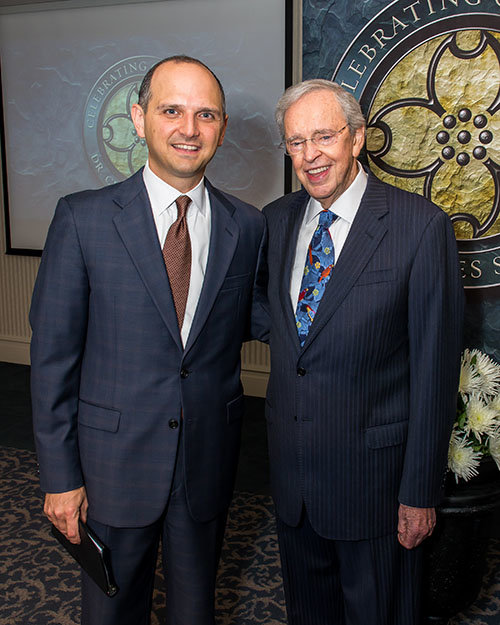 Charles Stanley, right, has served as pastor of First Baptist Atlanta for more than 45 years. He invited Anthony George to become his partner in ministry in April of 2012. FBA/Atlanta

Stanley explained, “While I intend to remain the pastor as long as God gives me health and strength, I believe the church should be prepared for the time in the future when that could change.” Prior to the vote in each service, Stanley summarized the effect of the plan by explaining, “Upon approval by the church, this plan will be officially in place to ensure a seamless transition in leadership whenever God ordains that to occur.”

At one point during Dr. Stanley’s presentation of the succession plan the congregation spontaneously stood and applauded to register their approval. The congregation was obviously elated over Stanley's decision to continue in his role as pastor in the foreseeable future and his wisdom in providing a path for a seamless transition to ensure that the church remains healthy, viable and one of the nation’s most visible flagship churches for decades to come. Stanley has often expressed his confidence in George’s ability and leadership qualities.

Dr. Stanley requested that the congregation be seated in order to hear the proposal in its entirety. Once the famed pastor had concluded his proposal he asked those in attendance to vote by standing to their feet as an indication of their affirmation. The congregation rose as one to demonstrate their unanimity regarding the succession plan.

Though Stanley became pastor of First Baptist in 1971, he first came to the church as associate pastor in 1969, the same year Anthony George was born. George has served at the church since April of 2012.