Above: This is the second of a two-part story on the box office sensation Black Panther. Yesterday's story focused on women who enjoyed the action-packed science fiction fantasy. Today The Index talks with pastors for their insight on why the movie is such a blockbuster success.

Michael Pigg considers himself to be a movie buff by nature; he reviewed first-run films for Paramount Studios as part of his college experience.

Jean Ward is a longstanding fan of Marvel Comics and its franchise on creating characters who wage the never-ending fight between good and evil.

Robert Wilson still has his superhero comics from the 60s which provide him with some good escapism, torn and dog-eared as they may be.

And Daryl Vinnings is happy that Hollywood has finally told an African American story from a positive viewpoint rather than working from stereotypes of oppression and discrimination. It’s what the nation’s youth and adults need to experience, he says.

These and other Georgia Baptist pastors, members of the state convention’s African American Fellowship, are united around their love of the first Black Panther movie and what is sure to become a very profitable franchise for the comic book-maker-turned-movie producer.

“I grew up pretty poor like a lot of my friends in the projects so money was scarce. A comic book cost just a few cents so I would cash in soft drink bottles for the deposit and buy myself a comic book,” Pigg notes.

The Conyers pastor says the movie does a good job of addressing the topic of self-identity and self-worth. Many of the world’s problems could be solved if individuals could resolve the wrongs in their past and mature as adults, he explains.

Self-identity and self-worth: a big issue for children and teens

“That’s a really big issue for children and teens of all races today and I think they and their parents need to see the movie together. That way they can discuss the values after they get home and it can provide a great teaching as well as bonding opportunity. 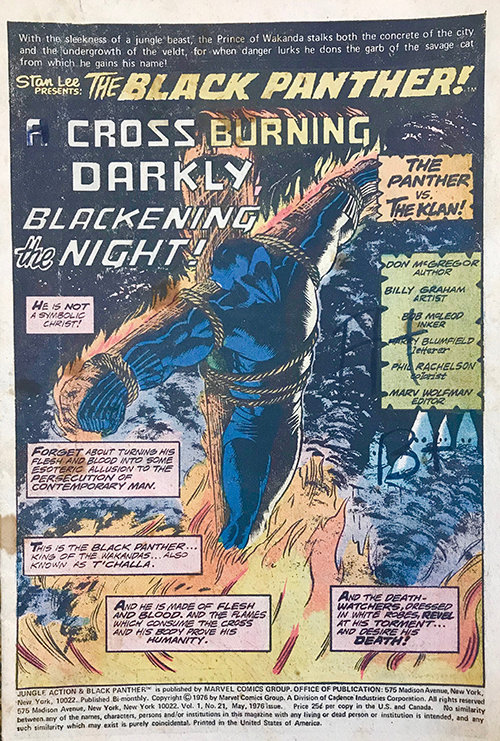 The Black Panther had numerous adventures in Africa and the United States ... such as the time he battled the Ku Klux Klan. JOE WESTBURY/Index

“The story is so powerful that a college in New England has written a core curriculum for early elementary students. That could have a strong impact as they deal with any issues in their lives,” he noted.

Pigg said that just about everyone in his congregation – Philadelphia Baptist Church – has seen the movie. His two grown daughters went, and, as is common nationwide, dressed in African styled clothing with its distinctive patterns.

The pastor says the movie can be used to teach Black history as well as Christian theology with its nation building theme … and the struggle of what do you do when you have been given a priceless gift; do you keep it to yourself or share it with others? That is not only the question that nations need to answer, but believers as well with the gift of salvation which God has freely given.

Pigg said the movie did a good job of walking the audience through that difficult decision as personified through the nation of Wakanda. It eventually decided to take the high road and share its technological knowledge with a highly dysfunctional planet.

That is the same decision Christians face every day, whether through personal situations or how their government relates to other nations.

“It’s not just a Black movie; it’s for all people, all races. It cuts across all barriers from social to economic to racial, and that is its genius," he says.

Jean Ward, president of the Georgia Baptist African American Fellowship, said he was pleased that Hollywood was able to showcase the talent in the African American community without compromising its culture. So many movies deal with the Black community’s struggle with drugs, economic advancement, and racial discrimination that it’s become an unfortunate stereotype, he says. 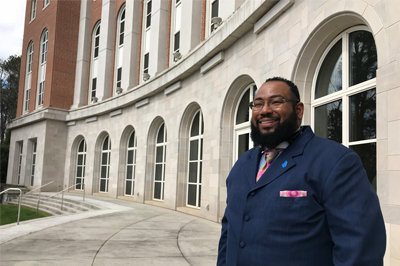 The story of the Black Panther and the fictional nation of Wakanda provide a good role model for youth: a rare world where Africans avoid the colonization that stripped the wealth from other nations and is able to grow at its own pace.

“The movie showed the diversity of different African tribes, just like the diversity in the African American community today. It showed that when you work at it, you can communicate and create friendships even though you may not agree on everything,” he stated.

That observation goes back to the theme which women in yesterday’s Index story repeatedly discussed; that it is better to build bridges rather than fences or walls. Ward also noted that the movie did a good job of explaining how a hurt or injustice from the past can easily be transferred into the anger and bitterness of today.

“All of our battles can be overcome through love and understanding and respect for one another. What the movie demonstrated so well in the nation of Wakanda and the lives of T’Challa and others is very possible in our world today,” he believes.

Black Panther: a hero and a role model

“Black Panther gave the African American world a hero and gave our children a role model for good. It is interesting that he is the wealthiest and most powerful of all the Marvel super heroes but he does not just fight for himself; he puts his country and the good of others first and foremost.

“No other super hero plays that role or has that responsibility for an entire nation.” 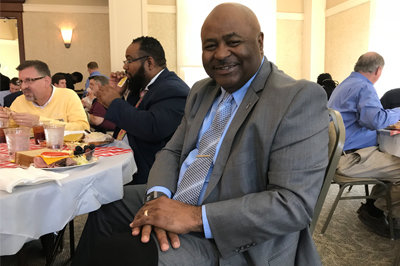 Daryl J. Vinnings went to see the movie with his family and a large group from his church, Hebron Baptist in Warner Robins. He likens its formula to the popular Star Wars franchise; it’s the strength of the story that is important, not the special effects. It’s the same fight between good and evil but told from a fresh perspective, he states.

“Too often, Hollywood focuses on the oppression, discrimination, and struggle of the Black community. What made this so groundbreaking is that it tells the story of Africans from the position of strength and power. These were people who were comfortable in their own skin, they were not trying to be someone they were not to gain acceptance in a world that is hostile to them.”

Vinnings noted that he has been reading the serial adventures of the Black Panther since he was a child. Stan Lee and Jack Kirby did a great job of creating the storyline and were visionary when they introduced the character in the turbulent 60s, he adds.

“This story is told from the perspective of a highly successful group of people who have mastered the art of fair government and have advanced in medicine and technology. They are superior on many levels, especially in contrast to the world outside their country which is hidden in a valley,” he explained.

Being in control of your situation

For Vinnings, the take-away message for youth is that when you have a healthy self-image you do not have to react to others in anger; you are in control of the situation. 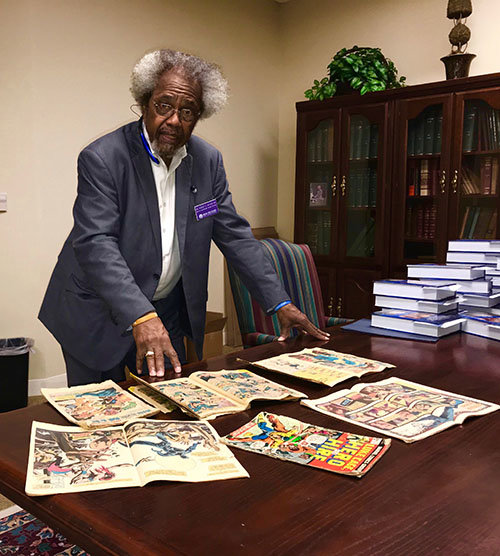 Pastor Robert Wilson talks about his Marvel comic book collection and its most prominent character ... the Black Panther. JOE WESTBURY/Index

“You operate from a position to move forward with great confidence when you know who you are,” he added. And that makes all the difference in the world.

Robert Wilson has seen the movie three times and gets more out of it every time. It doesn’t take much to get the pastor of God’s Acre Baptist Church at Ben Hill excited about his favorite super hero.

“I was raised on comic books and it was so exciting to see all the characters come to life on the big screen. The first time I went to the theater I enjoyed it purely from an entertainment level. But the second and third times showed me something totally different because I was watching it through spiritual eyes.

“There is a God-consciousness that permeates the movie that you can use in so many applications. There was a scene similar in theme to that of when Spock died in the Star Trek movie when he sacrificed himself for those on the spaceship Enterprise.

One must die for the many

“As he was dying in that sealed off room he was asked why he did it and he said something remarkable and very familiar: that one must die for the many. And as that scene unfolded I realized that Amazing Grace was softly playing on bagpipes in the background.”

Wilson also picked up on the theme of sharing your gift with others.

“The people of Wakanda were keeping for themselves the greatest gift that feel from the heavens – a mineral-rich meteorite which made them wealthy. The struggle was what were they going to do with it … keep it to themselves or share it with others less fortunate?

“Jesus came to our world with the message of life and hope but so many Christians keep that blessing to themselves. They don’t share it with anyone.

“We have a dying world and yet we don’t share the message of eternal life. Seeing this movie can convict us of our sin and remind us anew of our responsibility to share our gift with the world.”