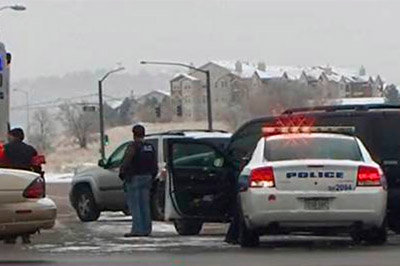 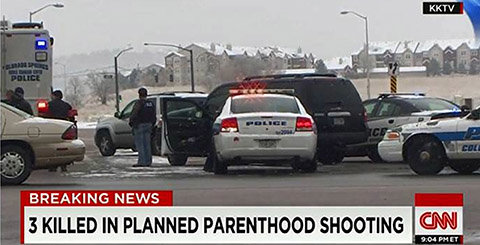 The Nov. 27 shooting at an abortion clinic in Colorado brought words of condemnatoin from pro-life leaders.

COLORADO SPRINGS (BP) — Pro-life leaders condemned the deadly shooting spree at a Planned Parenthood clinic in Colorado Springs while expressing grief and concern for the victims and their survivors.

The uniform opposition by leading pro-life advocates came in response to the shooting deaths of three people and injuries to nine others Nov. 27. Robert Lewis Dear Jr., 57, surrendered to police at the clinic after a five-hour standoff.

Killed at the clinic were Garrett Swasey, 44, a police officer, father of two children and elder at an evangelical church; Jennifer Markovsky, 35, a stay-at-home mother of two; and Ke'Arre Stewart 29, an Iraq War veteran and father of two. Swasey responded in the line of duty, and Markovsky and Steward had accompanied friends to the clinic, The Denver Post reported.

None of the 15 clinic workers at the scene during the shooting spree were harmed, Planned Parenthood officials said, according to The Colorado Springs Gazette.

Shooter rejected as being pro-life

While law enforcement authorities refused to comment on Dear's motive, four words attributed to him by news media prompted Planned Parenthood to charge opposition to abortion provoked the violence. Dear's remarks to police after surrendering included "no more baby parts," according to multiple news outlets, but authorities would not confirm he made such a statement, The Gazette reported.

Baptist leaders and others with the country's top pro-life organizations decried the violence and rejected any notion Dear acted as a pro-lifer.

Mike Routt, a Colorado Springs pastor and president of the state's Baptist convention, condemned the violence as a "senseless act of violence in which three of our citizens were killed."

"Three families have been devastated and our city traumatized. I – and our state convention – are strongly in support of the pro-life position. But we denounce any act of hate," said Routt, pastor of Circle Drive Baptist Church and chairman of the Southern Baptist Convention's Executive Committee, in written comments to Baptist Press. "Peaceful dissent and the political process are the correct methods of articulating our convictions. Violence has absolutely no place in this public debate. In spite of this tragedy, I – we – will continue our efforts to support life for all – including the unborn."

"The cause of the unborn is always severely undermined by murderous acts of vengeance."

Russell Moore, president of the Southern Baptist Ethics & Religious Liberty Commission, noted, "Vigilante violence against abortion clinics is not the way that Christians are called to stand for justice."

"The cause of the unborn is always severely undermined by murderous acts of vengeance," Moore said in written comments to BP. "Christians should be clear in calling for full justice for this shooter at the same time we call for justice and reform on behalf of unborn children. We overcome evil with good, not with more evil."

Charmaine Yoest, president of Americans United for Life, said in a written statement, "We are heartbroken for the families grieving the loss of their loved ones, especially during this time that is supposed to be one of national Thanksgiving and family celebration. We categorically condemn this violence. While we don't know all the details of this horrific event, we know that it was an evil act, one condemned by pro-life Americans nationwide."

Kristan Hawkins, president of Students for Life of America, said the shooter's actions run counter to the pro-life movement and only further "this Culture of Death that we live in."

"In the pro-life movement we know that the violence of abortion can never and will never be ended with more violence," she wrote in an email to supporters. "And even if the madman murderer in Colorado is proven to have entered the Planned Parenthood facility with intent, he wasn't pro-life."

'No room for violence'

Kelly Rosati, who lives in Colorado Springs and is the vice president of community outreach for Focus on the Family, said in a guest post at Christianity Today Online, "In the wake of the tragedy, it is encouraging to see leaders of the pro-life community continue to make it clear that there is no room and no place for violence in our movement. Nothing could be less pro-life than violence and the taking of human life. Not only is it wrong and despicable, it destroys everything the pro-life movement is about – valuing the dignity and sanctity of each human life."

Dear was not known to pro-lifers who gather for prayer outside the Planned Parenthood clinic two days a week, a participant in the peaceful actions told The Gazette.

The "no more baby parts" comment attributed to Dear, if true, would appear to be connected to recent revelations of Planned Parenthood's trade in baby body parts. Undercover videos released the last five months by the Center for Medical Progress have shown various Planned Parenthood officials in different locations discussing the sale of organs from aborted children. The videos include acknowledgements by Planned Parenthood employees of their willingness to manipulate the abortion procedure to preserve body parts for sale and use.

Vicki Cowart, president of Planned Parenthood of the Rocky Mountains, said the shooting "was motivated by opposition to safe and legal abortion."

In a written statement, Cowart described "an alarming increase in hateful rhetoric and smear campaigns against abortion providers and patients over the last few months. That environment breeds act of violence."

Dawn Laugens, executive vice president of the Planned Parenthood Federation of America (PPFA), said in a written release, "One of the lessons of this awful tragedy is that words matter, and hateful rhetoric fuels violence."

Reports of the "no more body parts" remark by Dear credited unidentified police sources, but The Gazette reported it could not independently confirm it. That comment was one of many topics Dear alluded to, but it was uncertain what part it played in his actions, NBC News reported, according to The Gazette.

The U.S. Senate may vote in the next few days on what is known as a reconciliation bill that would cut funds for PPFA in the wake of information on the undercover videos. The House of Representatives already has approved the legislation, which reportedly would strip PPFA of about $400 million of its nearly $530 million annual take in government grants, contracts and reimbursements.

PPFA and its affiliates received more than $528 million in government grants, contracts, and reimbursements, according to its latest financial report (2013-14). Planned Parenthood affiliates performed more than 327,000 abortions during 2013, making it the largest abortion provider in the country. 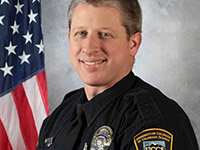 Officer was a church elder, teacher

Swasey, a six-year veteran of the University of Colorado at Colorado Springs police force, responded to the shootings in support of Colorado Springs officers. He was one of four elders at Hope Chapel, overseeing the church's care groups and serving as part of its team of teachers.

Hope Chapel's website contains the following message to Swasey on its home page: "You have blessed us for many years with your joy and love for the Gospel. As our dear friend and shepherd of the flock, with sorrow we say goodbye only to rejoice in heaven's gain. Your life will live on in our hearts and your example has set the course for us to follow in the years to come."

In a written statement, Marjorie Dannenfelser, president of the pro-life Susan B. Anthony List, said Swasey "embodies the spirit of the pro-life movement in this tragedy. He may not have agreed with Planned Parenthood, but Officer Swasey charged headfirst into danger to protect lives inside their clinic. He believed, as we do, that all lives are equally valuable and worthy of protection."