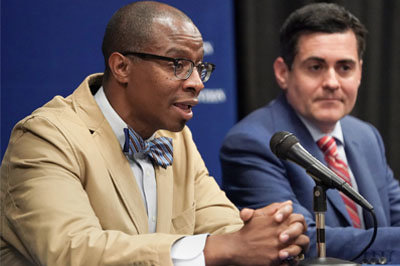 BIRMINGHAM, Ala. (BP) — Messengers to the 2019 Southern Baptist Convention advocated for the vulnerable against abortion, sexual abuse, and religious persecution in approving 13 resolutions June 12. 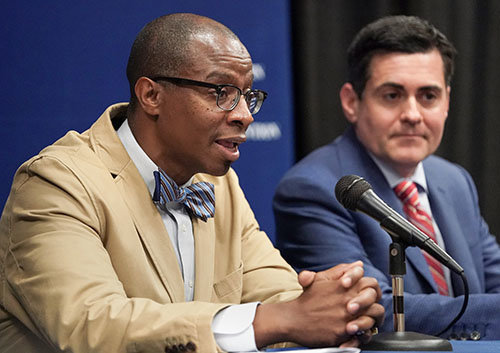 The resolutions also addressed a variety of other noteworthy issues in the convention and the world, including local church autonomy, same-sex attraction, justice, women in the military draft, and gene editing.

On abortion, the messengers applauded the recent enactment of state laws to restrict or prohibit abortion and called for the U.S. Supreme Court to reverse the 1973 Roe v. Wade decision that legalized the lethal procedure.

In a meeting that made the sexual abuse crisis in the SBC a priority, messengers passed a resolution that condemned and lamented all such abuse and called on churches and institutions to establish a safe culture for survivors and to guard against and confront abuse.

Messengers also approved a measure in which they pledged to pray for the end of persecution in China and North Korea and called on the United States and the international community to make religious freedom a "top priority."

Curtis Woods, chairman of the 10-member Resolutions Committee, told reporters the "overarching theme" of the panel's report "would have been protection – protection of the unborn as well as protection of those who could find themselves vulnerable to sexual abuse, as well as just keeping the Gospel of Jesus Christ first, advancing the Gospel, being concerned about the Great Commission."

The Great Commission of Jesus Christ is vertical, horizontal, and cosmological, he said in a news conference. "God will make all things new in Christ Jesus. And all things will be summed up in Christ. The Gospel pushes us to protect and to love our neighbors well."

Woods is co-interim executive director of the Kentucky Baptist Convention and a member of Watson Memorial Baptist Church in Louisville, Kentucky.

Russell Moore, president of the Ethics & Religious Liberty Commission (ERLC), commended the committee's work in the news conference, saying it gave the messengers a group of "carefully thought-through resolutions that Southern Baptists could speak through, to speak to ourselves and to the larger world."

All the resolutions except one passed in unanimous or near-unanimous votes. A resolution on critical race theory and intersectionality still gained passage with a strong majority.

The resolution affirmed the Bible as "the first, last, and sufficient authority" regarding how the church tries to amend social evils and said critical race theory and intersectionality should only be used in submission to Scripture. The resolution described critical race theory as a set of tools to explain how race functions in society and intersectionality as the study of how various characteristics overlap.

Tom Ascol, senior pastor of Grace Baptist Church in Cape Coral, Florida, sought to amend the resolution, including with language to say critical race theory and intersectionality are "rooted in ideologies that are incompatible with Christianity."

Woods told the messengers in response, "What we are saying is that this can be utilized simply as an analytical tool, not a transcendent worldview above the authority of Scripture, and we stand by the strength of this resolution."

Messengers also approved resolutions in which they:

Messengers approved two extensions of time for a total of 15 minutes in order to complete action on the resolutions.

The committee chose not to act on proposals submitted on the moral character of government officials, reconciliation with Jewish people because of a lack of concern by the SBC during the Holocaust period, peace between the United States and Iran, and the freedom of conscience of whistleblowers in the SBC.

Keith Whitfield, vice president for academic administration at Southeastern Baptist Theological Seminary in Wake Forest, North Carolina, served as vice chair of the committee. He is a member of Faith Baptist Church in Youngsville, North Carolina.