Rush to Crossover in St. Louis 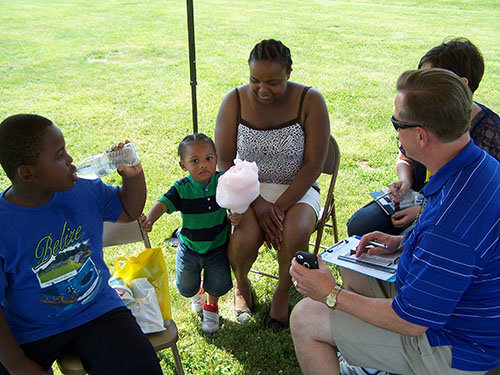 ST. LOUIS, MO — Southern Baptists gathered in the greater St. Louis area prior to the annual meeting for the 28th Crossover event. Crossover is actually made up of many events, all designed to reach people with the Gospel of Jesus Christ.

In 1983, when messengers approved Las Vegas as the 1989 SBC annual meeting site, they adopted a recommendation to add “a strong evangelistic emphasis in connection with the annual meeting of the Southern Baptist Convention in 1989.”

The week prior to the Convention’s annual meeting in Las Vegas, more than 2,000 volunteers participated in door-to-door witnessing campaigns and revival services. They visited over 100,000 homes and led approximately 470 people to Christ.

Since 1989, NAMB has reported more than 31,000 professions of faith in Jesus Christ as a direct result of Crossover activities. Thousands more have been put in contact with local Baptist churches.

This year in St. Louis 3,984 volunteers participated in 8,379 Gospel conversations where an invitation for a decision was extended. Crossover efforts resulted in 556 individuals placing their faith in Christ. 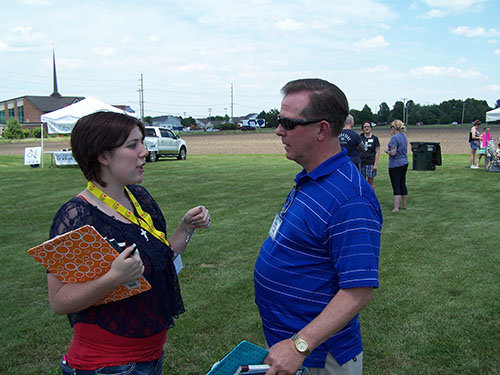 Crossover events were sponsored by more than 85 host churches and events. One of those churches was Swansea Baptist Church in Swansea, IL where Wilson Wickiser, Jr. is pastor.

Wickiser invited Tom Rush, pastor of Berean Baptist Church in Covington, to come to Swansea to assist him with the Crossover Kids’ Carnival his church was hosting. Rush reported that on the Saturday, April 11 the Swansea church had the opportunity to engage in 137 Gospel presentations and contacted numerous prospects for the church.

Rush provided evangelistic training for the church and also led the evangelistic outreach for the event. The church had not only assistance from the Berean Church, but also a church in North Carolina and several churches in Illinois.

Other Georgia Baptists participating in Crossover events were evangelist Keith Fordham and his wife, Shirley, and Mike Stone, pastor of Emmanuel Baptist Church in Blackshear, and his son, Andrew.

Next year’s Crossover in Phoenix will have the added component of a Greg Laurie Harvest Crusade in the stadium where the Arizona Diamondbacks play baseball. The crusade will be simulcast into churches, theaters, and homes all across America. It is not too early to pray for a great movement of God even now as Southern Baptists begin to prepare for that monumental event