Betty Jean Garner retires on Jan. 14 after 31 years of service at First Baptist Church of Sandersville. The spry 91-year-old has not decided on what her life's next direction will be, other than spoiling her five grandchildren.
Posted Friday, January 5, 2018 11:33 am
Joe Westbury

Betty Jean Garner retires on Jan. 14 after 31 years of service at First Baptist Church of Sandersville. The spry 91-year-old has not decided on what her life's next direction will be, other than enjoying her grown children and five grown grandchildren.

SANDERSVILLE — In July, Betty Jean Garner was ready and determined to retire.

For 31 years she has served as the church secretary at First Baptist Church, the “go to” woman if anyone had questions about how to get things done.

She is also a legend in the community, notes Senior Associate Pastor Scott McDade.

“Everybody in the church knows and loves her, and pretty much the entire town knows she is retiring,” Mc Dade says matter-of-factly.

But this is no regular retiree. Betty Jean has ministered at the church for the past 31 years, an accomplishment for almost any employee. She multitasks as well as anyone half her age and hasn’t met a technology she can’t adjust to.

And then there’s that thing about her age. Betty Jean celebrated her 91st birthday in August. But, she and McDade quickly admit, that has nothing to do with her plans to slow down. She admits she has “kept on going” at her desk far longer than even she anticipated.

“I was 60 years old when I came to work at First Sandersville after working several different jobs around town. I was encouraged to accept the position through a friend who had recently been employed at the church. So, that is how I learned about the opening.

“I thought I’d hang around for a couple of years … maybe until I turned 65, but that was certainly not a sure thing. I just wanted something to do,” she says between answering phone calls on a Thursday afternoon. 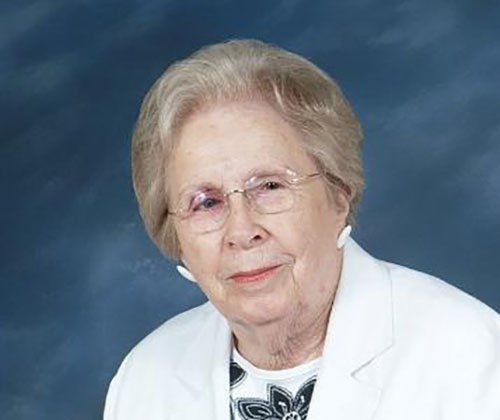 The church averages around 300 in Sunday morning worship and is the largest church in the small town. It is a very aggressive congregation when it comes to reaching the community for Christ.

Betty Jean is an important part of that outreach because she pretty much knows everyone and everyone knows her.

One of her spiritual gifts is counseling other senior adults. She’s always letting church staff know who is sick or in the hospital or needs some kind of assistance. She’s not just a church secretary, she is the church secretary. She does it all.

And “all” includes desktop publishing as well as responding to and routing emails. In years past she even did a little of the financial secretary work during that individual’s vacation days.

“Back then we didn’t have computers here at the church so all we used were ink pens and ledgers to record and transfer funds,” she says with a chuckle.

Her flexibility shows her value to the church and its Kingdom work.

“She’s not retiring because we think it’s time for her to step aside; she has been here so long because she is needed. Her age has nothing to do with it,” McDade quickly adds.

“She has a smart phone, handles group emails, performs data entry for the ACS software which tracks members’ information such as phone numbers and addresses, their giving, birthdays, and other information.”

Betty Jean agrees with that assessment.

“My job description doesn’t even begin to cover everything I do, but I like it all. It keeps me alert and active. I love coming to work every day and the interaction with so many different people, both in the church and the community.

“But I have certainly seen a few changes through the years. I began with an old Addressograph and stencil machine, the workhorses of offices back then.” 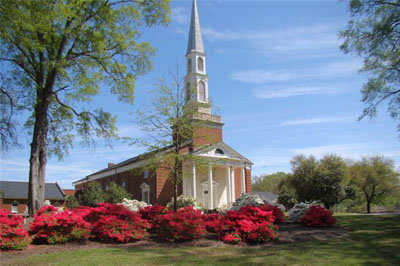 Betty Jean plans to keep active as much as she can and enjoy her daughters Sally and Susan and five grandchildren. One son, Tommy, passed away last December and her husband, Emory, passed away in 2009.

Following her son’s death she considered retiring back in the summer of last year but was talked out of it. Senior Pastor Lee Lacey “would not hear a word of it.”

Now the years have been whittled down to a handful of days and it appears the retirement is going to be official. Originally it was set for last Sunday, Dec. 31 but was extended by two weeks into mid-January.

The word is now circulating around Sandersville that next week is supposed to be her final week. The plans include a special recognition ceremony in the evening worship service on Jan. 14. 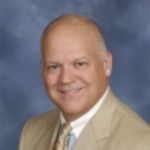 Following a reception in the fellowship hall she will theoretically be retired.

But with Betty Jean Garner, you never know for sure.

First Baptist Church of Sandersville was founded in Washington County in 1859. The Middle Georgia church is located halfway between Macon and Augusta. Lee Lacey became senior pastor on May 1, 2002. Under his leadership the congregation has grown to its current membership of more than 900. The church website is www.fbcsandersville.org.