‘SBC Coast to Coast’ to premiere on Georgia’s ACTS2 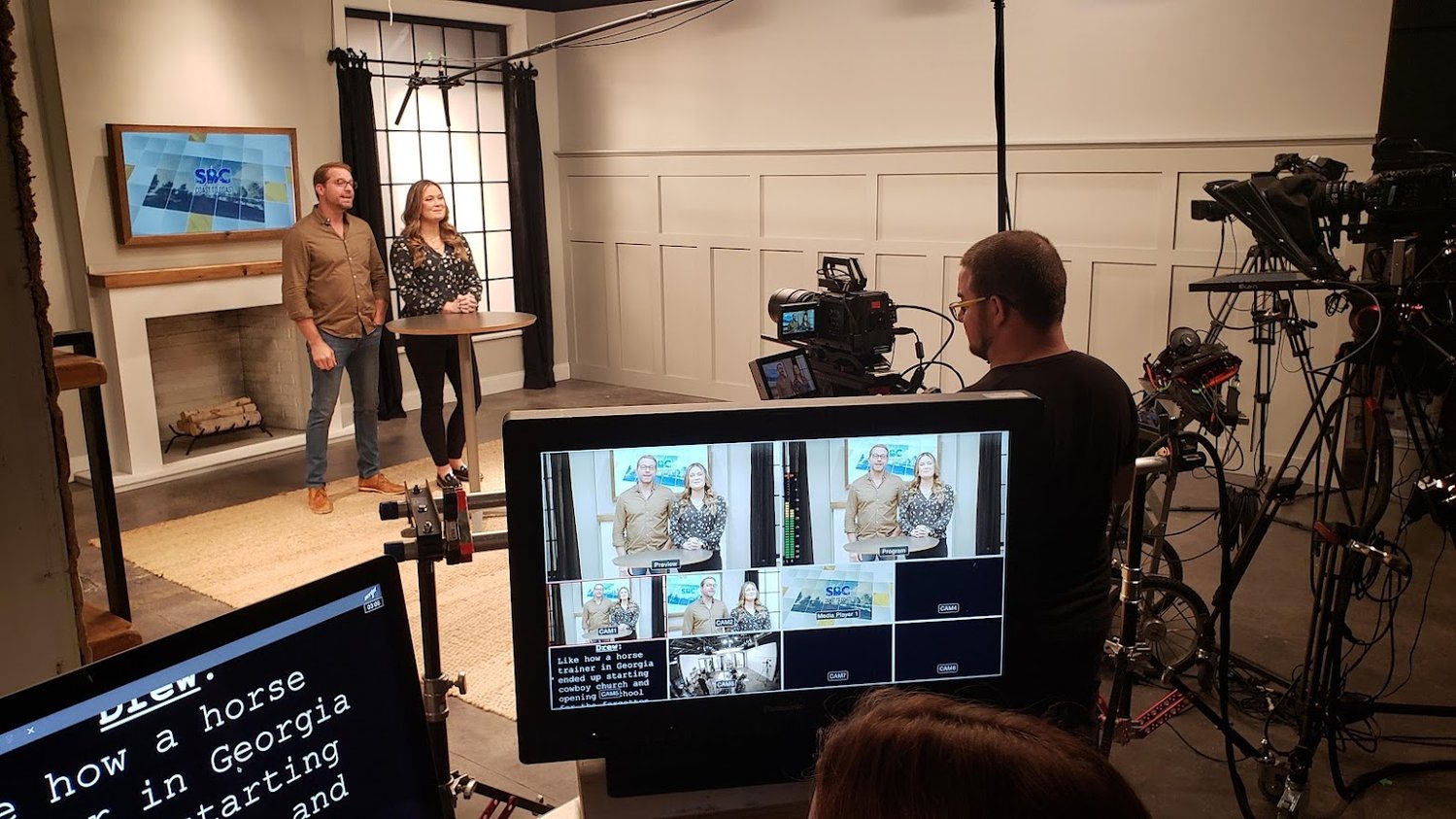 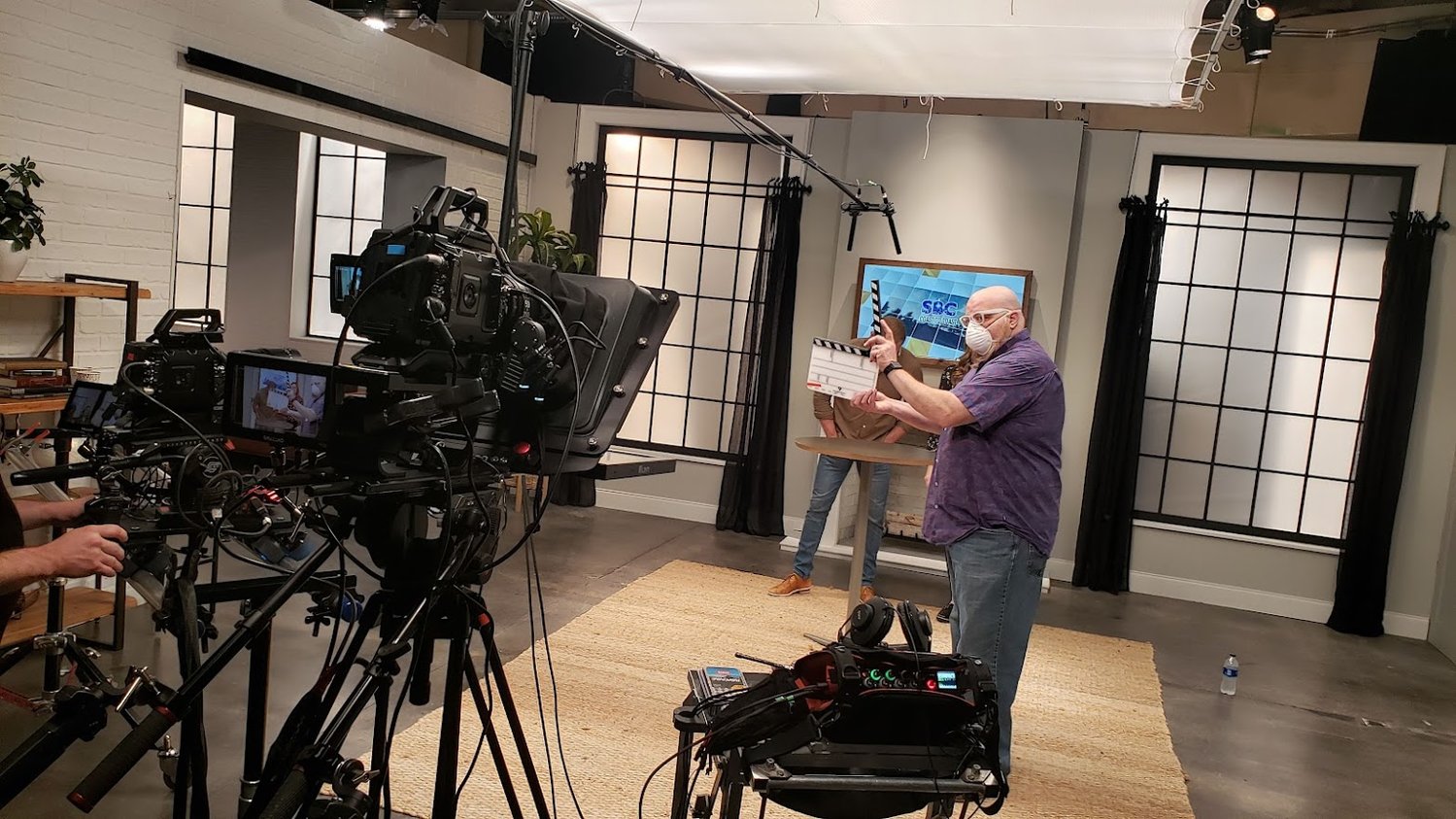 Producer Jon Graham slates the next take while filming the host segments for SBC Coast To Coast. (GBMB/Scott Smith) 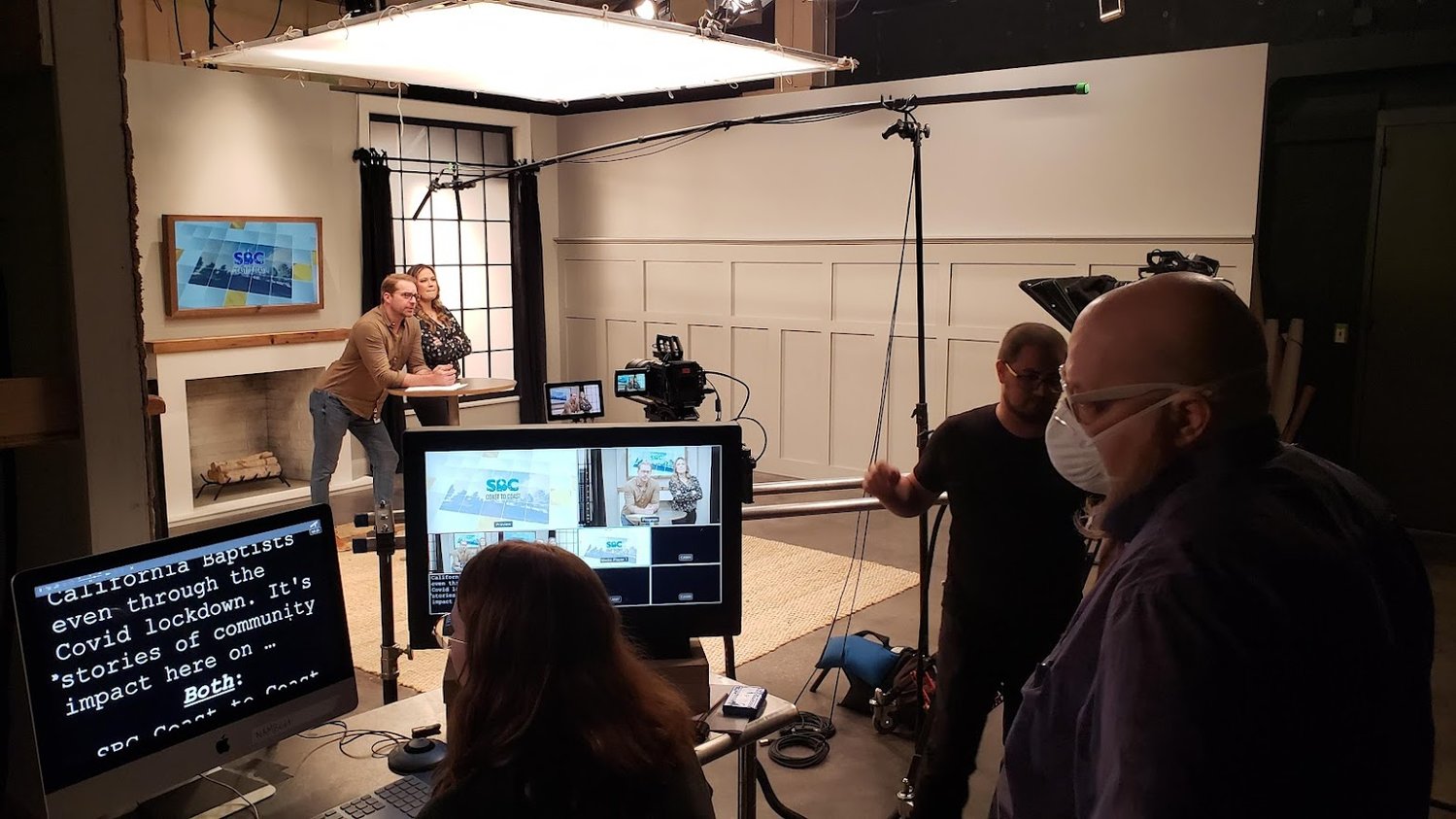 DULUTH, Ga. – A new television program will remind Southern Baptists of the positive impact their work is having across the nation.

The first episodes of SBC Coast to Coast will premiere on ACTS2 next week during its livestream of the Southern Baptist Convention’s annual meeting in Anaheim, Calif.

“Southern Baptists need some reminders of the good that is being done and the lives that are being changed every day,” said Jon Graham, the creator of ACTS2 and a member of the Research and Development Team at the Georgia Baptist Mission Board. “They need a reminder that Southern Baptists have a local, state, national and global impact.”

The ACTS2 streaming service, a family-friendly alternative to television networks, started in November to provide wholesome programming for Christian viewers.

Though still in its infancy, ACTS2 has already compiled a strong lineup of programs, including Season 1 of The Chosen, a TV series depicting the life of Christ and his disciples. Hundreds of other titles available for viewing include the documentary series Far Flung Tin Can, parenting programs such as Parent Compass, children’s programming like Kid’s Beach Club and Awesome Science, and several faith-based films – with more to come.

In addition, ACTS2 will carry live events from the SBC's annual meeting, including the Prayer Time, Pastor’s Conference, and General Sessions.

The hosts of the program are Erin Bethea, the actress who played the lead role in the 2008 movie Fireproof, and Drew Waters, an actor with numerous credits, including a family-friendly film he produced starring Erin, called New Life, which is available to watch on ACTS2

Bethea and Waters were filmed at the North American Mission Board’s studio in Alpharetta, Ga.

“The first four episodes will be premiered during the meal breaks occurring in the livestream from Anaheim,” Graham said. “The premiere schedule can be found at https://www.acts2tv.com/sbc_coast_to_coast. The episodes will be available on demand as soon as the premier run ends.”

Graham said anyone can submit pre-produced stories for consideration in SBC Coast to Coast by emailing him at jongraham@acts2tv.com.

Earlier this year, the ACTS2 television streaming service made a series of popular sermons by the late evangelist Billy Graham available for viewing.

“Billy Graham was the greatest evangelist we’ve known in modern days,” Graham said. “To hear his voice brings multitudes back to a memory of a ‘God moment’ in their lives. His messages are just as timely today as they were 50 years ago, if not more so. Having this collection of sermons fulfills our mission of being Great Commission television that’s authentically Christian and theologically sound.”

Graham said he has also added 11 sermons from this year’s Georgia Baptist Evangelism Conference tour, as well as sermons from past Southern Baptist Convention annual meetings dating back to 2012.

“To our knowledge, this is the only place this content is available for viewing,” he said.

ACTS2 is available at the iOS APP store, Google Play (Android) store, Amazon’s fireTV, Roku and on the web.