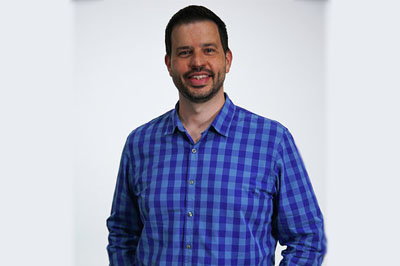 Smith's history with the church goes back to 1996, when he joined the staff of Calvary Christian School, a ministry of Calvary Baptist Church. From 1997-2007 he served in various roles at Piney Grove Baptist Church in Fortson in the college ministry, as minister of education, minister of music, and minister of youth before joining Calvary in 2007 as student pastor. During that tenure at Calvary, Smith also served as associate pastor, interim worship pastor, and even headmaster of Calvary Christian.

With an intimate connection with the church and area, Smith expressed his excitement to be in the position.

"Calvary has a unique ministry model," he said. "On our campus we have the church, but also a school, assisted living community, retirement community, and counseling center. The church has become a vital part of the Columbus community, being involved in areas such as prison ministry and crisis pregnancy centers. Through such steps Calvary Baptist is impacting thousands in the area."

Smith's wife, Hilary, grew up at Calvary (the church hosted the couple's wedding) and graduated from Calvary Christian School. They have two daughters, Tennyson and Moreland.

"After I graduated college in 1996, God opened the door for me to teach the Bible and coach basketball at the school here," said Smith. "Now, I'm getting to lead a group of people mobilized to serve others both on and off our campus. For our church, it's all about making disciples."

Smith follows the pastorate of Jeff Struecker, who was named co-pastor in February 2011 before transitioning to lead pastor in April 2014.