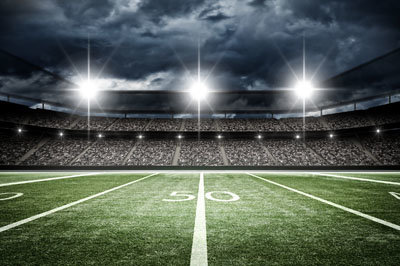 There are a lot of things wrong about sports – over-devotion by fans, parents investing in their 8-year-old like their retirement depends on his signing bonus, overpaid athletes and coaches.

But, from time to time we get a comeback story so improbable Hollywood wouldn’t touch it. And in the process, we get a lesson on staying ready, because the time will come.

Something gets taken from you and it makes national headlines. Rumors surface that you can get it back. When those rumors look to be true, you work. You work and prepare as if what was taken is going to be returned. You keep doing so even when it feels pointless and there’s nothing to show for the hours of practice you put in. There are no crowds, no TV cameras. It’s just you and a ball field.

Yes, I’m talking about the University of Alabama-Birmingham Blazers.

In December 2014 the school’s president (with additional influence, UAB backers maintain) made the highly-controversial decision to end its football program. The Blazers had gone to a bowl game only once before, in 2004, but new head coach Bill Clark had gotten them bowl-eligible in 2014.

After the program was reinstated in June 2014, Clark decided to stay and rebuild. But, he had to do so without numerous athletes who transferred and assistant coaches needing employment, but no team to coach. He rebuilt through recruiting and getting athletes from junior colleges. There were no Blazer football games in 2015 and 2016, but the team and staff had to practice as if there were. In 2017, UAB went 8-5 and earned a berth to the Bahamas Bowl, where they lost to Ohio.

That feat was remarkable enough. In the early 90s Southern Methodist University faced the same situation, restarting its football program after two season off, albeit for much different reasons. Over seven years the Mustangs only won three games, going winless in four seasons.

By comparison, the UAB Blazers are not only bowl eligible again after not having a football team two years ago, but on Saturday won their conference. They’ll play Northern Illinois on Dec. 18 at the Boca Raton Bowl in Boca Raton, Fla.

Paralleling this with 2 Timothy 4, Bill Clark literally had to have his team ready out-of-season in order to seize their opportunity in-season. Getting there took preparation beyond the lights, beyond the crowds. There is no dissimilar charge given to Christians.

The problem is, we like to have done something much better than actually doing it. The result becomes romanticized but doesn’t happen without the work. If finding time to read Scripture doesn’t hold an important place in our lives, we’re not going to be able to provide the answer the gospel delivers. Our hearts aren’t conditioned to see the opportunity in front of us to speak it to others.

Last year LifeWay released a study showing how Americans are fond of the Bible, but they don’t actually read it. Have you read all of the Bible? Congratulations, you are part of the 11 percent to do so. Another 12 percent had read almost all of it. However, more than half of respondents said they’d read little to none. Think about this in light of an American Bible Society study released around the same time that said 87 percent of American households have a copy of Scripture, with the average household having three.

What does this mean? A lot of dusty Bibles. It also shows a country where a quarter of American Christians don’t believe in God as described in Scripture. Furthermore, it sets up a lot of churchgoers to be easy prey for unbelievers looking to shake one’s faith.

Instead of waiting for January 1, why not resolve to begin preparing for your moment today? Find a time to read not only your Bible, but sound Christian authors to help you grow in your faith. Yes, you may have to wake up 15 minutes earlier to do it, but it’ll be worthwhile. Avoid distractions. Write down what you learn. Find a small group to keep you accountable.

Imprisoned when he wrote both letters to Timothy, Paul nevertheless penned the first one from a rented house. 2 Timothy came about while he was in a cold dungeon, chained like a common criminal (2 Tim. 2:9). Paul’s life was near the end, and he wanted to share the importance of preparation with his young protégé.

“Preach the word; be ready in season and out of season; rebuke, correct, and encourage with great patience and teach. For the time will come …” (2 Tim. 4:2-3a, italics added).

Sound doctrine isn’t the only thing under attack; so is our attention span, our concern for making the most of our days. At some point our ability to respond with the gospel will be tested. At some point the time will come.