Bobby Bowden, one of the most revered and respected college football coaches in America, was born in Birmingham, AL in 1929. His story is a compelling one and beautifully told in the documentary The Bowden Dynasty, which will be shown in theaters across America Sunday, Jan. 8, the evening before the national college championship football game. 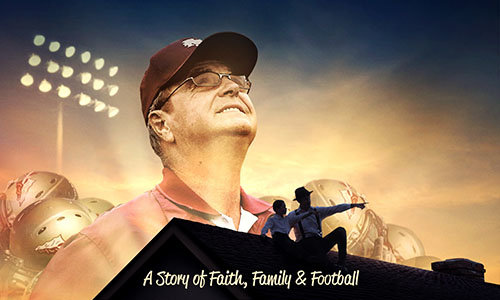 During his career Bobby Bowden became one of the most prolific college football coaches in America. His story is now being told in a documentary about his life and how faith played a role in his leadership on and off the field.

Bowden grew up with football in his blood and lived near Howard College (currently Samford University) and walked by their football field every day on the way to and from school. He and his friends played tag, and sometimes tackle football, as often as possible. He loved drawing up trick plays in the dirt for his team in those hotly-contested games.

When Bowden was 13 years old he had been playing with his friends on the campus of Howard College, but noticed intense pain in his knees that was diagnosed as rheumatic fever. The illness kept him out of school for a year and he was depressed, because the doctor told him he couldn’t play football any more.

'I will serve you'

Bowden said, “Up until I was bedridden I was in church every Sunday morning, every Sunday night, and every Wednesday. We never ate without having a prayer. We never went to bed without saying a prayer. We were taught that. I remember praying, ‘Lord, if you heal me, I will serve you any way you want. In fact, I would love to serve you through football if that is what you want me to do.'" 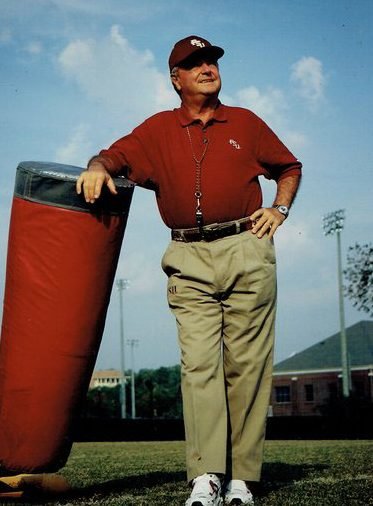 Bobby Bowden experienced only four losing seasons in his 44 as a head coach. From 1987-2000, his Florida State teams won at least ten games, finished in the top 4 of at least one off the major polls, won two national championships, and brough two Heisman Trophies to Tallahassee.

Bobby convinced his mom to take him to a specialist to get a second opinion. That doctor indicated Bobby's heart was healthy enough for him to play football. So, he went out for varsity football the next spring.

The documentary tells about how Bobby met Ann, the young lady who became his wife, and relates her first impression of the cute, gregarious student-athlete who eventually won her heart. The courtship was intriguing and brief, but the marriage has been loving, productive (six children), and long.

If you didn’t know that Bobby Bowden was a quarterback on Howard College’s football team and a “Little All American” football player three years in a row, you will find out in this documentary.

Bowden’s meteoric rise from an assistant college coach at Howard to his legendary career as the head football coach at Florida State University is truly a captivating and inspirational story.

However, as with any football coach there is the thrill of victory and the agony of defeat. Sometimes defeat incurs the hostility of wealthy alumni and zealous, obsessive fans. The Bowden Dynasty shows how Bobby Bowden faced adversity with courage and faith. In fact, he taught his players by precept and example how to excel not only athletically and educationally, but also spiritually.

The film also shows how Bowden became a superior recruiter. He is portrayed as a super salesman, a charmer who would recruit a player by going into the kitchen and start cooking with the prospective player's momma. He was able to recruit five-star athletes from all over the southeast like All-American Ron Simmons of Warner Robins, who signed with Florida State right out from under the nose of Georgia Coach Vince Dooley.

During Bowden’s reign he established traditions, scheduled premier teams, connected with alumni, attracted fans, enlarged the seating capacity of Doak Campbell Stadium from 39,000 to over 80,000 and occasionally preached the Gospel to his players.

On one occasion Bowden used the untimely death of one of his players, Pablo Lopez, to ask his team and coaches, “If you were to have died like Pablo, where would you spend eternity?”

The wise coach said, “I gave the team a Sunday School lesson about eternity. I preached to them. I was concerned about where my players would spend eternity.” It was that meeting that prompted Mark Richt, former UGA and current University of Miami football coach, to schedule a personal visit with Bowden that resulted in his profession of faith in Christ.

The Bowden Dynasty is an inspirational film about faith, family, and football. It chronicles the life of an extraordinary man leaving a legacy of one who has served God’s purpose for his life.

I enthusiastically encourage anyone and everyone with the slightest interest in football or developing a life of integrity to find a theater where this film is being shown on January 8 and go see it with a friend. It will be one of the best decisions you could make at the beginning of the New Year.