The church for the unchurched: how Cascade Hills got its DNA

The outdoor baptismal pool at Cascade Hills never takes a day off, literally, thanks to its availablity any day and time of year. CASCADE HILLS/Special
Posted Friday, September 29, 2017 4:17 pm
Scott Barkley

The outdoor baptismal pool at Cascade Hills never takes a day off, literally, thanks to its availability any day and time of year. CASCADE HILLS/Special

The people at Cascade Hills Church in Columbus are ... different.

They can barely name any top evangelical authors. They're not familiar with the latest Christian music hits. Ask about their favorite church-growth conference speaker, and you may be disappointed by their lack of familiarity.

But, strike up a conversation about Bible characters, doctrine, or how they came to know Christ? There, you'll get input. That's because church members don't know a whole lot about church culture, since few of them came from one.

"We intentionally refuse to pursue members of another church since we don't believe that is of God," says Pastor Bill Purvis. "We will not hurt another pastor or church."

Instead Cascade Hills' focus lies, Purvis stresses, with those unfamiliar with church or don't do church – they might night even like church. That pursuit is real, though, as Cascade Hills somehow sees growth even while losing some 350-400 people each year through military transfers at nearby Ft. Benning.

A focus on prayer and that Labrador-on-a-tennis-ball desire to tell others about Christ has transformed Cascade Hills into one of the more evangelistically-minded churches in the Georgia Baptist Convention, as evidenced by the congregation's baptizing over 400 people last year.

And while Cascade Hills has become a large church, Purvis testifies to its basic principles applicable in any setting.

"Twenty-five years ago, with 11 people, we began what came to be called The Pastors Prayer Partner Ministry," Purvis says. "It's been used by God to shape the hearts of our disciples. Because of it we naturally grew deeper in love, unity, power, compassion, and faith.

"Jesus said, 'My Father's House is to be a house of Prayer.' We've discovered that both biblical evangelism and discipleship result with this foundation."

The process eventually produced a book, Pastors Prayer Partners, that outlines what has become a ministry encompassing more than 1,100 church members praying daily and during each of Cascade Hills' four weekend worship services.

Each week Purvis and his son Brent, who serves as co-pastor, preach to a crowd that can identify with a lifestyle devoid of Christ. It's a lifestyle Bill remembers.

On April 28, 1974 Bill Purvis lay dying in the parking lot of a run-down theater, blood leaving his body from three stabs of a butcher knife. Cascade Hills' website recalls that "right then and there at a light pole ... he repented of his sins and cried out to God, receiving Jesus Christ as his personal Lord and Savior."

"I was changed by Jesus Christ and have grown in love with Him since that day," Bill says. "I believe when you have a burning love for something or someone, it's natural to talk about it with ease."

So, on Easter Sunday in 1983 Purvis – joined by his wife, Debbie – accepted the call to become pastor of Cascade Hills, a congregation born in 1956.

According to annual Church Profile Reports, Cascade Hills baptized one person the year Purvis arrived. Five were baptized the next year. For the rest of the 80s the congregation would see no fewer than 21 baptized annually.

Baptisms jumped considerably in the early 90s, right around the time Cascade Hills began The Pastors Prayer Partner Ministry. Since then, the church has averaged 364 baptisms annually. In 2016 the church baptized 472 people, the most among GBC churches. 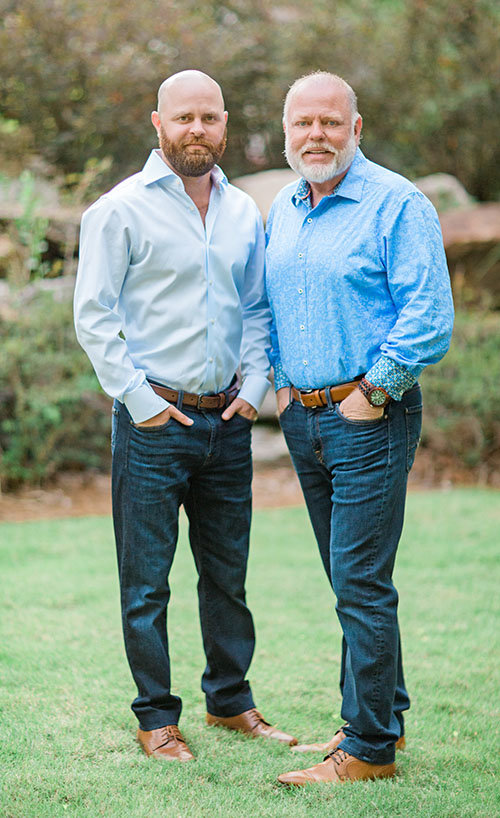 In early 2015 the number of people wanting to be baptized became a pressing matter. Periodic scheduling of baptisms didn't work because too many were ready to go under the water, right then. So, Cascade Hills constructed a temperature-controlled outdoor baptismal pool that can be used year-round.

And it gets used. Daily.

"It had become challenging to open the church every day of the week," remembers Purvis. "We've never covered the pool since it was built."

"We have so many decisions. I'm calling people on a constant basis to set up baptism, go over their testimony, learn their story. We have a really neat system here," he adds.

As Cascade Hills grew, Purvis acknowledges that at times things had to be determined as necessary. Was this particular method of teaching, music, or strategy reaching people? Did it draw them closer to Christ? No cow was sacred enough to get in the way of pursuing the lost.

"Since the overwhelming majority of our church members came by conversion and never attended another church, we have less religious tradition to overcome," Purvis points out. To that point, Cascade Hills' body includes some of Columbus' wealthiest and poorest citizens.

Those with another religious background have joined, too. "One of the 'highlight days' for me was when we saw – in one service – two people of the Jewish faith, two of the Muslim faith, and a young Hindu lady all coming to Jesus. I'll treasure that experience forever!" Purvis exclaims.

"We don't hide behind the walls of the church and fear the world. We know the biblical gospel works. Nothing changes a life like the power of God, and His power comes when He is present!"

NOTE: An earlier version of this story incorrectly stated that Cascade Hills loses 350-400 people through military transfer each month, when that should have said "each year."