Their plane backed from the gate, then stopped; 9/11 evokes memories for First Woodstock members 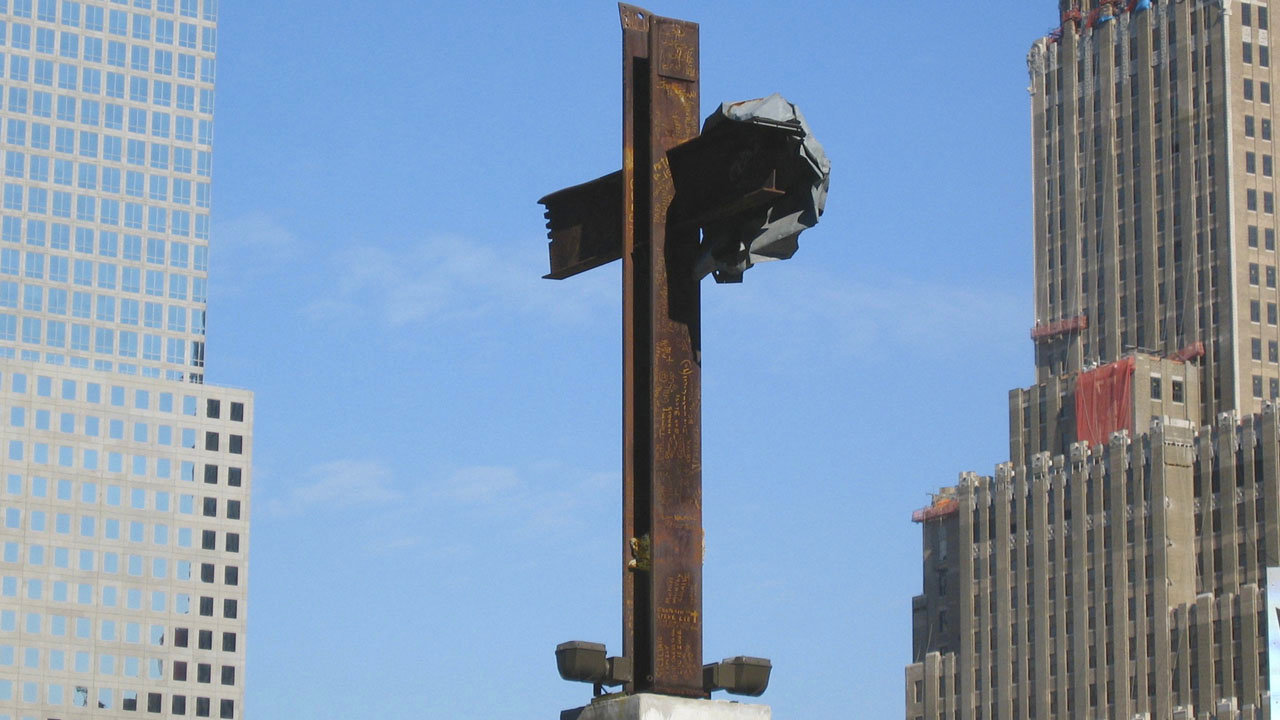 Do you recall where you were and what you were doing on Sept. 11, 2001? For three Georgia men, the memories of that day have strengthened their faith and continue to influence their lives, even today, 18 years later.

Three friends, Ty Wheeler, Ken Harriss, and Todd Trainer, all members of First Baptist Church in Woodstock at the time, shared a love for baseball and planned a trip to New York City to see the New York Yankees play the Boston Red Sox at the iconic Yankee Stadium on Sept. 10, 2001. They flew out of Atlanta early that morning on standby seats, arriving in New York City at 8:45 a.m. The three men enjoyed a day of sightseeing, all the while keeping an eye on the weather, which called for rain.

Arriving at Yankee Stadium, the men grabbed their hot dogs and peanuts and headed to their seats. Then the deluge of rain began. The announcement came over the stadium’s loudspeaker that the game was postponed. 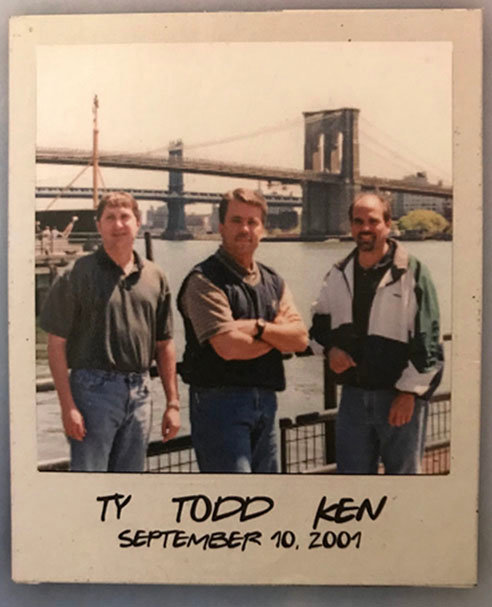 Left to right, Ty Wheeler, Todd Trainer, and Ken Harriss pause during a moment of sightseeing in New York City on Sept. 10, 2001. The friends were scheduled to fly back to Georgia the next day. All three were members of First Baptist Woodstock at the time. Today, Wheeler and Harris remain members there, while Trainer attends Woodstock City Church. TY WHEELER/Special

Disappointed, the three friends could still look forward to one more day of sightseeing, which included breakfast at the World Trade Center. Yet, flying on stand-by seats, the men soon realized that they would not have another day in the Big Apple. To get a seat on the airplane back to Atlanta, they would have to leave earlier than planned.

“Our trip had just gone from bad to worse. First the Yankees game gets rained out and now our day of sightseeing had just gone down the tubes. It almost felt like a wasted trip. … No breakfast at the World Trade Center for us,” the three men wrote in their book, “Dawn’s Early Light,” (Canton, Ga.: Yawn’s Publishing, 2017), which chronicled their 9/11 experience.

Change in plans, and a Bronx rescue

As their flight pushed back from the gate on the morning of Sept. 11, 2001, the plane suddenly stopped. The captain informed passengers that their flight would be returning to the gate because a plane had struck one of the towers at the World Trade Center. Passengers exited the plane so a security check could be conducted, but were told to stay nearby for re-boarding.

“The news would only get worse. Much worse,” the friends related in their book.

Before the days of readily-accessible smartphones, the men were receiving only sketchy information about what was happening in our nation. Soon, Trainer received a phone call from his father, who had been watching live updates of the day’s events on television.

He updated his son, saying soberly, “Son, we are at war.”

All flights were grounded, and a “calm” evacuation of the airport was ordered. As they waited outside for a cab, the men realized that cabs could leave the airport, but not return.

The line of people waiting was longer than the line of cabs. A “small” woman spoke to them and offered to share her cab because she thought it would be a “waste” for only one person to take a cab. As they were climbing into the taxi, they heard another loudspeaker announcement; their taxi was the last one available at LaGuardia.

Their “tiny hero,” Lauren Mishkin, directed the taxi driver, as someone who lived in the Bronx would end up coming to the rescue of three Georgia boys. The trio ended up at the home she shares with her husband in the Bronx. Because of the New York City bedlam, the “normally short ride” took a couple of hours.

Safely in Mishkin’s home, the men began to receive more news about the day’s tragic events. “We … began to realize the gravity of our situation and just how different this day could have been – and very nearly was – for us. We are keenly aware of God’s presence, protection, and provision at this moment,” they wrote. In Mishkin’s home, the men cried, prayed, and talked, taking time also to pray with Mishkin.

“In the back of our minds, we wondered why we don’t realize how much God’s hand is on our everyday lives until things like this happen,” they wrote.

Two days later, on Sept. 13, 2001, they were able to board a train to Richmond, Virginia. There, they were greeted by Trainer’s father, who drove them the rest of the way home to Woodstock.

For the three men, 9/11 “is a day that God showed Himself to be very real in our lives. Apart from the day each of us became a Christian, we’ve never once felt His presence like we did on that day. Many have asked where God was on that day and how He could have allowed something like that to happen. We are convinced that He was right where He is today – still on His throne,” they wrote.

“God showed up and showed Himself to be strong and faithful through the words, actions, and hearts of millions of people that day,” the men believe.

Still, they are keenly aware of the many people who “gave everything that day and never made it home. We are … reminded that their friends and family members still grieve openly, and with raw pain, when recounting that horrible day. Our hearts ache with them, and we ask God for healing in their lives.”

On that day for the three friends, 18 years ago, God “proved His presence … displayed His providence … granted protection … poured out His provision,” they said.

In May 2002, the men returned to New York City, attended a Yankees game and visited the site where the twin towers once stood. There, in the huge crater littered with debris, they wrote that they saw “the symbol of all that keeps and sustains us, even today. The one thing that makes life worth living and the symbolic reason we will have everlasting life. The twenty-foot piece of two intersecting steel beams. Two steel beams in the shape of a cross.”