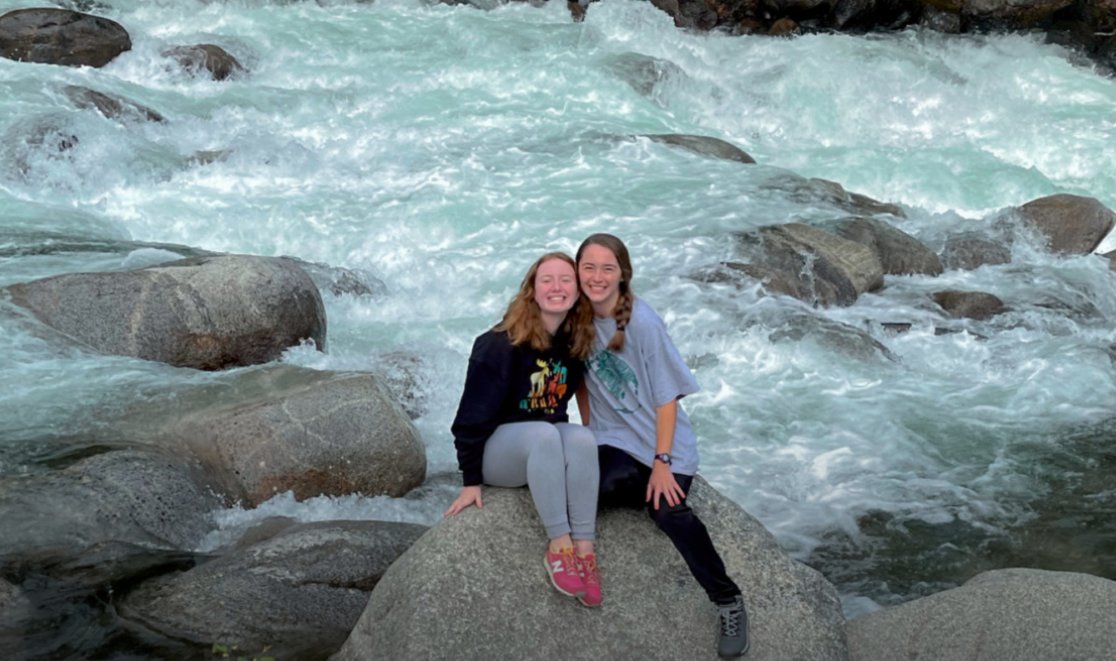 Makenzie Hoyt was hesitantly filling out an application for a local summer camp when her student email chimed. The subject line read: “Serve in Alaska this Summer!” The opportunity to work at Laverne Griffin Camp fulfilled both her dream of working at a camp and visiting Alaska.

“Right then, I knew that’s where I wanted to be this summer,” said Hoyt, a junior exercise major at Truett McConnell University.

The same day, Hoyt spotted Annie Noel, a junior business major, wearing a thrifted sweatshirt from Denali National Park in Alaska. Over the next several weeks, Hoyt convinced Noel to also apply to Laverne Griffin Camp. At first, Noel felt that spending her summer in Alaska “was out of reach,” but God provided donations through her local church.

Hoyt and Noel joined a close-knit summer team of four other college students to run the behind-the-scenes work of Laverne Griffin Camp. While their role was different than a traditional camp counselor’s, Noel said that they connected with campers while serving food, running the snack shack, and monitoring archery. Hoyt added that they learned from the very beginning that their work was purposeful because it enabled campers to hear the gospel and grow in Christ.

Laverne Griffin Camp dedicated the first week to host Native Youth Camp for children from Alaskan villages. Each night, this group taught the staff aspects of native culture from dances and desserts to games. Hoyt and Noel learned the art of leg wrestling and pole twists—along with the shocking fact that Alaska holds one of the highest rates of childhood neglection in the United States.

After a long night in the kitchen, Hoyt and Noel joined the Alaskan youth during their last night of worship. Noel said, “They stopped all the instruments, and you could hear all of the kids lifting their voices, swaying back and forth with their arms around each other. I had never seen anything like that. I can’t imagine what heaven will be like if that was just a little piece of it at a little camp in the state of Alaska.”

One week, Noel was pulled to be a counselor to a cabin of ten girls. She traded her normal routine of cooking and cleaning for Bible studies and camp chants. One camper stood out to Noel. A girl of eleven years old hungered to know Christ better and asked questions about how to share Him with her family. At the end of the week, this girl asked to be baptized, even though the lake at camp remained perpetually cold through the summer.

A Polar Opposite Climate

The weather in Alaska rarely exceeded 75 degrees Fahrenheit and Hoyt and Noel recall wearing sweatshirts and pants on cloudy or rainy days. They were shocked to watch campers swim in the lake when temperatures remained around 60 degrees. Campers searched for water and relief from the heat even in weather that was mild compared to Georgia’s humid summers.

Because Laverne Griffin Camp hosted groups Sunday through Thursday, Hoyt and Noel spent the weekends exploring Alaska’s scenic views. They visited Hatcher Pass, Eagle River, Beluga Point, and the hippie town of Talkeetna. The pair were also able to see Denali (Mount McKinley), the highest summit in the United States, which only 30% of tourists are able to sight due to cloudy weather.

Volunteering at Laverne Griffin Camp taught Hoyt and Noel to be still in each moment. Noel shared that she often lost track of her current task when she worried about the future. God taught her that “We can stay in the moment, because we can trust God with our future.”

Hoyt said, “In college, I struggle with having a busy schedule and feeling like I’m in all these different places temporarily. But even though I may not know where to call home, Christ is my home. I can find permanent rest in Him.”

Anyone who loves to explore, stretch their comfort zone, and wants a taste of camp ministry should consider applying to Laverne Griffin Camp next summer.

“If you’re willing to spend your summer whole-heartedly serving the Lord, putting all other worries aside,” Hoyt said, “then go for it.”