From the mission field: UN says at least $1 billion needed to avert famine in Somalia 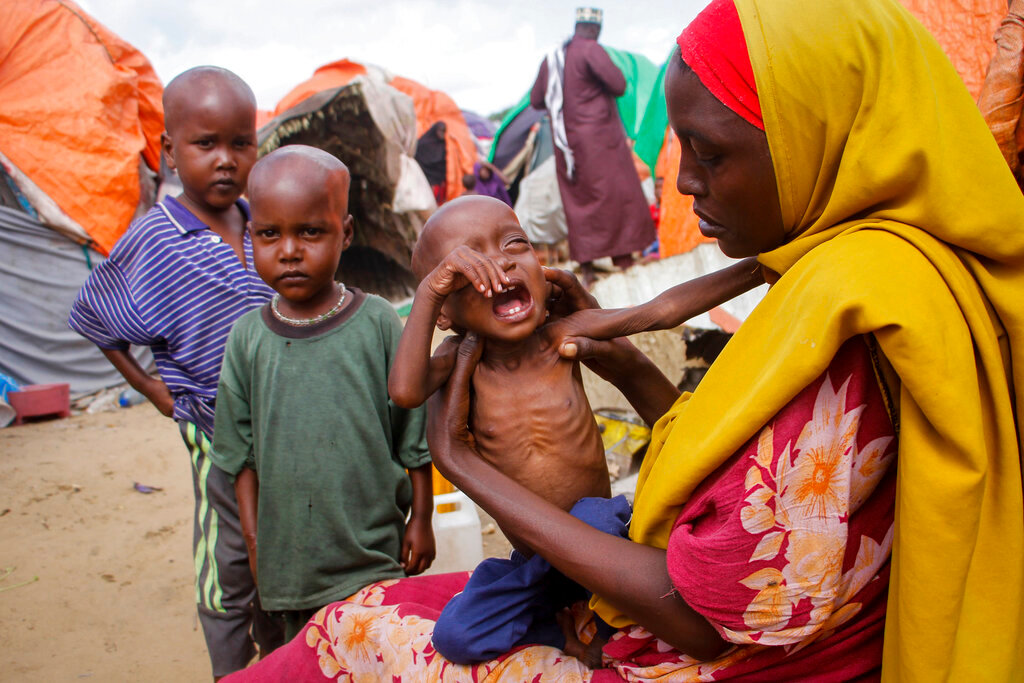 Maryan Madey, who fled the drought-stricken Lower Shabelle region, holds her malnourished daughter Deka Ali, 1, at a camp for the displaced on the outskirts of Mogadishu, Somalia. Saturday, Sept. 3, 2022. (AP Photo/Farah Abdi Warsameh) 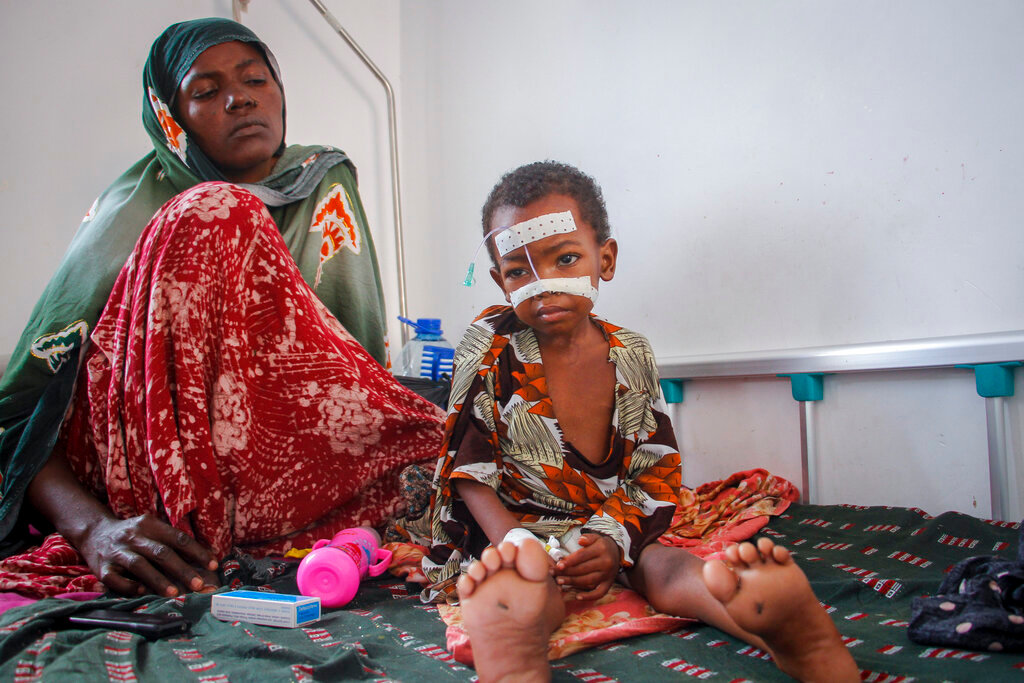 Malnourished Kalson Hussein, 4, sits next to her mother Isho Shukria, 35, at the Martini hospital where she is being treated in Mogadishu, Somalia, Saturday, Sept. 3, 2022. (AP Photo/Farah Abdi Warsameh) 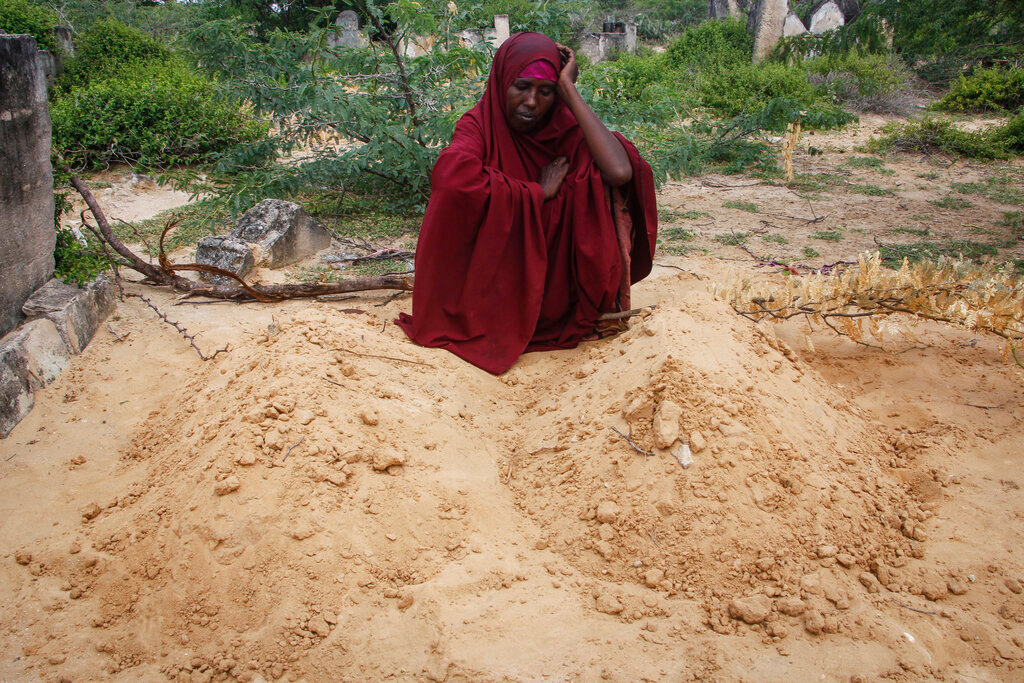 Fatuma Abdi Aliyow sits by the graves of her two sons who died of malnutrition-related diseases last week, at a camp for the displaced on the outskirts of Mogadishu, Somalia, Saturday, Sept. 3, 2022. (AP Photo/Farah Abdi Warsameh)
Previous Next
Posted Wednesday, September 7, 2022 10:32 am
By EDITH M. LEDERER, Associated Press

UNITED NATIONS (AP) — The U.N. humanitarian chief predicted Tuesday that at least $1 billion will be needed urgently to avert famine in Somalia in the coming months and early next year when two more dry seasons are expected to compound the historic drought that has hit the Horn of Africa nation.

Martin Griffiths said in a video briefing from Somalia’s capital Mogadishu that a new report from an authoritative panel of independent experts says there will be a famine in Somalia between October and December “if we don’t manage to stave it off and avoid it as had been the case in 2016 and 2017.”

The undersecretary-general for humanitarian affairs told U.N. correspondents that more than $1 billion in new funds is needed in addition to the U.N. appeal of about $1.4 billion. That appeal has been “very well-funded,” he said, thanks to the U.S. Agency for International Development, which announced a $476 million donation of humanitarian and development aid in July.

The Famine Early Warning Systems Network, created by USAID, said in a report Monday that famine is projected to emerge later this year in three areas in Somalia’s southeastern Bay region, including Baidoa without urgent humanitarian aid.

Up to 7.1 million people across Somalia need urgent assistance to treat and prevent acute malnutrition and reduce the number of ongoing hunger-related deaths, according to a recent analysis by the Integrated Food Security Phase Classification or IPC, used by the network to describe the severity of food insecurity.

The Horn of Africa region has seen four straight failed rainy seasons for the first time in over half a century, endangering an estimated 20 million people in one of the world’s most impoverished and turbulent regions.

“This has never happened before in Somalia,” he said. “This is unprecedented.”

“We’ve been banging the drum and rattling the trees trying to get support internationally in terms of attention, prospects, and the possibilities and the horror of famine coming to the Horn of Africa -- here in Somalia maybe first, but Ethiopia and Kenya, probably they’re not far behind,” Griffiths said.

He said the U.N. World Food Program has recently been providing aid for up to 5.3 million Somalis, which is “a lot, but it’s going to get worse if famine comes.” He said 98% of the aid is given through cash distributions via telephones.

But many thousands are not getting help and hungry families in Somalia have been staggering for days or weeks through parched terrain in search of assistance.

Griffiths said a big challenge is to get aid to people before they move from their homes, to help avoid massive displacement.

Many Somalis raise livestock, which is key to their survival, but he said three million animals have died or been slaughtered because of the lack of rain.

“Continued drought, continued failure of rainy seasons, means that a generation’s way of life is under threat,” Griffiths said.

He said the international community needs to help Somalis find an alternative way of life and making a living, which will require development funding.

Griffiths, a British diplomat, said the war in Ukraine has had an impact on humanitarian aid, with U.N. humanitarian appeals around the world receiving about 30% of the money needed on average.

“To those countries, which are traditionally very generous, my own included, and many others," he said. “Please don’t forget Somalia. You didn’t in the past. You contributed wonderfully in the past. Please do so now."