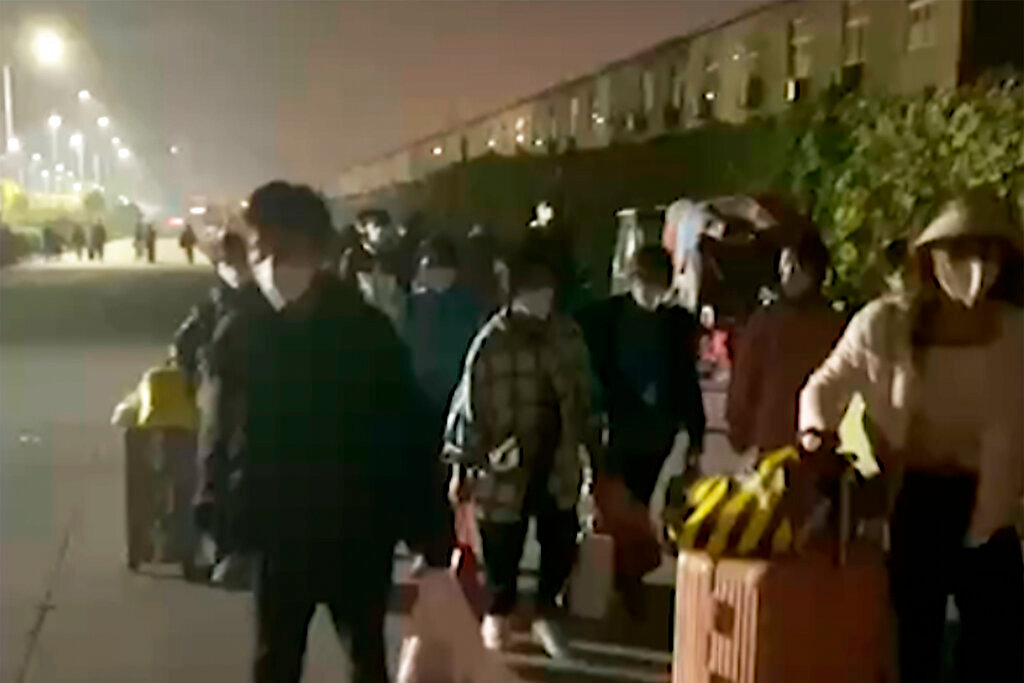 People with suitcases and bags are seen leaving from a Foxconn compound in Zhengzhou in central China's Henan Province on Saturday, Oct. 29, 2022. (Hangpai Xingyang via AP) 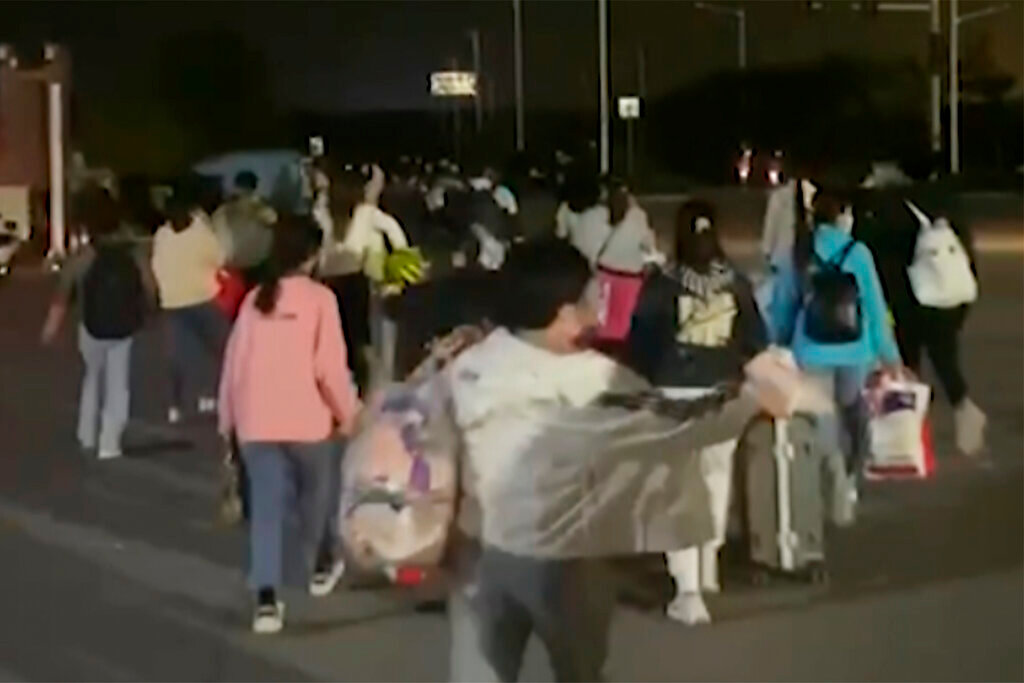 People with suitcases and bags are seen leaving from a Foxconn compound in Zhengzhou in central China's Henan Province on Saturday, Oct. 29, 2022. (Hangpai Xingyang via AP)
Previous Next
Posted Monday, October 31, 2022 9:55 am
By ZEN SOO, Associated Press

HONG KONG (AP) — Workers in a manufacturing facility in the central Chinese city of Zhengzhou appear to have left to avoid COVID-19 curbs, with many traveling on foot for days after an unknown number of employees were quarantined in the facility after a virus outbreak.

Videos circulating on Chinese social media platforms showed people who are allegedly Foxconn workers climbing over fences and carrying their belongings down the road.

The Foxconn plant in Zhengzhou, Henan province, is one of the largest factories in China that assembles products for Apple Inc., including its latest iPhone 14 devices.

Foxconn did not immediately respond to a request for comment.

Volunteers from nearby villages put out food and drinks for the Foxconn workers. One such volunteer, who asked to be identified only by his surname Zhang out of privacy concerns, was put in charge of distributing supplies that his village in Xingyang county had prepared. He said that the people shown in a video he uploaded to the short-video platform Douyin were Foxconn workers because they would have to take that road if they were leaving the facility.

The workers’ exodus comes after reports that Foxconn had placed a number of workers under quarantine following a COVID-19 outbreak in the factory.

The Foxconn facility in Zhengzhou can accommodate up to 350,000 factory workers, but it is not clear how many are currently employed by the factory. It is also unclear how many of them have left, or how many were affected by COVID-19 curbs implemented in the factory prior to their departure.

Earlier this week, media reports said that a “closed-loop” system had been implemented in the factory that largely restricts workers to movements between their residence and the plant.

Local media reports said that Foxconn workers complained of poor food quality and a lack of medical care for those who tested positive amid growing concerns that the infection could be spreading. The company also denied rumors that 20,000 people in the plant had been infected with COVID-19.

Cities near Zhengzhou have since urged Foxconn workers to report to local authorities if they have plans to return to their hometowns so they can undergo appropriate isolation measures.

According to posts on the Zhengzhou government’s public WeChat account, Foxconn issued notices Sunday to workers at its factory, pledging to ensure the safety, legitimate rights and income for those willing to stay.

A day after videos circulated of workers leaving the factory, Foxconn and several local governments have also arranged transportation for employees who choose to return home. It is not clear how much agency the workers had in deciding to leave the factory.

The departure of Foxconn workers from the Zhengzhou plant highlights the growing discontent in China’s “zero-COVID” strategy, where governments attempt to stamp out outbreaks by implementing strict isolation and lockdown measures where infections are detected. 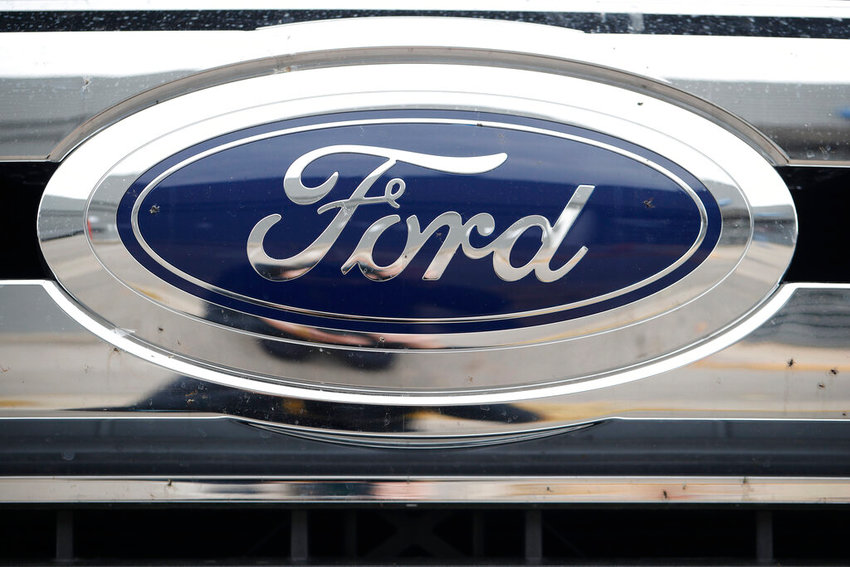