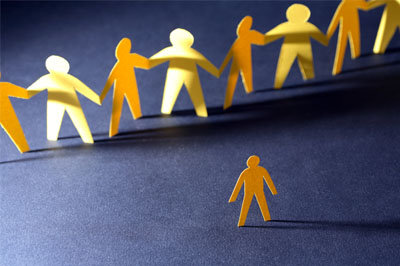 DALLAS (BP) — A Southern Baptist church employee in Texas and a Maryland Christian school have been dropped from public programs, accused of discrimination for promoting Bible-based views of marriage and gender.

In the most recent case David Roark, communications and resources director of the Plano, Texas campus of The Village Church, was dropped as a speaker at a communications conference in Dallas. Roark was dropped from the lineup of the Circles Conference in September because his employer, The Village Church, teaches Bible-based views regarding gender. 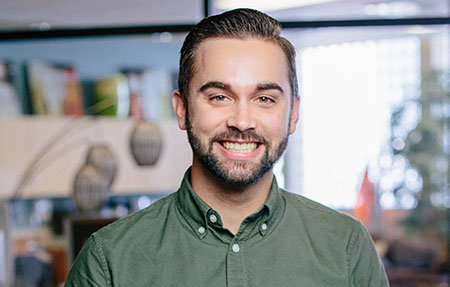 Communications director David Roark was dropped as a speaker from a creative professionals conference because his employer, The Village Church, teaches Bible-based views regarding gender. VILLAGE CHURCH/Special

Conference organizers dropped Roark after the Dallas-Fort Worth chapter of the American Institute of Graphic Arts (AIGA) refused to participate in the conference because "the 2019 conference speaker roster includes the communications director of an organization that does not meet our standards of inclusion because of openly discriminatory policies and practices towards women and the LGBTQ+ community."

In Savage, Maryland, Bethel Christian Academy filed a federal lawsuit after being denied participation in the school lunch voucher program for low-income students. State officials dropped the Assemblies of God grade school expressly because the school teaches marriage is between a man and a woman, and that God created the two distinct genders of male and female.

The state told voucher participants that they must enroll in another school to continue receiving the vouchers, and ordered the school to refund the state $100,000 from vouchers received the past two years, said Alliance Defending Freedom (ADF), the school's attorney. The school participated in the Broadening Options and Opportunities for Students Today (BOOST) Program, which provides free or reduced-price lunches for eligible low-income students.

Regarding the Circles Conference, founder Ismael Burciaga announced the change in speakers on the event website.

"After serious consideration, we have made a speaker change," Burciaga wrote. "We respect the concerns of the design community and aim to create a safe space for everyone who attends Circles Conference, regardless of their individual world views or beliefs."

Burciaga did not mention Roark by name, but Roark identified himself in tweets.

"Yesterday, I was removed as a speaker at Circles Conference," Roark tweeted July 3. "I have no hard feelings toward AIGA or Circles, only love. I understand this was a complex situation, and the last thing that I would want to do is cause a problem or be a distraction."

"I have no hard feelings toward AIGA or Circles, only love."

Roark tweeted he understands but doesn’t agree with the conference's decision.

"I believe that to end division and pursue unity in our world, we must be willing to listen well, enter into dialogue, and understand that we can show love, honor, and dignity to one another while still disagreeing," Roark tweeted. "I don’t think that happened here, but I have hope that it can happen. I want the creative community to be a place where individuals of all backgrounds, beliefs, and lifestyles can learn from one another, regardless of differences, not a place where we shut each other out."

The Dallas-Fort Worth AIGA chapter accused the church of discrimination.

"We feel it would be hypocritical of us to be involved in the conference and tacitly endorse the policies of any non-inclusive organization," the chapter said at dallasftworth.aiga.org. "This would be a misallocation of our membership resources and a disservice to all members of our community against whom the organization discriminates."

Bethel Christian Academy maintains it has a diverse enrollment of nearly 300 preschool through eighth-grade students, and fully complies with BOOST program stipulations.

In addition to BOOST, the state said, Bethel academy is no longer eligible to participate in the Nonpublic Schools Textbook and Technology Program and the Nonpublic Aging Schools Program, which require nondiscrimination in student admissions.

“Bethel Christian Academy has not – and will not – turn down a student based on their sexual orientation,” ADF legal counsel Christiana Holcomb said in a press release. “Bethel simply asks grade-school students to refrain from engaging in any sexual conduct. The state has refused to play by its own rules.

“Bethel Christian Academy has not – and will not – turn down a student based on their sexual orientation.”

"While Bethel fully complied with the program’s requirements, Maryland let its hostility toward Bethel’s religious views, not the law, decide the school’s eligibility," Holcomb said. "Maryland’s families deserve better; that’s why we’re asking the court to address the state’s hostility.”

ADF accuses state superintendent of education Karen Salmon and the BOOST advisory board of discriminating against Bethel based on religion, and in violation of the state's own regulations which allow for religious exceptions.

"House Bill 100 establishes new, expanded nondiscrimination requirements for" BOOST, ADF said in its lawsuit. "However, the Program requirements go on to say, 'Nothing herein shall require any school or institution to adopt any rule, regulation, or policy that conflicts with its religious or moral teachings.'"

In denying the academy participation in the BOOST voucher program, ADF quoted the defendants as saying, "Bethel Christian Academy supports the biblical view of marriage defined as a covenant between one man and one woman and that God immutably bestows gender upon each person at birth as male or female to reflect [H]is image. … Faculty, staff, and students are required to identify with, dress in accordance with, and use the facilities associated with their biological gender. And, you know, without going too far in terms of scenarios, you know, a person who identifies as a different orientation from their birth, that language affords them the opportunity to discriminate."

ADF filed Bethel Ministries, Inc. v. Salmon et al June 24 in the U.S. District Court for the Northern Division of Maryland. Salmon and other defendants were served with a court summons July 11, according to court documents, but have not yet filed any motions in the case.