Johnson and Johnson: a life of learning, leading in collegiate ministry 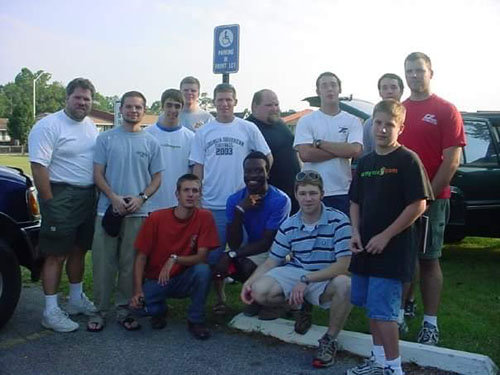 Eleven-year-old Daniel Johnson, front in black shirt, stands with a group of students on their way to a canoeing trip on the Flint River. DANIEL JOHNSON/Facebook

Daniel Johnson always thought his dad had the coolest job in the world.

And why shouldn't he? Jerry Johnson hung out with college students all day. He became a part of their lives few people experience. From the Georgia Southern University Baptist Collegiate Ministries, Daniel's dad traveled with them on mission trips and to leadership retreats. He discipled these students one-on-one, because when it came to college ministry that's where the growth occured.

For young Daniel those students became not only godly examples to emulate, but babysitters, mentors, buddies. As an only child, they became his older brothers and sisters figuratively and spiritually.

"My dad has done a ton of weddings of former students. A lot of them are family to us. I grew up with them loving on me," says Daniel.

It was only natural for the younger Johnson to enter into collegiate ministry as well, seeing as he practically had a 26-year apprenticeship at it. Now he's instilling those lessons learned from his father and others as the new associate director for the Baptist Student Union at the University of Mississippi.

"I felt God calling me to the ministry when I was around 14," says Daniel. "Then, that call became of one to collegiate ministry a few years later." 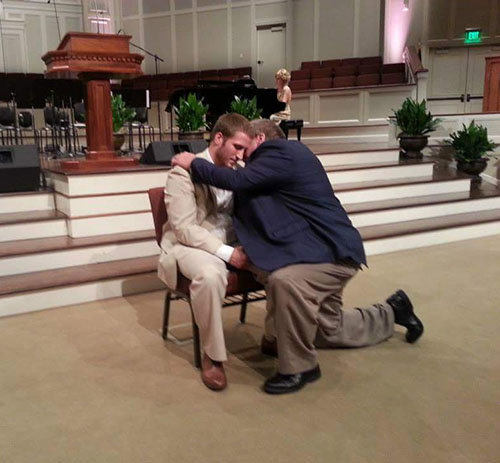 Around that time, Jerry began to let his son peek behind the curtain a bit more. Collegiate ministry was all the fun it seemed, sure, but there were other aspects. Students would ask about faith. They'd probe on where culture and the Gospel met, where it seemed to struggle and coexist.

"He'd show me a typical email he'd receive and ask how I'd respond," Daniel remembers. "We'd talk about the Cooperative Program, how BCMs are funded, and the impact of collegiate ministry."

Growing up, Daniel had been considering collegiate ministry and pondering many questions related to it. His dad communicated the answers in more ways than one.

"We've always had an open dialogue about anything," says Daniel. "College ministry? We talked about it my whole life – how it impacts students and why he does what he does.

"I didn't have a whole lot of questions for him at once. I'd been watching him and he'd shown a lot of answers along the way."

Daniel's first babysitters? A BCM president and council member who later got married (Jerry performed the ceremony.). Every fall, he'd tag along with Jerry to the annual BCM conference. For a number of years, Thanksgiving meant joining international students and other campus ministers' families at the Georgia Baptist Conference Center in Norman Park.

"Those times were formative," Jerry Johnson says of his son. "Daniel got to be around other campus ministers and their kids as well as students from around the world. It was life-changing."

Those 18-to-22-year-old men became giants to Daniel. He watched them wrestle with what it meant to be a man who honors God. He also bonded with them doing guy stuff, like when he was 11 years old and Jerry led a men's retreat/rafting trip down the Flint River.

They slept in a cabin. They canoed and ate on the riverbank They jumped off rocks into the river, because when young men see rocks beside a river it's unconscionable to not even consider jumping from them.

"It was such a great time being with those guys," Daniel says.

Adds Jerry, "As a young man, he watched godly Christian men talking about living out the Christian life. It made him say, 'That's the life I want.'"

Allowed to lead amid mistakes

Though much credit goes to Jerry in his son's discipleship, he's by no means the only source. Daniel was active in GSU's BCM as a high school junior and senior before moving to Athens to attend UGA. Of course, he became deeply involved in the BCM where campus ministers Franklin Scott and Nathan Byrd became his newest set of mentors.

"They discipled me and helped me become a leader," says Daniel. "One of the great things about any BCM is it allows you to be a leader in a safe spot. You're still a volunteer and it's a good time to learn leadership because if you fail it's not the end of the world. You learn how to do better.

"Franklin and Nate did a great job of equipping and leading us. They teach how to have those intentional conversations and love on people in your life."

At UGA, Daniel earned a degree in Psychology, with a minor in Religion. While attaining his Master of Divinity in Collegiate Ministry at New Orleans Baptist Theological Seminary (he graduated in May), he served as a campus ministry intern at Tennessee Tech University in Cookeville, TN as well as at Delgado Community College in New Orleans. In addition, Daniel served as college ministry intern at Green Acres Baptist Church in Athens his junior and senior years at UGA.

The answer in a new era 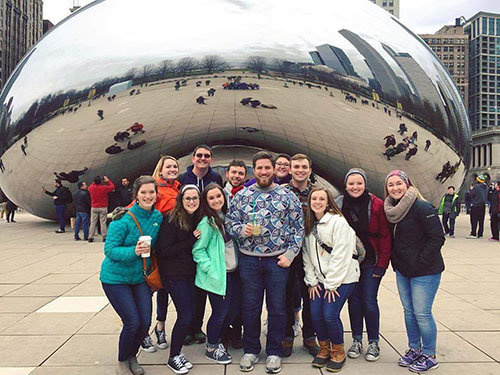 Daniel Johnson, center, stands with students from Tennessee Tech University during a break while on a mission trip to Chicago. DANIEL JOHNSON/Facebook

Jerry Johnson has no concerns about his son's gifts as a campus minister. On top of that, Daniel's working with Ole Miss BSU director Mo Baker, a college ministry veteran who's been in Oxford for 15 years.

What does concern Jerry is the current era and challenges his son and other campus ministry directors face. "There used to be an 'era of truth,'" Jerry recollects. "You were able to logically and systematically explain how Christ's view made sense in the world. That's not the case today.

"Whether something makes sense or is truthful in any classical sense doesn't matter as much to students today. Truth is moveable to them. It terms of things you can't measure such as love, faith, and God. Truth comes out to 'what works for me.' There's no moral compass."

His students have to constantly withstand barrages against their faith by professors, he adds. "These students hear it daily in their classes and are left thinking the intellectual position is to reject truth. They're taught all truth is equal truth," he says.

Despite those issues, Jerry's years of experience point to a principle that remains timeless.

"The only hope isn't bigger, better, more," he states. "It's one-on-one disciple-making."