SendMeNow missionaries get a renewed perspective for the Gospel 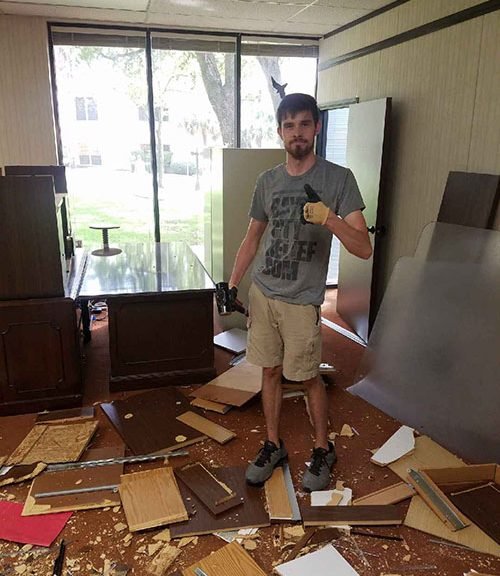 The Word of the Lord does not return void, and neither do the efforts of His people out on the mission field.

These three SendMeNow students are living proof of this truth, having returned from their various mission fields with some incredible stories of how the Lord has worked through them.

Davey Arrowood, who attends the University of North Georgia, was a Disaster Relief intern in the Houston area.

“They were trying to focus on one of the hardest-hit areas in Houston, that was also one of the poorest and was still trying to recover from Harvey,” Arrowood said.

Arrowood focused on helping the short-term teams who were coming in to serve, but he would occasionally get to come face-to-face with locals in need of help.

He helped a short-term team give this one woman a new home appliance.

“The first time I met her … she was jumping for joy when we pulled up in the yard. My first thought was, ‘Why is this woman jumping up and down?’ Just because it was something little for me, it was something huge for her,” Arrowood remembered.

In his last week in Houston, Arrowood worked with a different team that went into this same woman’s home. While they were there, on Arrowood’s last day, he found out that this woman’s life had been changed by more than just an appliance.

“She gave her life to Christ,” Arrowood said.

Morgan Allen, who graduated from the University of North Georgia last spring, spent her summer ministering to Muslims in Africa, sharing the Gospel and livestock with everyone she came across while working with some American missionaries who now live in Africa full-time.

“We would go on hut visits and give them seed,” Allen explained. “We shared with them stories, and … the missionaries have 24 families they give goats to. They have goat clinics and we would give them shots and help them with that.

“Us being there freed up the missionaries to talk to people and someone came to Christ while we were there,” Allen added.

Anna Bennett, now a graduate of the University of Georgia, had an experience similar to Allen’s this past summer, though in a different part of the world. Both were focused on ministering to Muslims in heavily Muslim populations, which brings with a host of challenges.

Bennett’s team had spent several weeks before the trip talking over e-mail and sending video chat messages back and forth, building up a rapport before reaching the mission field. Even that prefabricated relationship could not fully prepare them for the challenges of their particular field.

“Once we met at the airport in Atlanta, it got real, obviously,” Bennett explained. “Once we landed we were a little bit jet-lagged, but had to hit the ground running.”

After a day of training, Bennett and the rest of her team were off to interact with their mission field.

She is quick to admit that the experience in southern Europe tested her to and beyond her limits, but Bennett also believes that those tests were a blessing.

“I realized pretty quickly that I would not be strong enough to do it on my own. God is big, and when He calls you to do something He will equip you to do it,” Bennett emphasized. 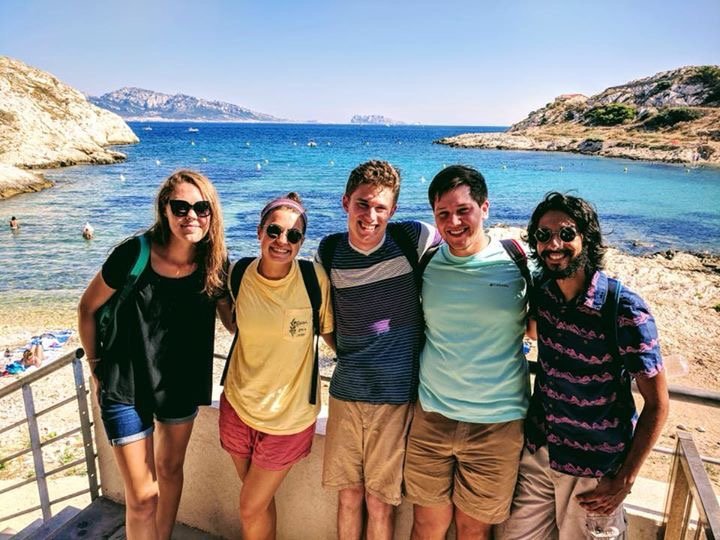 In her own words, Bennett and her team were responsible for handing people the Gospel.

“A lot of it wasn’t as evangelistic,” Bennett explained, referencing previous ministries she had participated in that were freer to operate. “It was much more strategic. We had great success and were able to share a lot.”

At the end of her time in southern Europe, Bennett was fully aware that God had shown up and used them in a powerful way in that region.

“He did a great work,” Bennett added.

Working with others, God working on his heart

Most SendMeNow students are working with a team of fellow collegians, but Arrowood was in a unique situation in Houston. He had a partner, but that partner was at a different church on the other side of the city. 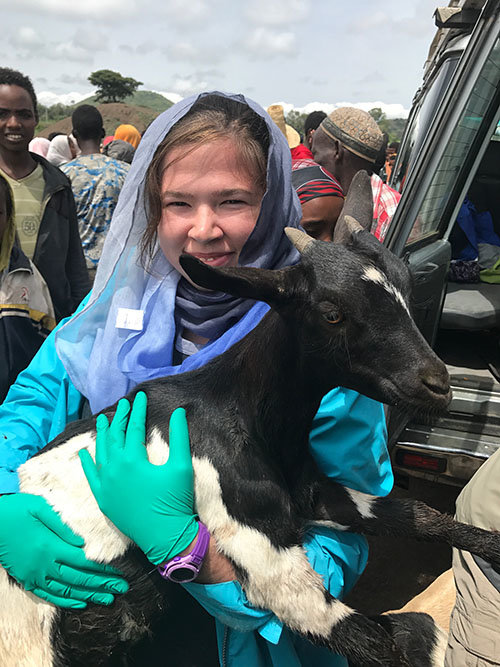 Morgan Allen helped provide Muslim families in Africa with goats as part of her SendMeNow project. Allen graduated from the University of North Georgia in the spring. MORGAN ALLEN/Special

“Essentially, I was there alone,” Arrowood said. “Being alone … I had a lot of downtime to sit and think and the Lord began working in my heart. At the beginning of the trip, it was ‘Oh me, oh my.’”

Over time, though, God showed Arrowood why he was alone.

“He wanted to reveal to me where my relationship with Him was. Towards the end, I appreciated the time I had alone because it meant I was alone with God. That prepared me for the next day to be the hands and feet of Jesus and to see people who needed me,” Arrowood realized.

And Arrowood was certainly exposed to a new level of need.

“I’ve always had the idea that living in the U.S., everyone has a nice home. That’s definitely not the case there. They still need help,” Arrowood pointed out.

Whether in Texas or on the other side of the world, these students came away from their experiences with a changed perception on the world and their place in it.

“People there … it’s like walking back into Old Testament times,” Allen noted, referring to how the people were living in this Muslim region. “We heard the call to prayer while we were there … and the people who want to come to faith, one person told us that if they believed in the one true God, who would come to their funerals? Who would help them with their farms? It gave us a look at real persecution.

“They could lose everything,” Allen expounded.

Despite serving in what could be described as a tense environment, Bennett says that the fears she and her team members experienced were nothing out of the ordinary for anyone who hopes to share the Gospel.

“It was fear of rejection and not being accepted or ‘I don’t know what to say.’ It was those fears, but amplified. I was afraid of not sharing well,” Bennett admitted.

Through praying scripture and claiming God’s promises from scripture, they were able to break through those fears and see people come to know Christ.

Arrowood will certainly apply for SendMeNow again this year, as he is the leader of the missions mobilization team on his campus, but the 2018 season was the final go-round for Allen and Bennett.

Now graduates of the University of North Georgia and University of Georgia respectively, these two young women are going into the world with the full complement of their missions experiences to inform their future plans. 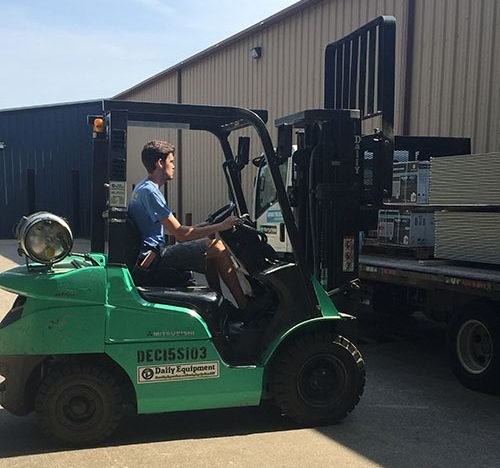 “Everywhere I went, I was out there talking about Christ,” Allen mentioned, referring to her three different SendMeNow experiences. “They were all different places, but I was doing the same thing in all of them. Missions are everywhere.”

Allen is in the process of applying to physical therapy school and will find out in January where her next step will take her.

“Learning that God is big and you are not … and how to share the Gospel while going about your day, I can share Jesus in everything I do,” Bennett said. “In Acts, the Disciples shared the Gospel as they went. Now that I’m a young professional, it’s easy to get caught up in going to work and coming home.”

Whether it was their last year or their first of many, the students who sacrifice their summer for SendMeNow missions receive far more than they give up.

“When I was a freshman, I had no idea what SendMeNow was,” Arrowood admitted. “Now I get the opportunity to lead the way in talking about SendMeNow for other people and letting them know what it is.

This story is the final in a series that followed Morgan Allen, Davey Arrowood, and Anna Bennett through the SendMeNow process, culminating in their return from mission service across the world at the end of the summer.