FAYETTEVILLE — In the gospels, Jesus spoke of the danger in putting old wine into new wineskins. One mistake people assume is this is a warning against the old wineskins themselves. Not so. For their purpose, those skins had worked well. 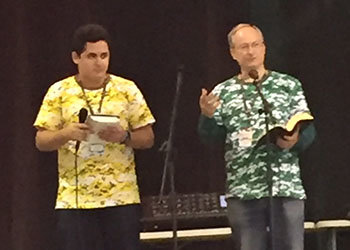 But the introduction of new wine caused a conflict, a tear, in the old skins. Trying to mix the two didn't work.

The same error can be made by churches today, in principle. Past ministry methods are still attempted, but don't bring the same result. The methods themselves aren't bad, per se. But to gain ground, new methods need to be ventured. Steps need to be taken.

McDonough Road Baptist Church has 70 years of experience among its staff. Consider them the old wineskins. However, this where they – and by extension, the church – differ from the items mentioned in Scripture. Seeing a decline over the years, McDonough Road has sought to renew its footprint.

It's taking new steps in reaching the community with the Gospel, a community that looks much different than when the church began in 1921. 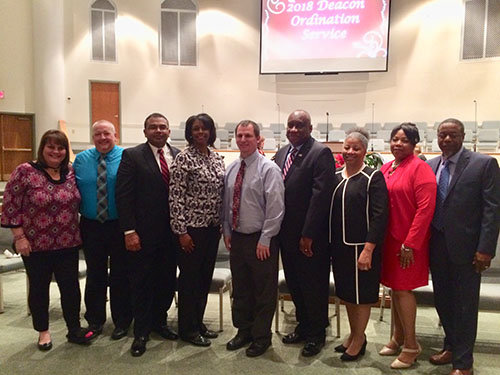 The opportunity presented through change

A community changing is nothing new for churches. Neighborhoods that were overwhelmingly white for a long time become more diverse as African American, Hispanic, Asian, and a number of other ethnic populations arrive for one reason or another. That fact of of life holds especially true for the metro Atlanta area.

It's a setup that makes Pastor David Chancey smile. In his position for 18 years, he's leading a change for McDonough Road.

"We're being very intentional on ministering where God has placed us," he comments. "Our focus is to be on mission and connect in as many ways as we can to have openings to share the gospel. 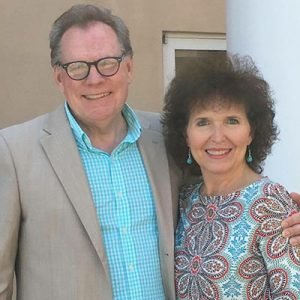 "Even though the area has changed from where our history has been, we're embracing the change. We're trying to advance the kingdom of God and love the people God has entrusted to us."

The call for MRBC, he asserts, has never changed, not since the start.

"God has entrusted this to us. We don't want to neglect or overlook this mission field," Chancey stresses.

"By the grace of God we've been blessed with a lot of different folks from different backgrounds coming into the church."

Chancey guesses about a quarter of the church's Sunday morning worship crowd is non-Anglo. Some weeks it's higher. Recently, three of MRBC's five newly-ordained deacons were African American. That wasn't a first, either. In addition to deacon, African Americans have held other positions of leadership such as Sunday School teacher, committee member, and chairperson of the Finance team.

Chancey points to several areas of strength in the church. And, he can't express enough the leadership given through his staff.

Mark Karki recently celebrated 15 years at the church. And while his gifts are evident every Sunday as minister of worship, his role in the church's Upward Sports ministry is just as vital. 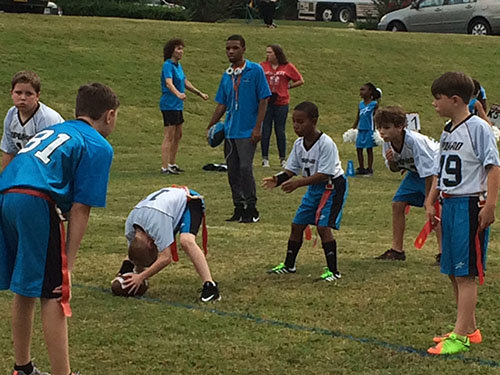 Football is the most popular of the Upwards Sports options at McDonough Road Baptist Church. That, plus cheerleading, puts around 100 local children involved in the church's sports ministry every fall. Basketball and soccer make up the other outlets the rest of the school year. MRBC/Special

"We have kids involved in football, cheerleading, basketball, and soccer," Chancey lists. "Every year kids come to Christ. We do our best to connect with the families, many of whom don't go to church."

The biggest season, he says, is football and cheerleading. More than 100 kids involved bring out parents, grandparents, aunts, uncles, and more on Saturday mornings. It's a legitimate tailgate atmosphere, adds Chancey.

Associate Pastor of Education David Smith holds 33 years of ministry at the church. As such, his role in developing education programs and missions education has filtered throughout the congregation. This has led to strong ministries among singles as well as women, Chancey testifies. A group of 22 singles recently went on a retreat to Camp Kaleo, with plans for a mission trip to the Dominican Republic.

Connecting through schools and service

Mike Gable began as the church's student minister in 2014 and has since been re-positioned as minister of family life. "He basically stays with students from diapers to diplomas," explains Chancey. "One of the things we're building under his leadership is stronger relationships with local schools."

This school year, McDonough Road prepared pre-game meals for the football teams at Whitewater, Fayette County, and Lovejoy high schools. Similarly, since before Christmas the church has fed the Lovejoy girls basketball team. In that theme, they also fed the faculties of Kemp Primary School and Kemp Elementary School during Christmas. Later this spring, the church will provide Kemp Elementary with six bicycles for prizes in student achievement. 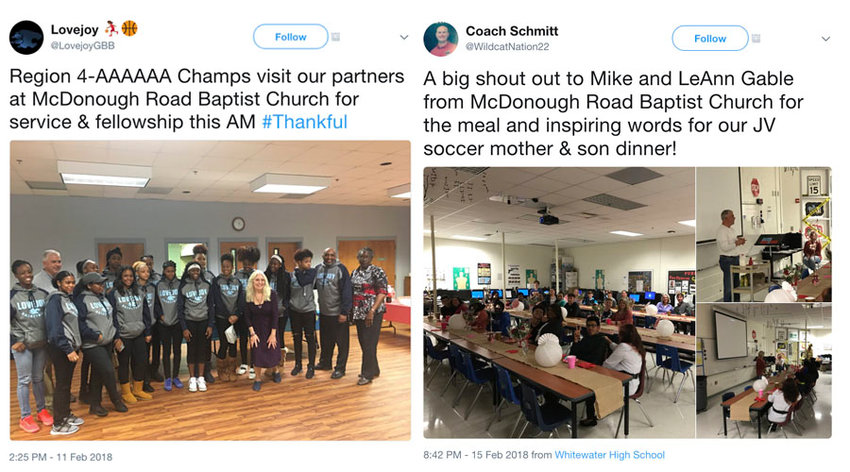 A pair of Tweets show the thanks of support McDonough Road is giving to local schools and sports teams.

"Within five miles of our church there are eight schools," Chancey says. "We want them to know we're here for them."

Half of McDonough Road's membership is over 50 years old. For some that may seem like a time to slow down. For many churches, unfortunately, that becomes the case. The area around them may not be growing like it once was. Perhaps the people look different.

So, a collective decision must be made. And with a few tweaks in perspective and reminders about God's mission for the Church, it can become a rebirth for a church.