There are no small student ministries 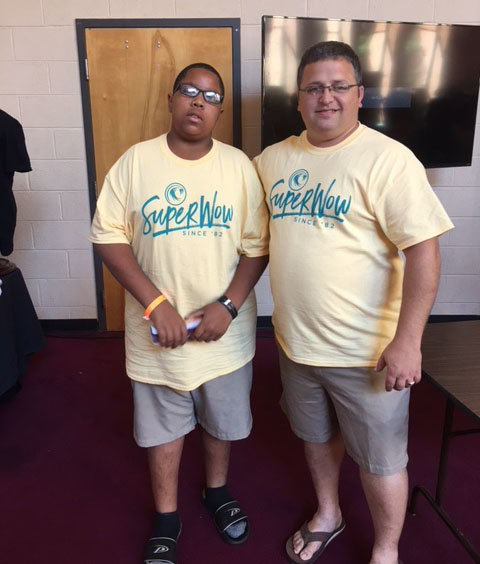 Jaquavious Robbins, left, has become a leader in the student ministry at First Baptist Church in Greensboro, says Randall LaRoche, minister of families and outreach. First Baptist has joined other churches across the state using methods in #ReachingNextGen, a student-and-children ministry emphasis of the Georgia Baptist Mission Board. RANDALL LAROCHE/Special

GREENSBORO — When Randall LaRoche joined the staff at First Baptist Church here in November 2016, he was well aware of the challenge he faced.

First Baptist represented many churches struggling to reach youth. It's location appears idyllic, nestled beside a picturesque, tree-lined Main Street near the heart of town. In recent years, though, the congregation struggled with establishing a consistent student ministry. On the day LaRoche arrived with his wife, Heidi, and four kids the number of youth active in the church came to zero.

LaRoche's title, minister of families and outreach, reflects the church's emphasis on evangelism. He maintains it was a more recent step, though, that shows just how serious First Greensboro is on connecting with its community.

"I spent the first several months getting to know the people of the church," he says. "Then, I went to an association meeting on Reaching Next Gen and spoke with Steve Parr."

#ReachingNextGen is an emphasis by the Georgia Baptist Mission Board encouraging churches to develop a comprehensive strategy for evangelism and discipleship of the next generation.

The first introduction video to ReachingNextGen struck LaRoche, as it did church leaders when he shared it with them. In it, Parr talks about a church that thrived at one point. But, the congregation didn't take the necessary steps to continue reaching children and youth. Today, that church building lies vacant.

Where you start, where you go

"Our deacons were heartbroken when they watched the video of the church that had shut down," LaRoche recalls. "I've always been a believer that you start with prayer. It starts with the Lord.

"We knew changes needed to be made."

So each week, a different group of young people came on stage. Then, the church prayed over them.

"We started with babies in the nursery and worked our way up to college and young adults," LaRoche explains. "We not only prayed over them, but challenged them to about sharing their faith and reaching their peers."

LaRoche felt a call to ministry as a member of the baseball team at Brewton-Parker College 19 years ago. As a 36-year-old, he's observed student ministry closely for more than half his life. As a result, he's seen just how much has changed.

"There was a time that if you offered some kind of event for students, you'd draw in at least a few and begin to build a group. But, today there are so many activities and distractions for them. It's hard to get kids to even give your youth group a try."

But despite those changes, some things still haven't, he asserts.

"Students still need Jesus. They still want you to listen to them."

Who wants to work

"When I came on board we had no youth and I was working every opportunity to get students to come," says LaRoche.

For all the challenges noted earlier in getting students inside the church doors, however, LaRoche notes a positive.

"Now, it's easier to tell who's willing to grow in the Lord. The ones we may see showing up for the party or fun stuff, they can get that anywhere. They have a lot of things and activities competing for their attention. As it is, we can see who wants to put in the work to grow in their faith." 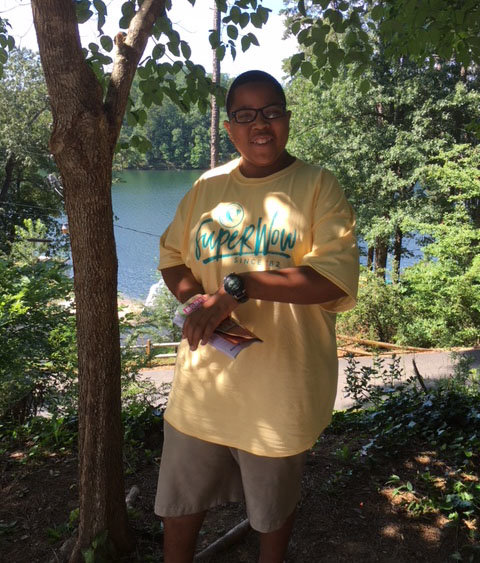 Jaquavious prayed to accept Christ as Savior weeks before attending SuperWow camp last summer, and has since invited another friend to church who became a Christian. RANDALL LAROCHE/Special

The only connection Jaquavious Robbins, an eighth grader, had with First Baptist was his aunt, who worked at the church as a paid nursery worker. Jaquavious, a member of his middle school football team who loves video games, is like most kids his age. Where he might be different is his hunger to learn about Scripture and how to apply it in his life.

Last summer, Jaquavious got saved before attending SuperWow. As the only student LaRoche took on that trip, it was a week where Jaquavious' decision found firm ground. Most recently, he joined other new members of First Baptist's youth group to invite people door-to-door to the church's Easter services.

A friendly kid who mows yards in his neighborhood – "I don't think he gets paid for all of them," remarks LaRoche. – Jaquavious invited a friend of his to youth group. That friend ended up praying to be a Christian. Recently, he and LaRoche went over a list of his friends for whom he could pray.

"He's been growing and staying active. We've talked about the impact he can have on his friends," LaRoche adds.

The number of those active in the student group remains small. But, now opportunities exist where they once seemingly didn't. They've gone on several retreats, had an SEC Championship viewing party, and hosted a 5th Quarter outreach for all the local schools last fall. At the last one, the church with a youth group in the single digits had upwards of 30 students in its building.

A former church planter, LaRoche knows the challenges of building a group. He's just as familiar with the concept of pouring into a few in order to reach many.

It begins with some. It can even begin with one.